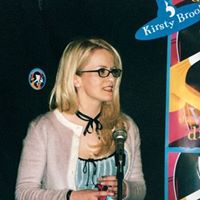 Kirsty Brooks is the author of The Vodka Dialogue, The Happiness Punch, The Millionaire Float, The Lady Splash, (published by Hachette Livre, Australia), Hitching: Tales from the byways and superhighways, Mad Love and Lady Luck (published by Wakefield Press).

She has a Journalism Degree, an Advanced Diploma in Professional Writing and was awarded the Barbara Hanrahan Fellowship in 2004.

She is the director of Driftwood Manuscripts, teaches Professional Writing at AIT Arts and has three chickens, forty rescue birds and one excellent dog.

Kirsty has been a guest at every major Australian writers’ festival. She runs workshops and seminars on writing, publishing and manuscript assessment, is a mentor for emerging writers and is currently writing her upcoming titles, The Tequila Bikini and The Dignity Flip along with a new YA series. 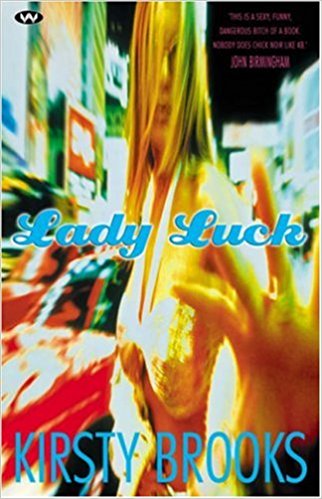 Romantic comedy meets noir crime novel in this sassy tale of love, disaster, and junk food. Fresh from being dumped and discovering that her ex-boyfriend is a well-known drug dealer, Phoebe has never been lower. Worse still, she's accidentally ended up with some of her ex's merchandise and now must try to evade the alluring policeman Jackson Sinclair and safely unload her unwanted cargo. As Phoebe tries to get her life back together she also takes a chance on striking up a romance with Sebastian, a new love interest—with an equally mysterious past.
Buy Paperback Version
Scroll to top