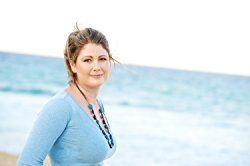 My Child Columnist, wrangler of her sticky brood of boys, and self diagnosed chocoholic, Kylie Kaden was raised in Queensland and spent holidays camping with her parents and two brothers at the Sunshine Coast, where much of Losing Kate is set. She now lives in Brisbane with her husband and three young sons. As the only female in a house of males, she stays sane by plugging away with her writing whilst her youngest naps (and the washing mounts).
Losing Kate is her first novel and was discovered on the Random House slush pile. She was offered a publishing contract just days later. German rights to Losing Kate were snapped up at the Frankfurt Book Fair, and is now available (Der Sommer Mit Kate).
Her second novel, Missing You, was released in April 2015. While the blurb will tell you her second novel is about a young woman, who leaves her son in the dead of night and doesn't come back. That it is about her family, who's concern quickly turns to fear when her bloodstained car is found abandoned. That it is about a couple, hopelessly in love, but missing each other even before they were apart. While it is about all those things - a love story and a thriller, the author states Missing You is mostly about family dynamics when relationships are tested by adversity. 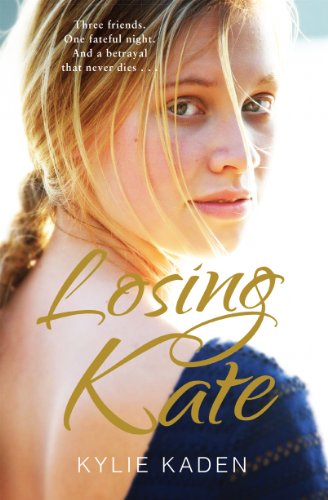 This mesmerizing debut is part love story, part mystery, telling the captivating story of two lovers torn apart by tragedy and the secrets they kept of one devastating night. I’m the most authentic version of myself when I’m around Jack. We’ve known each other since we were kids, and our relationship was always one of mudpies and mocking. Then everything changed. Beautiful Kate, my best friend, disappeared on a moonlit beach after Jack dumped her for me. Jack was a suspect and, sure of his innocence, I lied to protect him. I know Jack didn’t kill her. Our betrayal did. 13 years later, I am 30, childless, and single, attempting to renovate my life rescuing a rundown worker’s cottage. All is as it should be in my safe little world—until Jack buys the vacant lot behind my house, and the feelings that we buried all those years ago—the guilt, the love, and the pain—resurface. We can’t keep running away from the past—and to move forward we have to know what really happened to Kate.
Buy Kindle Version
Buy Paperback Version 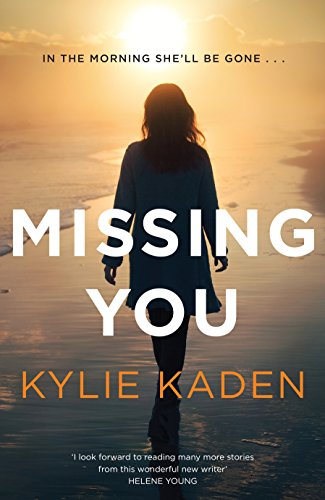 When Aisha met Ryan she fell hard for his good looks and easy charm. Why worry that he didn't want children or a 9 to 5 job? Nothing and no one would come between them. But with the birth of their high-needs son, Eli, their extraordinary love is shackled into an ordinary life, their passion blunted by responsibility. Until Ryan can't take it anymore. Then, following a mysterious phone call late one night, Aisha leaves four-year-old Eli in the care of her elderly father Patrick - and doesn't come back. As Patrick struggles with the grandson he barely knows or understands, his frustration with his missing daughter and absent son-in-law quickly turns to fear. Particularly when blood is found in Aisha's abandoned car . . .
Buy Kindle Version
Buy Paperback Version
Scroll to top