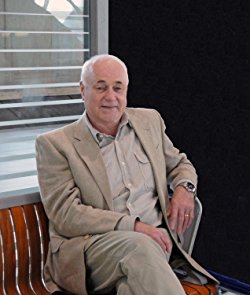 L.A. De Michiel was born in Sydney, Australia to Irish and Italian parents.
He lives with his wife in Sydney.

Author of TRUST and ORCHESTRATED FATE. 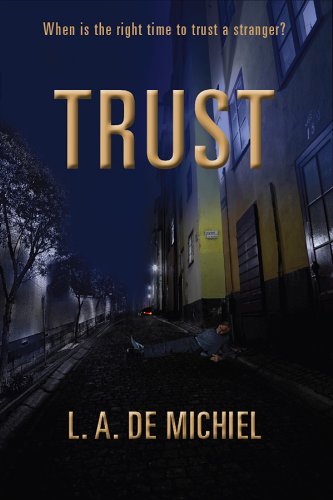 Olympic fencer Luke Montgomery returns home to find a stranger dying on his doorstep. The dying man begs him to “Warn her.” He grips Luke’s hand and reveals a card belonging to a Cassandra Linden pinned beneath the collar of his jacket. Scrawled on the back of the card is a short personal message: Carry my memory only in your heart. Seeing the anguish in the man’s eyes, Luke promises to call her. Later that night, he receives a cryptic phone call that makes him realise he is being framed for the murder. The slain man is noted History Professor Simon Blayne, and the weapon used was a broadsword presented to Luke by his grandfather. When Cassie’s name is found scribbled on a business card in the wallet of another man, who is murdered with the same weapon whilst she is in Luke’s company, the police demand answers that neither Cassie nor Luke can supply. Cassie, like Luke, would also like answers. Together they discover that Professor Blayne had uncovered an international cartel falsifying documents in order to legitimise stolen works of art and artefacts that have been packed away in museum basements for decades. Luke learns his father has involved the prestigious Montgomery Exports in the enterprise. His fight to clear the family name plunges them into a world dominated by thugs and directly into the path of Tolley, a ruthless killer. Abducted by Tolley, Cassie reluctantly agrees to his extraordinary terms and a bizarre relationship evolves. During the long drive into the remote Australian outback to his private burial grounds, Tolley taunts Cassie with his macabre mind games and soon learns that she is a worthy adversary. Furious and feeling guilty that he was unable to protect her, Luke is unrelenting in his race to get her back.
Buy Kindle Version
Buy Paperback Version 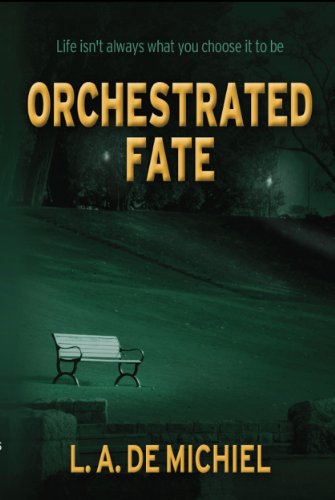 Arriving in Sydney, Kelvin Kempton finds accommodations at a small terrace house owned by the elderly Miss Clumpmire. Inspired by her bizarre sense of humour, he becomes what he really wants to be: a stand up comedian. He falls in love with Cynthia, and life is perfect. But their six-year relationship ends shortly after his career ends abruptly. Depressed and disillusioned, Kelvin trudges through life until he unexpectedly hears Cynthia’s infectious laugh — his laugh — one she now shares with wealthy lover, Marcus Weatherly. Losing what is left of his common sense, Kelvin follows them home. Kelvin, in a fit of rage, finds himself inside Weatherly’s house. His anger subsides as he is drawn to a Chagall hanging in the study. Lifting it off its mountings, he realises there is nothing to stop him from simply walking away with the masterpiece. Later regretting his impulsive action, he becomes horrified when he learns that Cynthia and Marcus had been shot later that same night — Marcus fatally. On the death of Miss Clumpmire, Kelvin meets Maze Willow, and he uncovers the secrets and manipulation of his past and the plans for his future life. Maze entices him to the Château des Croyants and introduces him to an ancient religion and the beautiful Nadia. Infatuated with Nadia, he learns the secrets the walls of the Château conceal. Attempting to put right his actions, Kelvin reluctantly teams up with Cynthia’s long-time friend, Ruth Stanton. Together, they discover that the painting is shrouded in fraud and conspiracy and that an assassin has been hired to ensure its destruction.
Buy Kindle Version
Buy Paperback Version
Scroll to top