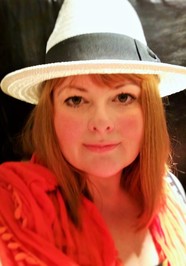 Dr L.J.M. Owen escapes dark and shadowy days as a public servant by exploring the comparatively lighter side of life: murder, mystery and forgotten women's history. An Australian author, archaeologist and librarian with a PhD in palaeogenetics, L.J.’s focus is on transforming science and history into accessible fiction with a broad appeal.

The first book in the series, Olmec Obituary, introduces readers to a young Dr Elizabeth Pimms, an archaeologist-librarian who solves ancient mysteries from across the globe. Struggling with grief, loss and difficult colleagues, Elizabeth searches for the identity of those buried in a royal Olmec cemetery discovered deep in the Mexican jungle. Olmec Obituary was awarded a Highly Commended in the 2016 ACT Writing and Publishing Awards.

The second book in the series, Mayan Mendacity, explores the ancient world of Maya politics, scribes and female rulers.

The third, Egyptian Enigma, will plunge Elizabeth into a world of missing mummies, forgotten female Pharaohs and modern cannibals. It is due for release in 2018.

In addition to writing, L.J. is a panellist, interviewer, workshop provider and public speaker. Rare moments of free time are spent experimenting with ancient recipes…under strict feline supervision, of course. 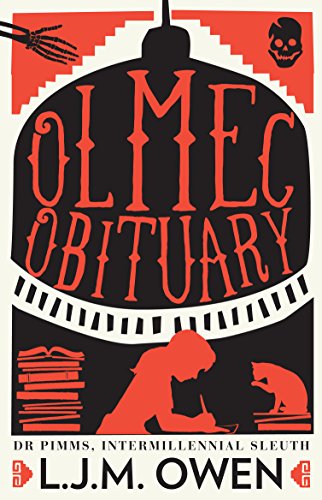 Yearning for her former life as an archaeologist, Australian librarian Dr Elizabeth Pimms is struggling with a job she doesn’t want, a family she both loves and resents, and enforced separation from her boyfriend. A royal Olmec cemetery is discovered deep in the Mexican jungle, containing the earliest writing in all the Americas. Dr Pimms is elated to join the team investigating these Aztec ancestors. Triumph is short-¬lived, however, as Elizabeth's position on the team is threatened by a volatile excavation director, contradictory evidence, and hostile colleagues. Amid seventeen concealed skeletons, an evolving mental library, and Welsh soup, can Dr Pimms determine cause of death for a 3,000-‐year-‐old athlete before being fired? With the archaeological intrigue of Elizabeth Peters, forensic insight of Kathy Reichs, and comfort of a cosy mystery, Olmec Obituary is the first novel in a fascinating new series by archaeologist and palaeogeneticist L.J.M. Owen: Dr Pimms, Intermillennial Sleuth.
Buy Kindle Version 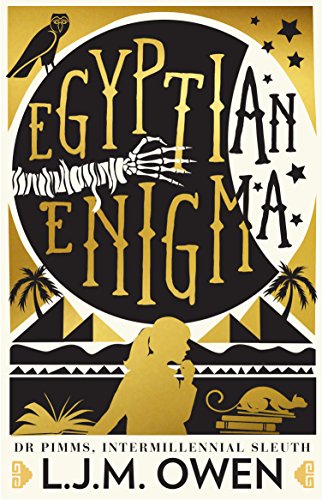 Dr Elizabeth Pimms, enthusiastic archaeologist and reluctant librarian, has returned to Egypt. Among the treasures of the Cairo museum she spies cryptic symbols in the corner of an ancient papyrus. Curiosity leads Elizabeth and her gang of sleuths to investigate a cache of mummies hidden in the Golden Tomb. What is the connection between the Tomb and Tausret, female Pharaoh and last ruler of Egypt's Nineteenth Dynasty? How did the mummies end up scattered across the globe? And is Elizabeth’s investigation related to attacks on her family and friends? Between grave robbers, modern cannibals, misinformed historians and jealous Pharaohs, can Dr Pimms solve her new archaeological mystery? Filled with ancient murder, family secrets and really good food, Egyptian Enigma is the third adventure in the charming crime series: Dr Pimms, Intermillennial Sleuth. Really cold cases.
Buy Kindle Version
Scroll to top