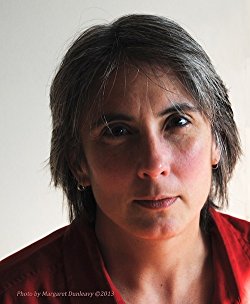 American-born author Laura E. Goodin decided at seven years old to be a writer. Over the decades, she's worked as a reporter, editor, technical writer, media manager, web-content developer, writing teacher, and freelance writer, but it was only as she entered her 40s that she determined to return to her childhood dream of writing stories that would amaze and entertain. She was transmuted in the crucible of the 2007 Clarion South Workshop, and went on to gain a Ph.D. in creative writing from the University of Western Australia. Her stories have appeared in numerous publications, including Michael Moorcock's New Worlds, Andromeda Spaceways Inflight Magazine, Review of Australian Fiction, Adbusters, Wet Ink, The Lifted Brow, and Daily Science Fiction, among others, and in several anthologies. Her plays and libretti have been performed on three continents, and her poetry has been performed internationally, both as spoken word and as texts for new musical compositions. She currently teaches writing at various tertiary institutions. Her debut novel, After the Bloodwood Staff, was published in 2016 by Odyssey Books, and her next novel, Mud and Glass, is in press with Odyssey.

She lives in Melbourne with her husband, composer Houston Dunleavy, and spends what little spare time she has in trying to be as much like Xena, Warrior Princess as possible. 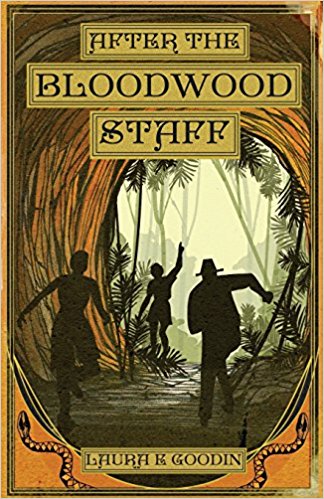 After the Bloodwood Staff

The sedentary and impractical Hoyle meets Sybil Alvaro in a used bookstore, and she invites him to follow in the footsteps of her favourite author in a search for the mysterious Bloodwood Staff. He’s spent his entire life reading vintage adventure action, and thinks he knows how these things should go. In the mountains west of Sydney, his expectations are almost immediately derailed, as nobody – not Sybil, and certainly not the irrepressible Ada Drake, stand-in for the obligatory plucky urchin – behaves the way they’re supposed to. As they gradually realise that their lighthearted adventure has put themselves and their loved ones in dire peril, Hoyle is forced to face the fact that he is woefully unsuited to be the stereotypical hero. A deliberate subversion of adventure, fantasy and satire tropes, After the Bloodwood Staff is a brilliant and unexpected ride.
Buy Kindle Version
Buy Paperback Version
Scroll to top