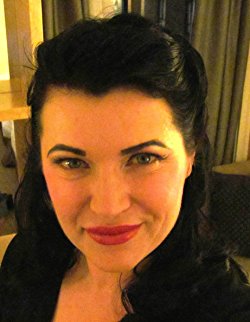 I grew up in the seventies and eighties with a bit of an 'alternative' background, and lived in Australia, New Zealand, England and Europe, finally finishing my last year of high school in L.A.

Back in Australia I spent the years between 17 and 35 living in Sydney, Melbourne, the Northern Rivers and Brisbane, working a variety of jobs: waitressing, dancing, reception, massage, apprentice chef (dishpig), checkout chick - you name it, the dodgier the better. My first job ever was working as a cook/deckhand on a prawn trawler out of Cairns. I had an early morning watch where I had to drive the boat until the day I crashed it into a reef.

I started my first Simone Kirsch book, Peepshow, in 2000 while living in Elwood and St Kilda. I'd always wanted to write, but had found it much easier to talk about than to do! I was attempting a Diploma of Professional Writing and a Private Investigator's Certificate (never finished either) and I think that by creating Simone I was paying homage to the hard boiled PI novels I loved, while replacing the private dick with a female character who managed to be an ass-kicking bad-girl and feminist, all at the same time. Since then I've written another 3 books in the series: Rubdown, Cherry Pie and Thrill City.

After living and teaching in Vietnam for 4 years I moved back to Melbourne where I'm trying to juggle study, raising two crazy little boys, and finishing the 5th Simone book, Repentance Creek. 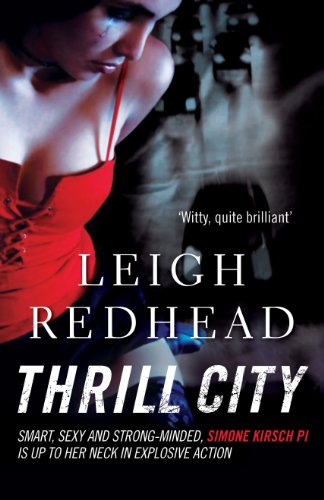 Simone Kirsch, ex-stripper, sleuth and bad girl, is back in business - and before she has time to crack a bottle of cheap champagne to celebrate the opening of her very own detective agency, she's up to her neck in lethal fun and games. It all starts off quite innocently, when a best-selling crime novelist, Nick Austin, wants to follow her around for a few days as background research for his next novel. But the day after he, his ex-wife and her new lover all appear on the same panel at a writers festival, his ex-wife is found brutally murdered and Nick disappears, leaving Simone with more trouble than she can handle. While she can take murderous bikies, desperate publishers, poetry slams and a crystal meth-addicted psycho killer with literary ambitions in her stride, Simone is also juggling her very pregnant and possibly hormonally unbalanced best friend, Chloe; her ongoing attraction to ex-cop, Alex; and her boyfriend, Sean, who wants her to give up her agency and move to Vietnam. All up, life is complicated - not to mention the fact that she's facing the toughest, most dangerous case of her career. 'Witty, quite brilliant...' Weekend Australian
Buy Kindle Version
Buy Paperback Version 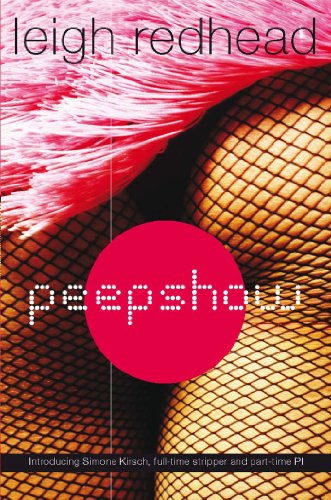 Simone Kirsch aka Vivien Leigh is sexy, funny and intelligent. And she needs it all as she goes undercover, stripping at the table dancing club, The Red Room, to find out who killed the sleazy owner, Francesco 'Frank' Parisi. It's the only way to get her best friend Chloe back from Frank's underworld brother Sal who says he'll kill her unless Simone can come up with the real murderer. After graduating top of her private investigators course and working in a peepshow, Simone has a few tricks up her sleeve . . . and she's never been afraid of getting herself into sticky situations. But now she's tangling with the city's most corrupt cop, some crazy strippers and a rockabilly band called Las Vegas Grind.
Buy Kindle Version
Buy Paperback Version 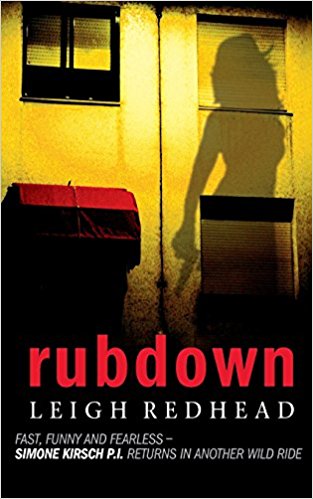 Simone Kirsch and her best friend Chloe, celebrity stripper, return in Simone's first official case as a private investigator Simone Kirsch, P.I. has given up stripping and is trying to be straight. But she can never stay straight for long. She's been hired by prominent lawyer Emery Wade, to follow his wayward daughter Tamara. Tamara has been taking drugs and working in the sex industry, and daddy fears a scandal that will affect not just his reputation, but that of her hotshot athlete brother and his high-profile fiancee. Tangling with a drug dealer, a sleazy brothel owner, and a bizarre love quadrangle with three cops, time is running out for Simone to get to the bottom of it all before someone tries to keep her quiet.
Buy Kindle Version
Buy Paperback Version 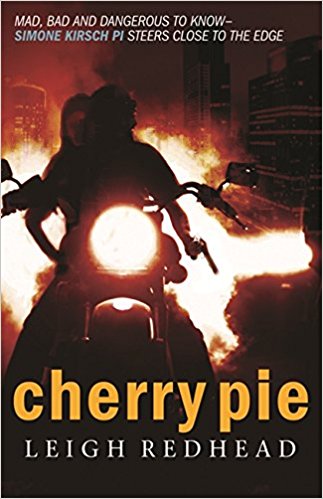 Leigh Redhead goes from strength to strength, with The Australian calling Rubdown 'the best Australian crime novel this year'. 'Cherry Pie' continues the exploits and adventures of the irresistible and wholly irrepressible Simone Kirsch - it's all love, sex, cheap cask wine and crime down the dirty end of St Kilda.
Buy Kindle Version
Buy Paperback Version
Scroll to top
We use cookies to ensure that we give you the best experience on our website. If you continue to use this site we will assume that you are happy with it.Ok