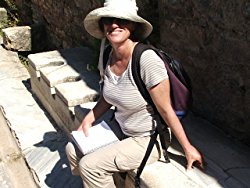 Women's fiction and romance author Lilian Darcy has written more than eighty novels for Harlequin, Silhouette, Mira Australia, and Mills & Boon. Under another name she has also written for Australian theater and television.
Lilian's career highlights include many appearances on the Waldenbooks Romance Bestsellers list, five nominations for the Romance Writers of America's presitious Rita Award, and translation into twenty different languages.
Lilian has an active family life involving kids, chickens, cats, music, scouting, gardening, hiking and horses. Oh, and there's a husband in there somewhere, too.

Her upcoming releases include the first book in her Cherry Sisters trilogy, "The One Who Changed Everything" from Harlequin Special Edition, and a novella, "Marry Me, Cowboy" for Tule Publishing's Copper Mountain Rodeo mini-series, part of the exciting new Montana Born series, with authors such as Jane Porter, Megan Crane and C.J. Carmichael. 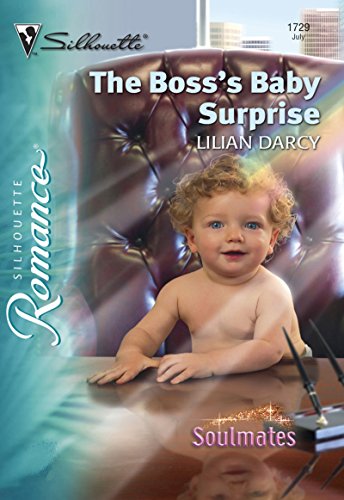 Down-to-earth, dependable Cecelia Rankin was not the kind of woman who believed in dreams-come-tnje…but that's exactly what seemed to be happening! She kept dreaming of her gorgeous, millionaire boss Nick Delaney–no surprise there–but with a crying baby? Then Nick discovered he was guardian of an orphaned baby boy…. Nick was surprised–absolutely shocked! What did he know about bottles or baby booties? Thank goodness his assistant, Cecelia, was there to help him. But as they spent intimate moments together, Nick found that now he was dreaming…that he could make shy, sexy Cecelia his wife!
Buy Kindle Version
Buy Hardback Version 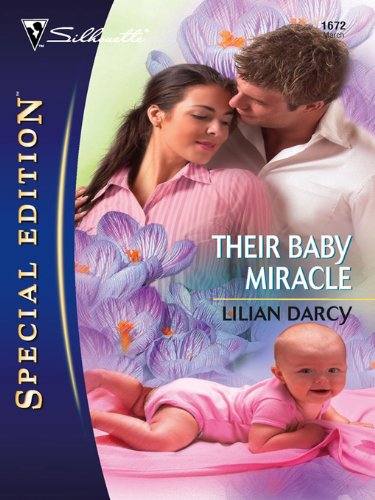 SURPRISE PACKAGE! When Lucas Halliday saw Reba Grant for the first time in months, he was in for a shock: Reba was pregnant—with his baby—and she'd just gone into labor! Reba couldn't believe it—this baby was coming way too early. And Lucas was hardly supposed to be her birthing partner. For she'd thought—and feared?—that she'd seen the last of the billionaire businessman, despite all that had happened between them. Now, with their tiny daughter fighting for survival, Reba was surprised to realize Lucas was a loving, devoted father. And that gave her hope—that maybe Lucas had potential as a husband, too….
Buy Kindle Version
Buy Paperback Version 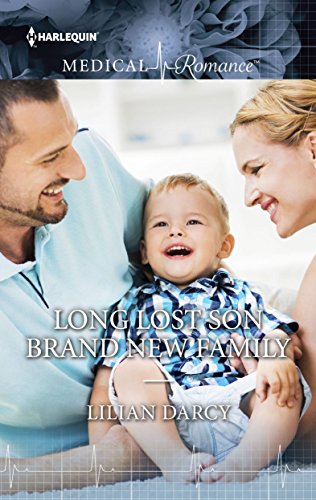 A child who needs his father… Janey Stafford never expected to become a mum, but now she must raise her vulnerable little nephew, who has lost his mother. Janey's only wish is to ensure the boy's happiness—she'll even go in search of Luke, the boy's father. But en route they're involved in an accident—she is hospitalised, and her nephew goes missing… Luke Bresciano keeps a vigil at Janey's hospital bedside, determined to discover why she's in Crocodile Creek, and whether she can help him find his son. Luke and Janey go way back, but could her shocking news unite them—this time as a family…?
Buy Kindle Version
Buy Hardback Version 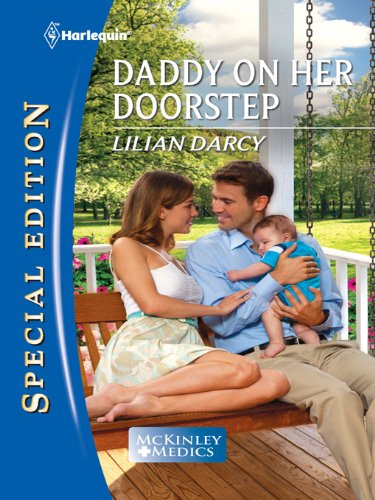 Daddy on Her Doorstep (McKinley Medics)

Obstetrician Andrew McKinley was intrigued by his new single tenant and neighbor, who looked about ready to pop—and also about ready to jump down the throat of anyone who even hinted that she might need some help. So he knew he should not get involved. But with Claudia showing every sign of labor, what could he do but come to her aid? Manhattan accountant Claudia Nelson was a self-confessed control freak. Research, plans, schedules—that was her approach to everything, including having her baby. Suddenly nothing was happening as she'd expected. Because after going to so much trouble to go it alone, how could the man on her doorstep turn out to be her knight in shining scrubs?
Buy Kindle Version
Buy Paperback Version 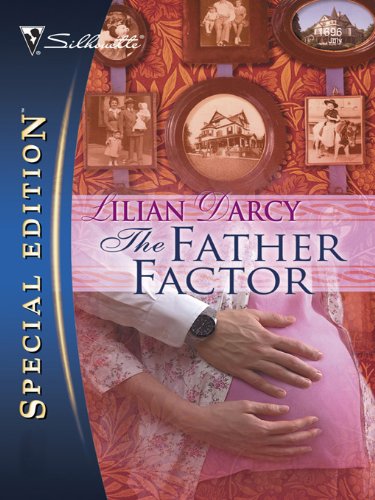 THE SHOCK OF HIS LIFE! Shallis hadn't been expecting to find him sitting in his father's chair in the small-town law practice: Jared Starke. Devastatingly goodlooking. Hotshot big-city corporate lawyer. And the former Miss Tennessee had also not expected a meeting about the mysteries of her late grandmother's estate to lead to a sizzling secret affair…. But it had. And how! And now Shallis was unexpectedly, accidentally, pregnant. With Jared's baby… Of course, she had to tell him. Only, she had no idea that Jared had just received another pretty major piece of fatherhood news. One that would rock his very foundations….
Buy Kindle Version
Buy Paperback Version 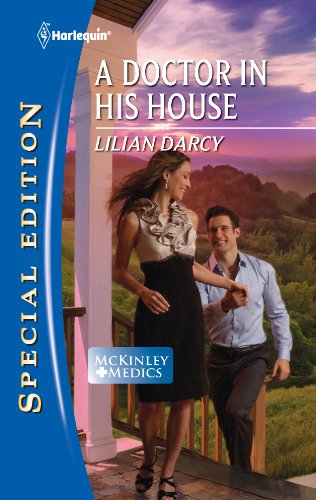 A Doctor in His House (McKinley Medics)

Burned-out doctor Scarlett McKinley needed a hero…and sexy cop Daniel Porter fit the bill. The problem was, when she'd met him six years ago while rebounding from a divorce, their five-alarm affair hadn't been enough to keep them together. But now that a serious ordeal put her in close quarters with the man who still sent her pulse racing, it was time to find out if the second time's the charm. Sworn to protect and serve, Daniel knew his connection to Scarlett went deeper than that. He'd let their different social circles take her from his arms once, but he wouldn't let it happen again. Because now he was determined to heal her with love that will last a lifetime!
Buy Kindle Version
Buy Paperback Version 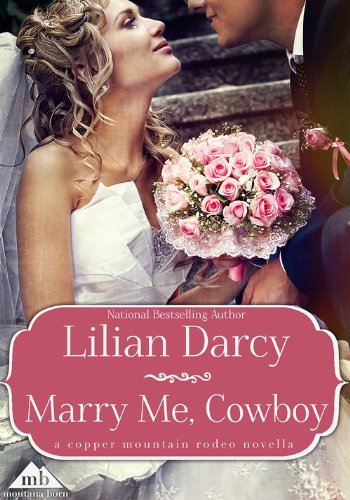 Champion barrel-racer Tegan Ash has nothing left to go home to in her native Australia and every reason to stay in the USA. But her visa is about to expire, and her prospective groom has called off their green-card wedding. Jamie MacCreadie doesn’t actually want to marry a woman he can't stand, but his best friend and fellow rodeo rider Chet has just let her down and, somehow, he finds himself offering to do the deed instead. There’s no chance it could turn into the real thing, because they have nothing in common… do they?
Buy Kindle Version 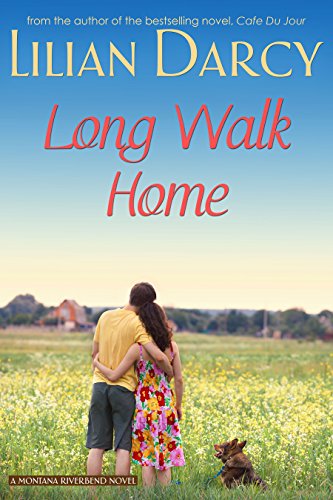 Everyone has baggage by the time they’re into their thirties. When single mom and Marietta High School teacher Gemma Clayton acquires a strong, family-oriented and very good-looking new neighbor over her back fence, she’s not put off by his complicated past as the attraction flares between them. Her own past is a very different matter, however. Nobody knows what she went through on the night of the 1996 Marietta High School senior prom, between running after Judd and Garth Newell’s car as it left River Bend Park and limping into her friend Neve Shepherd’s street two hours later. But Gemma’s secrets have been rusted up inside her for so long that not even a gorgeous man like Dylan Saddler can help her to break them free. A Montana River Bend series Book 1: Late Last Night Book 2: The Sweetest Thing Book 3: The Sweetest Sound Book 4: After the Rain Book 5: Long Walk Home
Buy Kindle Version
Buy Paperback Version 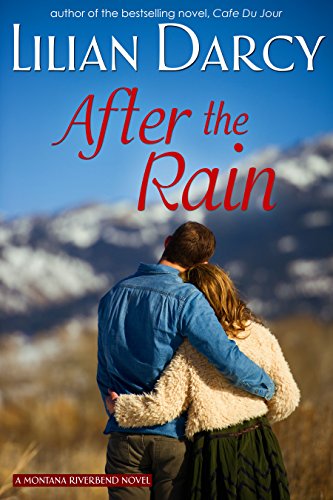 River Bend Series - Book 4 How do you stop being angry at someone when they’re gone? Kira Shepherd Blair’s older sister Neve died eighteen years ago at River Bend Park, on the night of the 1996 Marietta High School senior prom, and Kira is still mired in feelings she can’t resolve. So much of her life has been shadowed by Neve, from the adolescence she spent banished from the family spotlight because Neve was so greedy for it, to the bad marriage she made at twenty-one because she and her parents needed the security and the promise of a future, after Neve’s tragic death. Kira is working to make a good life for herself and her ten-year-old son Jake after her divorce and is finally starting to feel that she’s getting on track, when Neve’s high school boyfriend Casey “Jay” Brown comes back to Marietta and turns everything upside down. Casey has never known in his heart how much he was to blame for what happened to Neve that night, but when he and Kira are forced to work together at the renowned Haraldsen Architectural Foundation in the foothills of the Absaroka Mountains, she leaves him in no doubt as to her opinion on the issue. That’s how you stop being angry at someone when they’re gone. You channel your anger onto the man you hold responsible, the man who’s right here, no matter how heart-stoppingly gorgeous he is. River Bend Series Book 1: Late Last Night Book 2: The Sweetest Thing Book 3: The Sweetest Sound Book 4: After the Rain
Buy Kindle Version
Buy Paperback Version 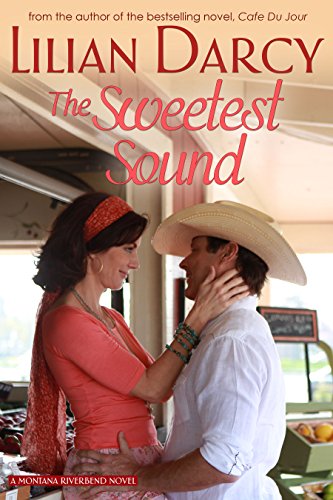 A Montana River Bend Series - Book 3 Orthopedic surgeon Dr Charlie Barnett barely has time to buy new socks, let alone time to fall in love. Spanish street musician Ramona Garrido-Lopez isn’t looking for love, either. With her parents depending on her, their only child, all she really wants is to make them happy. Despite the sparks that fly between them, she and Charlie couldn’t possibly be serious about each other, when they’re committed to lives on opposite sides of the Atlantic Ocean… could they? A Montana River Bend Series Book 1: Late Last Night Book 2: The Sweetest Thing Book 3: The Sweetest Sound Book 4: After the Rain Book 5: Long Walk Home
Buy Kindle Version 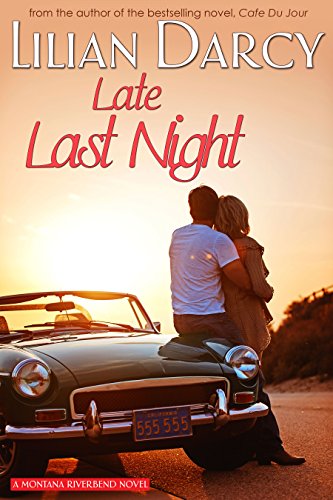 River Bend Series - Book 1 It’s May 1996 and Marietta High School English teacher Kate MacCreadie is almost at the end of her rope, torn between the demands of her work and her heavy involvement in helping her younger brother Rob and his wife Melinda take care of their five young children on the MacCreadie family ranch. When Marietta’s fine-looking new sheriff, Harrison Pearce, pulls Kate over for her third traffic violation in as many months, they both know it’s a sign that something has to give. Kate finds it almost a relief to be told by this calm, strong man to get her life in order, and then she just keeps on seeing him - at school after there’s been a suspicious break-in, on the evening of the prom when he’s off duty and driving his nephew and friends to the event in one of his brother’s gorgeous vintage cars. Late that night, after prom is over, a tragedy at River Bend Park brings Kate and Harrison together yet again, and this time, in the highly charged atmosphere, Kate discovers that she never wants to let him go. But with his divorce still fresh, is Harrison ready for someone new? River Bend Series Book 1: Late Last Night Book 2: The Sweetest Thing Book 3: The Sweetest Sound Book 4: After the Rain
Buy Kindle Version 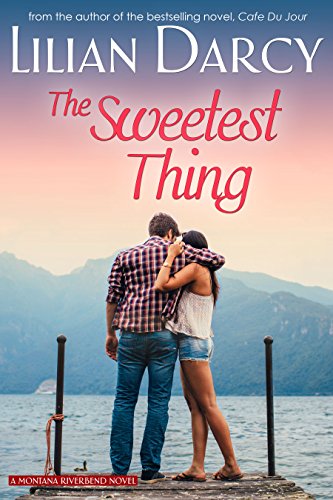 A Montana River Bend Series- Book 2 Tully Morgan hasn’t been back to Marietta for more than a few brief visits since the night of the 1996 senior prom eighteen years ago, when the chance exposure of a long-held family secret sent her running to her uncle in California in shock. She stood up her date Ren Fletcher that night, and she hasn’t seen him since. Now she’s here for an extended stay, to help take care of her seriously ill mother. It’s an edgy reconciliation, the first time that Tully, Patty and Sugar Morgan have been together since that long ago prom night. Tully has had so much anger toward Sugar… can she ever forgive her? And Sugar still has one more secret that needs to be dealt with, one that needs Ren Fletcher’s help. Has he forgiven Tully for leaving him in the lurch on prom night? And is there any chance that he and Tully can rekindle what they might once have had, when he’s still tied to someone else? A Montana River Bend Series Book 1: Late Last Night Book 2: The Sweetest Thing Book 3: The Sweetest Sound Book 4: After the Rain Book 5: Long Walk Home
Buy Kindle Version
Buy Paperback Version
Scroll to top