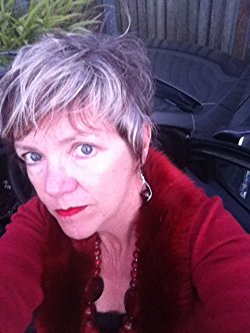 Lindsay Simpson is the author and co-author of eight books, five of which are in the true crime genre. I love the idea of Amazon as previously my books have mainly been available in Australia yet they should have a much wider appeal.
Brothers in Arms, the first book I co-authored with my best friend, Sandra Harvey is being shown as Bikie Wars, Brothers in Arms, a six-part mini series in Australia this year produced by Screentime, producers of the well known Australia miniseries, Underbelly. The book sold around 100,000 copies in Australia. It's about a bikie massacre in Sydney involving the Comancheros and Bandidos and it happened on Father's Day. Seven people were killed including a 14-year old girl. Brothers in Arms was the first book in Australia to tackle the creative nonfiction genre in reporting crime in a full length book.

Sandra and I went on to co-author two others books: My Husband My Killer about the murder of Megan Kalajzich in Sydney in 1986. Her husband, Andrew Kalajzich gets out of jail this year after serving a life time imprisonment for hiring a hitman to kill her while he slept next to her in their family home. This book also made it to the screen - a telemovie by Screentime. The Killer Next Door was the last book in which we collaborated. It is the story of a serial killer, a pie salesman who pleaded guilty to murdering six elderly women in the North Shore of Sydney in the late 80s and 90s. Like our other books, it's told in the same style as Truman Capote and reads like a novel, but, using our journalistic skills, is all based on careful research.
My other books include To Have and To Hold, the story of Walter Mikac whose wife Nanette (who was one of my writing students) was killed along with their two daughters in the Port Arthur massacre in Tasmania, Australia in 1996. I have also written More Than One: Twins and Multiples and How to Survive Them as I am a mother f twins. My others books are The Australian Geographic Guide to Tasmania and my first novel, The Curer of Souls - a love story using three nineteenth century diaries as a stepping off point into fiction . it is also about evolution, Charles Darwin and the tyranny of the convict era and explores homosexuality among the convicts as the other love story is about two convict boys. Much of the book is based on fact. Lastly, I co-authored Honeymoon Dive with Jennifer Cooke which came out in 2010. This tells the story of Gabe Watson who is charged with murdering his 26-year old bride on their honeymoon while diving on the Great Barrier Reef in Australia in 2003. 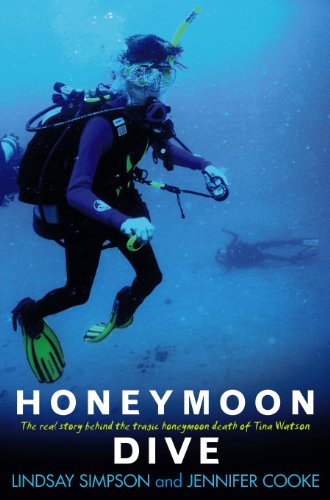 At 10.42 a.m. on 22 October 2003, while diving on the wreck of the SS Yongala on the Great Barrier Reef, an American tourist photographed his new wife for their honeymoon album. Instead the photo would become a vital police exhibit. On the right-hand side of the shot, Tina Watson's body lay 27 metres down on the ocean floor, one arm outstretched, reaching upwards. This is the photograph that shocked millions across Australia and the US. How could a healthy young woman have died, a mere seven minutes into her dive, when Gabe Watson, her buddy and husband of only eleven days, was a certified rescue diver? And why did he later relay sixteen different versions of what happened that day to other divers, police, friends and family? Did he cold-bloodedly shut off her air or did he panic after claiming her flailing arms dislodged his mask and regulator? When he ascended to the surface, was it to get help or to callously abandon his bride to her ultimate fate? These remain the captivating questions at the heart of this true-life thriller. Researched across two continents, Honeymoon Dive is in turns disturbing and enthralling as it painstakingly reconstructs events behind one of Australia's most darkly fascinating tragedies.
Buy Kindle Version 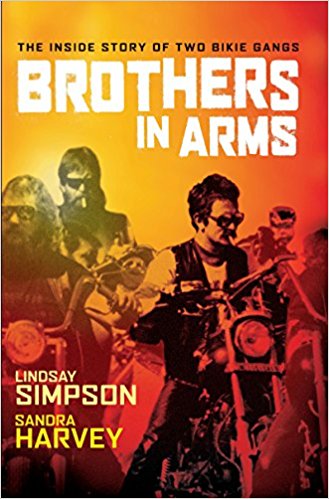 Brothers in Arms: The Inside Story of Two Bikie Gangs

Father's Day 1984: seven people die in a blaze of gunfire on a sunny afternoon in a hotel car park. Among the dead, a fifteen year old girl caught in the crossfire when two heavily-armed bikie gangs, the Comancheros and the Bandidos, clash. Brothers in Arms tells the extraordinary story of this murderous outbreak, from its vicious beginnings in the closed world of Sydney's motorcycle gangs to its inevitable end in death and imprisonment.
Buy Paperback Version 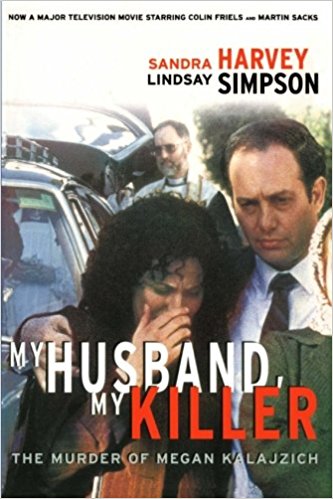 My Husband, My Killer

Two shots through the head at point blank range and Megan Kalajzich bleeds to death in her bed. Lying just inches away, her millionaire husband miraculously escapes the hitman's bullets.A chilling, true-life tale of greed, money and passion, My Husband, My Killer follows a tangled murder plot, hatched by Megan's husband Andrew in the opulence of the Manly Pacific International Hotel and clinched in the seedy alleyways of Kings Cross where the killer was hired.But why would anyone want to murder Megan, and who pulled the trigger?'.all the ingredients and pace of a Hollywood thriller. From the opening sentences, the reader is hooked. Simpson and Harvey's narrative is filled with suspense. - WHO Weekly'Each page bristles with detail and the main players are described in gritty but colourful minutiae. In describing the bizarre and bumbling manner in which the [murder] contract was executed, Simpson and Harvey are at their strongest.' - Sydney Morning Herald
Buy Kindle Version
Buy Paperback Version
Scroll to top