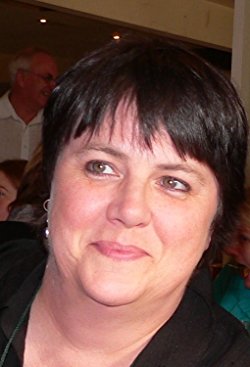 Lindy is an Australian writer of crime fiction and fact - who long ago gave up the fantasy of growing up to be a famous scientist.

The fact that she still harbours a desire to be an astronaut, a warrior chick or an Apache Longbow helicopter pilot would hint that she perhaps hasn't, however, grown up much at all.

Lindy's first published novel was the archaeological adventure Golden Relic. Before being a paperback it was serialised a chapter a month, for 10 months, on the internet as a promotional lead-up to the prestigious International Council of Museums conference held in Melbourne in 1998.

Golden Relic was actually commissioned by the Museum of Victoria (Australia) for ICOM '98; which means Lindy was probably the first writer to earn money from the then fledgling internet. (She certainly beat Stephen King to the punch by a couple of years.) Golden Relic has now come full circle back to the internet and is now an eBook.

Her second novel, Blood Guilt, was published in 1999 with HarperCollins Australia. It and its two sequels, featuring Melbourne PI Kit O'Malley - Bleeding Hearts and Thicker Than Water - now have a splendid new lease on life with her American publisher Bywater Books.

Lindy's latest fiction is the espionage adventure thriller Redback featuring the very cool Bryn Gideon and her team of retrieval agents. First published by MIRA in 2008, it is about to be republished by Clan Destine Press.

Before plunging into the world of make-believe, Lindy worked as a journalist and a book editor.

She also wrote some primary school history texts; and a card game book for kids.

She has been a National Co-Convenor of Sisters in Crime Australia and editor of the group's magazine Stiletto for nearly 19 years.

Somehow, in the last little while, Lindy has also found herself writing and commissioning anthologies of true crime. She is therefore also the contributing editor of Meaner Than Fiction and Outside the Law 2; editor of Outside the Law 3.

With her sister, Fin J. Ross, she co-wrote Killer in the Family (not her own!); and she is also co-author, with Ruth Wykes, of Women Who Kill (again, no one she knows!)

Lindy much prefers to make things up, however, and is currently working on the sequel to Redback; and a YA urban fantasy time-travelling adventure.

In 2010 she entered the realm of the completely adventurous by starting her own publishing company.

And this is it: Clan Destine Press.

Lindy's aim now is to publish the best Aussie genre fiction she can find - and a few more cat books, just for the hell of it.

The genre fiction will include debut novels by some awesomely-talented new writers; the next novels by a couple of names you already know; and new editions by some other Aussie writers who shouldn't have 'not published in Australia yet' or 'out of print' next to their names. 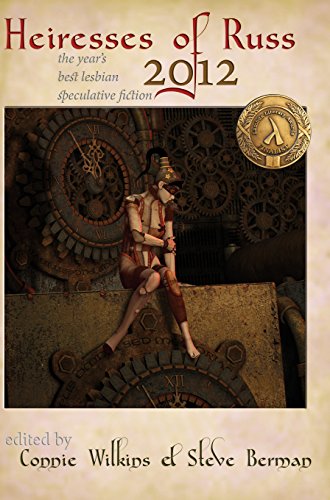 “Our worthy mission was to highlight the breadth and quality of lesbian speculative fiction published during the past year, but our even higher purpose has been to provide a book that any readers with a taste for quality science fiction, fantasy, horror, and all their permutations will enjoy.” —from the Introduction by Lambda Literary Award-winning co-editor Connie Wilkins An unexplained astronomical phenomenon brings a woman and her grandfather closer while she questions the meaning of faith. African villagers in need of aid are sent automatons rather than human relief workers. Mermaids devour men drawn by their song, but what will happen to a steampunk submersible piloted by a woman? Two teenage girls discover that memories are held in the fine aromas of perfumes. A family of sisters in Mexico discovers a fallen angel. These are tales of the strange, the wondrous, the eerie, but all are richly told stories of women facing the unknown and how they are changed by their experiences.
Buy Kindle Version
Buy Paperback Version
Buy Hardback Version 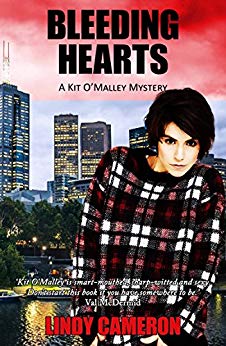 ook 2 in the Kit O'Malley series. Poison pens can draw blood. And that is exactly why TV presenter Rebecca Jones hires private eye Kit O'Malley to investigate the threats against her. But the trouble with being tenacious, tough, and too smart for her own good is that everybody else wants her on their team. As if trying to keep Rebecca alive and on the air wasn't enough, Kit is beset by a clutch of other people's catastrophes that require her very particular skills to resolve. And, as Kit is the detective who can't say no, before she knows it she is up to her eyes in the worst that Australia's criminal minds can throw her way. Money laundering, sordid sexual shenanigans, abduction, political sleaze, and murder among Melbourne's movers and shakers threaten to swamp Kit as she picks her way through the morass of double-dealing, treachery, and outright greed. As if that's not enough, the beautiful and sexy Alex Casenove sweeps back into her life, reminding Kit that love is almost as deadly as hate and that murder never happens at a convenient time. Bleeding Hearts, the sequel to the highly acclaimed debut Blood Guilt, is a tightly plotted romp through the dark underbelly of Australia's most-cultured city, vibrantly demonstrating that even the heartless bleed.
Buy Kindle Version
Buy Paperback Version 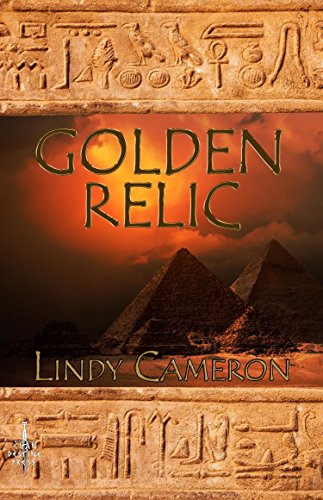 A rollicking good yarn that mixes detective fiction with Indiana Jones-style adventure. When Professor Lloyd Marsden is found murdered in the Museum of Victoria, Special Detective Sam Diamond is assigned to catch the killer. Thrown into a world of obsessive collectors, strange poisons, funerary rites and ancient artefacts, Sam's photographic memory and cryptic crossword skills are invaluable tools in her investigation. But when archaeologist Dr Maggie Tremaine whisks her halfway round the world in pursuit of the truth, Sam finds way more questions than answers. From Australia to Egypt to Peru Sam and Maggie hunt down the clues to a strange pact and a legendary relic. This novel was originally written for ICOM '98, the International Council of Museums' triennial conference, hosted by the Museum of Victoria in 1998. The ICOM '98 committee had the novel idea of promoting the prestigious conference, and its host city Melbourne, by commissioning a crime novel set in the museum world.
Buy Kindle Version
Buy Paperback Version 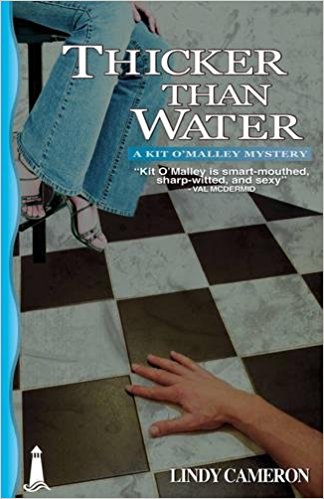 Kit O’Malley is smart-mouthed, sharp-witted, and sexy.”—Val McDermid Kit O’Malley, the Australian PI with the mean right hook, is smarter, tougher, and more dangerous than ever, and she is on the scene when a corpse belonging to a member of a notorious Melbourne crime family is found at her local bar. Asking the right questions of the wrong people sees Kit and her friends dragged into serious danger. Blood Guilt and Bleeding Hearts, the first two Kit O’Malley mysteries, are also available from Bywater Books. Lindy Cameron lives on the Mornington Peninsula outside Melbourne, Australia.
Buy Kindle Version
Buy Paperback Version
Scroll to top