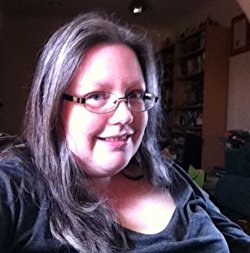 Livia Day fell in love with crime fiction at an early age. Her first heroes were Miss Jane Marple and Mrs Emma Peel, and not a lot has changed since then. She has since added Lois Lane, Stephanie Plum and Veronica Mars to the list!

She has lived in Hobart, Tasmania for most of her life, and now spends far too much time planning which picturesque tourist spot will get the next fictional corpse.

Livia's first crime novel, A TRIFLE DEAD, was released by Twelfth Planet Press in May 2013. Livia has since followed up with a novelette (THE BLACKMAIL BLEND) and second novel, DROWNED VANILLA. All are available from the publisher's website, and the usual book-buying places. 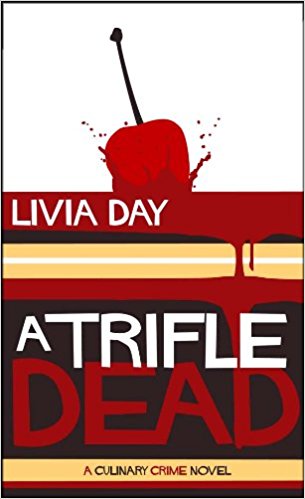 Tabitha Darling has always had a dab hand for pastry and a knack for getting into trouble. Which was fine when she was a tearaway teen, but not so useful now she’s trying to run a hipster urban cafe, invent the perfect trendy dessert, and stop feeding the many (oh so unfashionable) policemen in her life. When a dead muso is found in the flat upstairs, Tabitha does her best (honestly) not to interfere with the investigation, despite the cute Scottish blogger who keeps angling for her help. Her superpower is gossip, not solving murder mysteries, and those are totally not the same thing, right? But as that strange death turns into a string of random crimes across the city of Hobart, Tabitha can’t shake the unsettling feeling that maybe, for once, it really is ALL ABOUT HER. And maybe she’s figured out the deadly truth a trifle late… A TRIFLE DEAD is a culinary crime novel – delicious food, good coffee, cute frocks and okay, the occasional gruesome murder. Shortlisted for Best Debut Book, Davitt Awards for Australian Women's Crime Writing. **BONUS SECTION includes recipes to make your own trifles.** CAFE LA FEMME BOOKS: A Trifle Dead - Book 1 The Blackmail Blend - mini mystery Drowned Vanilla - Book 2 Keep Calm and Kill the Chef - Book 3, coming soon REVIEWS: Part of the reason it was so enjoyable is that there's nothing maliciously daft about Tabitha. In fact there's a distinct feeling that her tongue is quite firmly placed in her cheek ... there were points when I found myself laughing. - AustCrimeFiction This was a fun, modern read, that managed to be a mystery story, a celebration of cooking, a sparkling romance and a portrait of Hobart all at once. - InkAshlings This fun, cosy style novel is the start of a new mystery series which features a quirky Australian voice, memorable characters and delicious sounding food. - Adventures of an Intrepid Reader A TRIFLE DEAD is a light, funny and enjoyable read blending mystery, humour and a touch of romance. Oh and there are delicious recipes on the final few pages, ideal for an aspiring foodie or any reader with a sweet tooth. I am looking forward to the next installment. - Book'd Out This was an extremely entertaining book ... In the true spirit of a culinary crime novel there are dessert recipes at the end for adventurous readers to try. It is a cross between chicklit and murder mystery - tasREADSmania AUTHOR BIOGRAPHY: Livia Day is a stylish, murder-obsessed fashionista who lives inside the head of someone else entirely. Tansy Rayner Roberts is a mother, a blogger, a podcaster, and a Hugo-award winning critic. Together they WRITE CRIME. And sometimes they invent ice cream recipes. Livia is the author of the Café La Femme series of cozy mystery novels, including A TRIFLE DEAD and new release DROWNED VANILLA. Warning: reading these books will make you crave dessert. And maybe coffee.
Buy Kindle Version
Buy Paperback Version
Scroll to top