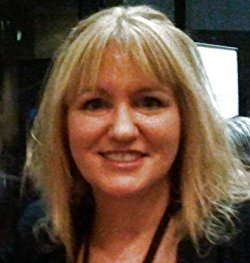 Louise Cusack lives in Australia, in a tiny fishing village on the southern tip of the Great Barrier Reef where kangaroos are regular visitors in her yard. She's a long-time vegetarian and caffeine addict who spends her spare time on Facebook and Netflix. Louise has been published by Simon & Schuster, Harper Collins and Pan Macmillan.
Her novels are about curious women who get themselves into unlikely situations - whether that's an everyday woman from our world falling through a portal into a sepia kingdom, an amorous mermaid who gets herself stranded on dry land, or more recently, a perfectly ordinary house-sitter who finds herself husband sitting instead! You'll have to read her recent release 'Husband Sit' to find out why...
Louise doesn't care what genre she writes in so long as the characters are endearingly real, the heroes are scorching hot and the sex is good! 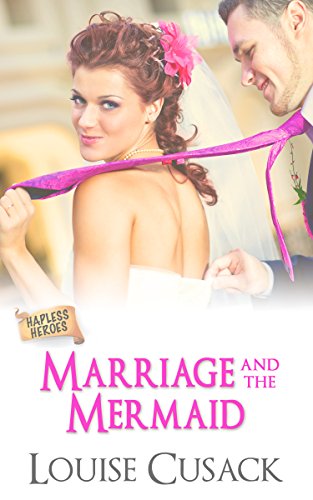 Marriage and the Mermaid

Adorable Winifred Malone may or may not be obsessed with Baz Wilson, but one thing she knows for sure is that they belong together. So she's not about to let a mermaid come between them, or a demented father and the internet scammer who's trying to steal his fortune. Not a kleptomaniac cleaning lady and the messy mermaid she's cleaning up after. Not an OCD marine biologist. And certainly not the harried constable trying to make sense of it all. Wynne only cares about marrying Baz, and she's not prepared to let anything get in her way!
Buy Kindle Version 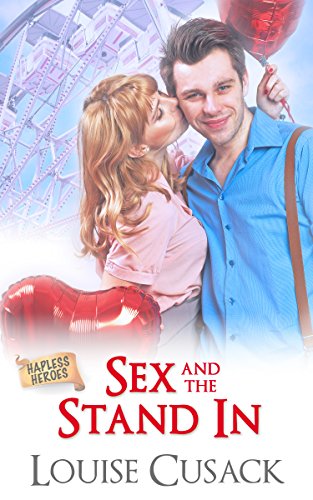 Sex and the Stand In

Justin DuBois is in love with his co-worker, but not only does Marianne think he’s too young to be taken seriously, she’s convinced he’s gay. In desperation to win her, Justin recreates her teenage fantasy of a circus, a carnie, and a splash of Old Spice… Read this delightful novella to find out whether Justin’s crazy plan actually works.
Buy Kindle Version 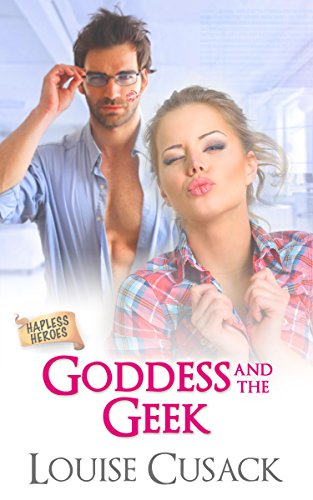 Goddess and the Geek

Computer genius Julian Wilde has a month booked at an island hideaway to finish his PhD, but when he arrives, sexy oyster farmer Natasha Barri grabs him, thinking he’s a burglar, and suddenly asthma isn’t the only thing making Julian breathless. The house has been double booked so they’re forced to share and Julian readily agrees to cook, hoping to use the voodoo potions he’s discovered online to make Tasha fall in love with him. Disaster follows debacle as Julian tries to impress her, and she tries not to kill him. Read this delightful novella to see if Julian can crack open Tasha’s hermit-shell heart and prove he’s the geek for her.
Buy Kindle Version 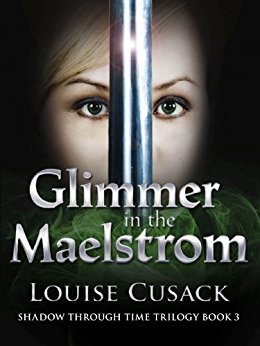 Glimmer in the Maelstrom: Shadow Through Time 3

The Maelstrom is building – inexorable, relentless, causing destruction and death on an unprecedented scale, pouring elements from one realm into another – and the only hope for humanity, the young Glimmer, has strayed far from her destiny to unite the Four Worlds. An accidental touch of the Plainsman Memory Stone infects her with emotions and she abducts the coldest of the nobles, Kert Sh'hale, taking him to the Fireworld of Haddash where her clumsy seduction allows the Serpent of Death to escape. On our world, Pagan's son Vandal has grown into a young man, bitter at his father for abandoning him to return to Ennae. When tragedy steals Vandal's future, his bitterness becomes deadly and he follows his father through the Sacred Pool, intent on destroying the one thing Pagan loves most. While Glimmer must give up everything she holds dear to fight the Serpent and secure a future from the remnants of mankind; Vandal hunts his father's betrothed, Lae; and the Maelstrom draws closer ... The final instalment of the Shadow Through Time trilogy is pure magic. A sumptuous conclusion to a feast of fantasy.
Buy Kindle Version 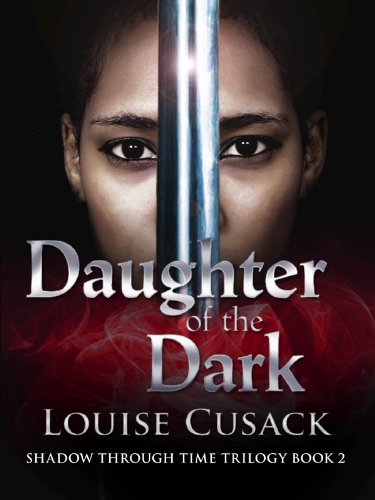 Daughter of the Dark: Shadow Through Time 2

The child of The Light, Glimmer, is taken from her mother's arms and forced into exile on Magoria, the Waterworld. Her only connection with her native land is Pagan, her Champion and Guardian, who must use his wits and powers to protect Glimmer from detection and hide the evidence of her true destiny. Meanwhile on Atheyre (the Airworld), Princess Khatrene and her lover Talis watch on helplessly, unable to protect Glimmer from the dangerous and bloody power play that is taking place. Kraal, the evil God of Haddash, and Djahr, the Lord of the Dark, are plotting the violent death of baby Glimmer so that they can gain total control of the four elemental worlds. But the universe is rebelling. Ever so slowly the Maelstrom is building momentum, threatening to obliterate the four worlds and all who inhabit them. Glimmer must return to the land of her birth and fight the fiercest battle of her young life to right the terrible wrongs of the past, defeat the enemies who threaten to destroy her and restore peace. Once again, Louise Cusack weaves an intricate web of intrigue, magic, erotica and horror to create a tale of pure fantasy.
Buy Kindle Version
Buy Paperback Version 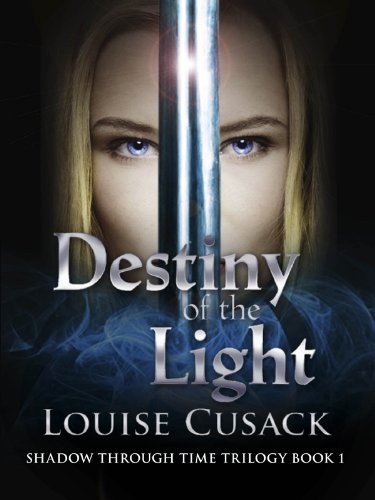 Destiny of the Light: Shadow Through Time 1

Ennae is a parallel world joined to our own world by the Sacred Pool, a portal that can only be opened by one with the Guardian blood running through their veins. It is through this watery gateway that Khatrene leaves her modern-day life behind forever, drawn into a quest that will take her into the depths of the unknown. Khatrene must fulfil her destiny as The Light, the woman whose child will unite the four elemental worlds. At each turn are real and imagined enemies who will do everything in their power to prevent her from fulfilling the prophecy, including the ethereal and erotic shadow woman, the enigmatic tattooed man, even her beloved brother Mihale. Talis, her appointed Guardian, must help her through the dangerous terrain of Ennae, sacrificing everything to ensure her safety in a land where magic prevails and nothing is as it seems. From an exciting new voice in Australian fantasy fiction comes the first book in the Shadow Through Time trilogy. Beautifully crafted and written, Destiny of the Light combines intrigue, magic and horror to create a reality that is out of this world.
Buy Kindle Version
Buy Paperback Version 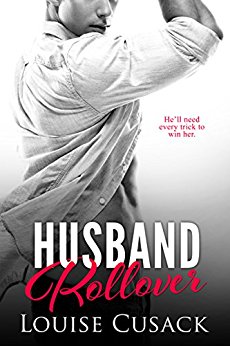 This is a full-length, stand alone, happily-ever-after, erotic romance novel with no cliffhangers. Fritha Wynde is a free-spirit, sleeping with whoever grabs her fancy, especially if the grab feels good! She has work that she loves, friends who will let her wear rainbow-colored bridesmaid dresses, and girlfriends’ babies to cuddle. There’s not a thing about her life she wants changed, until trouble walks into her feel-good teahouse Bohemian Brew. Trouble is a six foot two restaurant critic—Max—who has the audacity to ridicule the Banchee Tea, her signature brew, in his annoyingly sexy Brit accent. It’s time to retaliate and a low blow is in order—below the belt to be exact—but when Max discovers how delicious Fritha is, he’ll do anything to have her, including rolling over and playing dead. Prude meets promiscuous in the fourth book of the Husband Series, bringing all four girlfriends together as Fritha tortures the one man who grabs her fancy along with her heart.
Buy Kindle Version 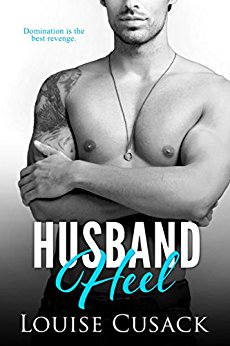 This is a full-length, stand alone, happily-ever-after, erotic romance novel with no cliffhangers. Rose Bay socialite Louella Knight is the emotionally repressed friend who’s done everything expected of her for over a decade—the perfect hostess and the perfect wife with the perfect life. But in the wake of her husband’s shock announcement and her subsequent divorce, her life is thrown into turmoil. A death threat brings bodyguard Nick Aston into her employ, challenging her icy persona and awakening demons from the past that not even her girlfriends can help her overcome. One shocking experience after another pushes Louella past the limits of her emotional control and into Nick’s bed and his heart, but can she trust that the connection between them is real, or will it fade when the danger has passed?
Buy Kindle Version 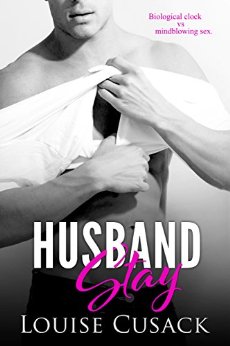 This is a full-length, stand alone, happily-ever-after, erotic romance novel with no cliffhangers. Angela Lata only ever wanted two things out of life: a singing career and children. So she’s entitled to a little craziness after discovering that her cheating husband had a vasectomy before their wedding. Still, that’s no excuse to succumb to sexy man-whore Jack, even if he is so gorgeous she can barely breathe in his presence. Hadn’t she learned anything from her girlfriend’s example? The best way to get over one man is NOT to sleep with another. The trouble is, Angela has never had good sex, let alone great sex, and on the eve of her diva dreams coming true, Jack promises her both. All it takes is one night with him to ruin her completely. Every date afterward suffers in comparison, and with her biological clock ticking loudly and her career not living up to her expectations, what she needs is father material, not pleasure-on-tap.
Buy Kindle Version 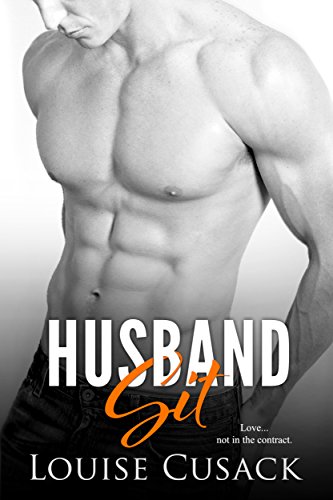 This is a full-length, stand alone, happily-ever-after romance novel with no cliffhangers. Jill: My kid sister has pushed me into some tough corners in the past, but asking me to come up with a hundred and twenty grand to keep her out of a Bangkok jail is flat-out crazy. What’s worse, she’s sworn me to secrecy, so I can’t ask any of my three girlfriends for help. Luckily, I’ve found a well-paying job, Husband Sitting, being paid by rich wives to sleep with their husbands so infidelity won’t lead to divorce. It’s the latest fad in marriage protection where no-one is cheating, but there’s a downside—gorgeous Finn with his gigantor…you know. I've waited my whole life to meet someone as sexy and wonderful as Finn, but it’s never going to work. Even if I didn’t have a job that made him insanely jealous, my fear of abandonment would keep getting in the way. Thank goodness for great girlfriends, because the road to sexily-ever-after is a rocky ride!
Buy Kindle Version
Scroll to top