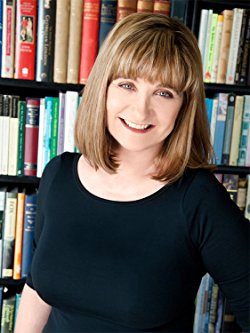 LUCINDA BRANT is a New York Times and USA Today bestselling author of award-winning Georgian historical romances and mysteries full of wit and adventure. Her novels are described as from 'the Golden Age of romance with a modern voice' and 'heart wrenching drama with a happily ever after'.
Lucinda has degrees in History, Political Science, and Law from the Australian National University and a post-graduate diploma in Education. Before becoming a full-time writer, Lucinda taught History and Geography at an exclusive boarding school for young ladies. She has been researching and reading about the 18th Century for forty years, and still finds the Georgian era just as fascinating now as then.
Lucinda lives in the middle of a koala reserve so the neighbors are cute and cuddly and sleep most of the day. She drinks way too much coffee and is addicted to Pinterest. 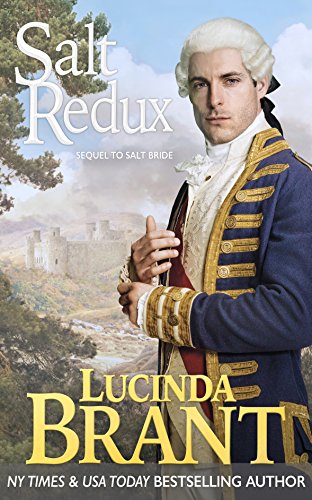 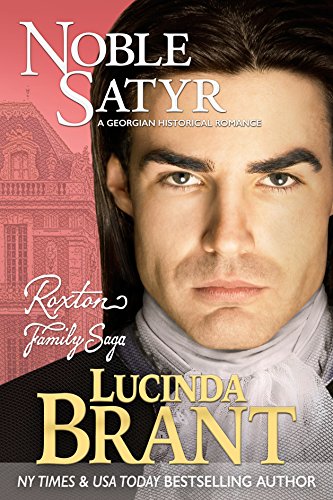 1740s France and England—the age of hedonism and enlightenment. Renard, Duke of Roxton, head of an ancient noble family, is wealthy beyond measure. Arrogant, and self assured, this noble satyr is renowned throughout Europe as the consummate lover of other men’s wives, but Roxton’s heart remains his own. Beautiful, optimistic, and headstrong, Antonia Moran is determined to flee the Court of Versailles and escape the lascivious attentions of the predatory Comte de Salvan. Antonia orchestrates her escape with the unwitting assistance of the Duke of Roxton, a man she has been warned against as too dangerous for her to know. Roxton is an unlikely savior—arrogant, promiscuous, and sinister. Antonia's unquestioning belief in him may just be his salvation, and her undoing.
Buy Kindle Version
Buy Paperback Version
Buy Hardback Version 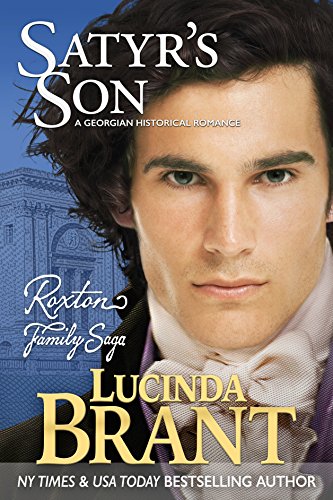 London, 1786. Lord Henri-Antoine has returned from the Grand Tour to a life of privilege and excess. A vast inheritance allows him every indulgence, free from responsibility. Yet, Henri-Antoine maintains a well-ordered existence, going to great lengths to conceal an affliction few understand and many fear. Miss Lisa Crisp is a penniless orphan who relies on the charity of relatives to keep her from the poorhouse. Intelligent and unflappable, Lisa will not allow poverty to define her. She leads a useful life working among the sick poor. Under startling circumstances, Henri-Antoine and Lisa meet. There is instant attraction. When they find themselves attending the same wedding in the country, Henri-Antoine offers Lisa a scandalous proposition, one she should refuse but yearns to accept. Following her heart could ruin them both. A standalone romantic adventure set against the backdrop of Treat, ancestral home of the dukes of Roxton. SATYR’S SON will delight fans of the series with cameos by many beloved characters, while new readers will discover the myriad pleasures and glittering aristocratic world of the Roxton family through the fresh eyes of newcomer Lisa Crisp. SATYR’S SON is a Cinderella story with a heartwarming Happily Ever After.
Buy Kindle Version 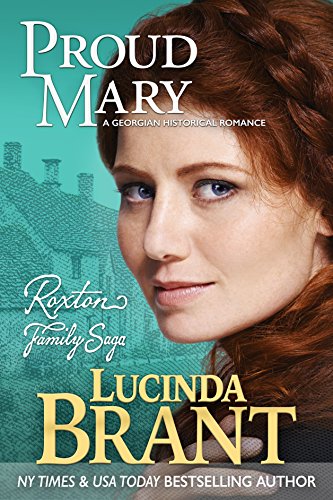 1770s Gloustershire and Hampshire. Widowed and destitute, Lady Mary Cavendish is left with only her pride. Daughter of an earl and great-granddaughter to a Stuart King, expectations demand she remarry. But not just any man will do; her husband must rank among the nobility. As always, Mary will do her duty and ignore her heart. Country squire Christopher Bryce has secretly loved his neighbor Mary for many years. Yet, he is resigned to the cruel reality they are not social equals and thus can never share a future together. Never mind that his scandalous past and a heartbreaking secret make him thoroughly unworthy of such a proud beauty. But with the help of a family ghost, and the never ordinary members of the Roxton family, Mary and Christopher realize that a happily ever after might just be possible.
Buy Kindle Version 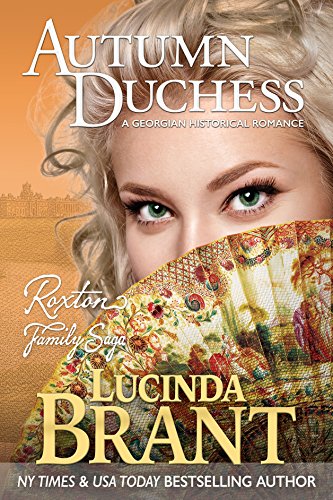 1770s England: Treat, the ancestral home of the dukes of Roxton. Antonia, Dowager Duchess of Roxton, has mourned the loss of her duke for three long years. Her grief is all-consuming. Then into her life steps a most unconventional man. Jonathon Strang, East India merchant and widower, lets nothing stand in the way of success, in business or in pleasure. On spying Antonia, Jonathon is immediately smitten. He sees a beautiful woman who has not only lost the love of her life, and her exalted position in society, but is bullied, badgered, and totally misunderstood. She needs someone to talk to and a sympathetic shoulder to cry on. Antonia's opinion of Jonathon is less charitable. Insufferably arrogant. Overbearing. Dangerous. She must keep her distance. Better still, she will ignore him and pretend they had never been introduced.
Buy Kindle Version
Buy Paperback Version 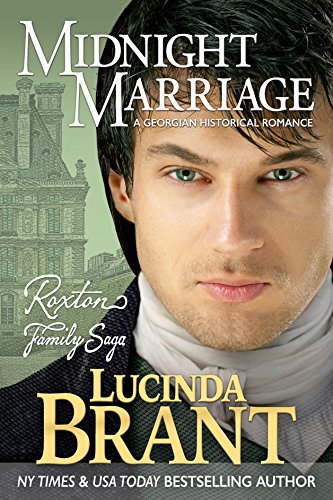 1760s England and France: Based on real events, a hasty midnight marriage establishes a dynasty. Just twelve years old, and drugged with laudanum to make her compliant, Deborah Cavendish is woken in the middle of the night and married off to a distraught boy not much older than herself. Years later, Deb stumbles across a wounded duelist in the forest, and it is love at first sight. Deb has no idea the wounded duelist is in truth her noble husband Julian Hesham, Marquess of Alston, returned to England after years in exile to claim his wife. Remaining incognito, Julian is determined Deb will fall in love with him, not his title, and sets out to woo her before she can be seduced by a persistent suitor with ulterior motives. Their marriage, and the future of the Roxton dukedom depend upon it.
Buy Kindle Version
Buy Paperback Version
Buy Hardback Version 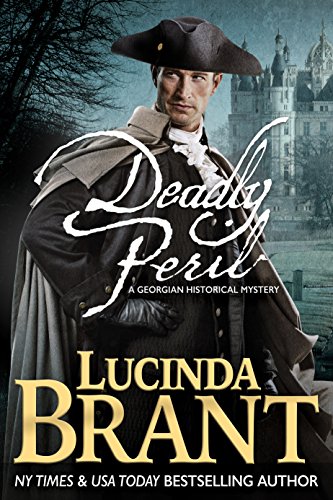 Winter 1763. Alec, Lord Halsey is sent on a diplomatic mission to Midanich, imperial outpost of the Holy Roman Empire, to bargain for the freedom of imprisoned friends. Midanich is a place of great danger and dark secrets; a country at civil war; ruled by a family with madness in its veins. For Alec it is a place of unspeakable memories from which he barely escaped and vowed never to return. But return he must, if he is to save the lives of Emily St. Neots and Sir Cosmo Mahon. In a race against time, Alec and the English delegation journey across the icy wasteland for the castle fortress where Emily and Cosmo are imprisoned. The severe winter weather is as much an enemy as the soldiers of the opposing armies encamped along the way. Awaiting him at his destination is the Margrave and his sister, demanding nothing less than Alec’s head on a pike.
Buy Kindle Version
Buy Paperback Version 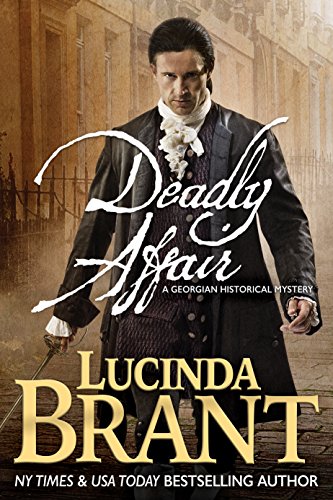 Autumn 1763. Career diplomat Alec Halsey has been elevated to a marquessate he doesn't want and Polite Society believes he doesn't deserve. And with the suspicion he murdered his brother still lingering in London drawing rooms, returning to London after seven months in seclusion might well be a mistake. So when a nobody vicar drops dead beside him at a party-political dinner, and his rabble-rousing uncle Plantagenet is bashed and left for dead in a laneway, Alec’s foreboding deepens. Uncovering the vicar's true identity, Alec suspects the man was poisoned. But who would want a seemingly harmless man of God murdered, and why?
Buy Kindle Version
Buy Paperback Version 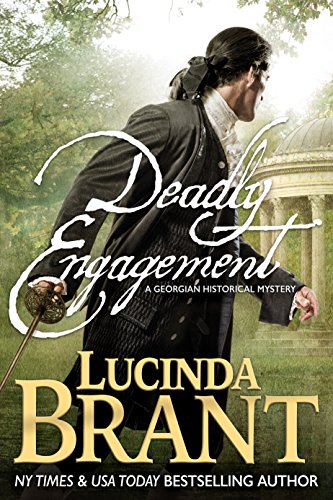 Spring 1763. Career diplomat Alec Halsey returns to London to the shocking news his estranged brother, the Earl of Delvin, has not only killed his friend in a duel but is engaged to the woman Alec hoped to marry. The dead man’s mother wants Alec to investigate, so he reluctantly attends a weekend house party celebrating the engagement. Houseguests get more than they bargained for when a lady’s maid is murdered, the bride-to-be is attacked, and a guest is shot dead. Uncovering a connection between these sinister acts and his brother's duel, Alec confronts a cruel twist of fate and why his brother will go to any lengths to ruin him in Polite Society. Lucinda Brant's mysteries explore the darker side of her richly authentic 18th century world. Along with her trademark wit and high drama there are deeper subplots and even quirkier characters that will have you shuddering and laughing in equal measure!
Buy Kindle Version
Buy Paperback Version
Buy Hardback Version 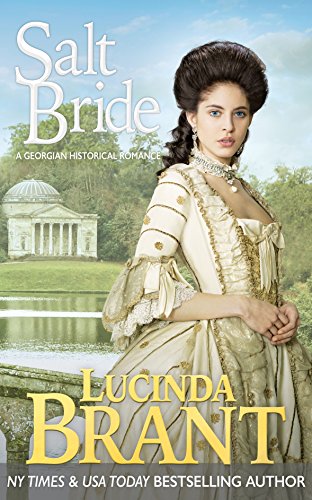 Another delicious Georgian gem from Lucinda Brant: High drama, deep emotion, and witty prose, all deftly sprinkled with historical detail to keep you mesmerized from beginning to end. Immerse yourself in the romance and opulence of her eighteenth century aristocratic world. When the Earl of Salt Hendon marries squire’s daughter Jane Despard, Society is aghast. But Jane and Salt share a secret past of heartache and mistrust. They are forced into a marriage neither wants; the Earl to honor a dying man’s wish, Jane to save her stepbrother from financial ruin. Beautiful inside and out, the patient and ever optimistic Jane believes love conquers all; the Earl will take some convincing. Enter Diana St. John, who has been living in a fool’s paradise believing she would be the next Countess of Salt Hendon. She will go to extreme lengths, even murder, to hold Salt’s attention. The newlyweds must overcome past prejudices and sinister opposition to fall in love all over again.
Buy Kindle Version
Buy Paperback Version
Buy Hardback Version 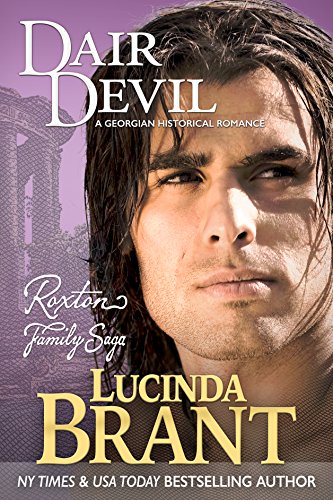 1770s London and Hampshire. Alisdair ‘Dair’ Fitzstuart, hero of the American Revolutionary war and heir to an earldom, known by all as a self-centered womanizing rogue. But his dashing and rugged façade hides a vulnerable man with a traumatic past. He will gamble with his life, but never his heart, which remains his own. Aurora ‘Rory’ Talbot, is a spinster and pineapple fancier who lives on the periphery of Polite Society. An observer but never observed, her fragile beauty hides conviction and a keen intelligence. Ever optimistic, she will not be defined by disability. One fateful night Dair and Rory collide, and the attraction is immediate, the consequences profound. Both will risk everything for love.
Buy Kindle Version
Buy Paperback Version
Scroll to top