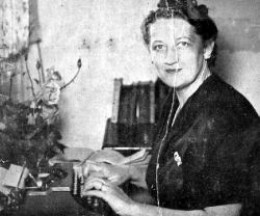 Lucy Walker (1907–1987) was the most famous of a few pseudonyms used by Dorothy Lucie Sanders (née McClemans). She was born in Boulder, Western Australia, on 4 May 1907. Her father was of Irish stock, a minister of the Church of England. Her mother was from New Zealand. Dorothy began writing at an early age, despite her father’s scepticism about her ability.
A qualified teacher from Perth College (1928), she taught in state schools in Western Australia until 1936. She continued teaching later in London while her husband, a fellow school teacher whom she married in 1936, completed his doctorate in education.
They returned to Perth, Australia in 1938 but Dorothy Lucie Sanders only began her writing in 1945, producing articles, short stories, and later novels. In 1948 her first novel, Fairies on the Doorstep, was published. 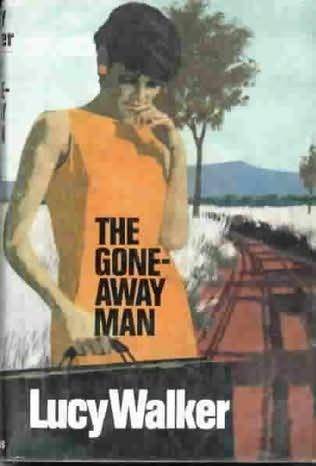 The Gone Away Man

Lisa is on her way to the remote Australian outback to find her grandfather - her only living relative, But before reaching Pardalote, the cattle station of which she is now part-owner, she first has to pass through Finch's Creek. Here, at the lonely bush hospital on the edge of the outback, she helps the nurses to entertain the patients. And here she comes to know Jim Ransome. He owns the cattle station next door to Pardalote, but he and Lisa's grandfather are sworn enemies.
Buy Paperback Version
Buy Hardback Version 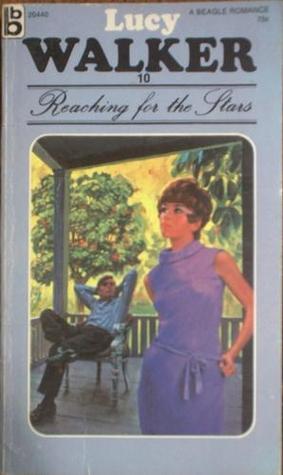 Reaching for the Stars

"I'm not the girl they thought I was" - that was Ann's first and strongest impression of her greeting in Australia by handsome Lang Franklin and his aunt. they seemed bewildered, questioning. Behind Ann's delight in the new land and her growing love for Lang, there was a constant uneasiness... And when she learned the truth, anger and shame flooded her - for she stood branded as a cheat, with no way to explain!
Buy Paperback Version
Buy Hardback Version 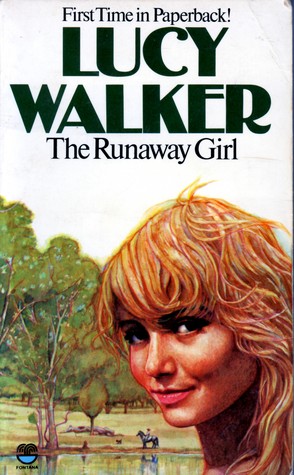 But for her parents' determination to marry her off to serious-minded John Downing, Jenny Haseltine might never have left her home at Yarandoo. But when she sees the advertisement for a safari cook to join a mining expedition to the Outback, it seems like a heaven-sent chance to get away for a while. Jenny's new colleagues make her feel welcome, but when their handsome boss, Drew Carey, pays her special attention, she earns the enmity of the only other girl among them - beautiful, efficient Nicole Armstrong. Nicole does her best to show Jenny up, but Jenny finds a protector in the shape of Geoff Hallam, and old schoolfriend and geologist. Soon Jenny begins to look at Geoff with new eyes...
Buy Paperback Version
Buy Hardback Version 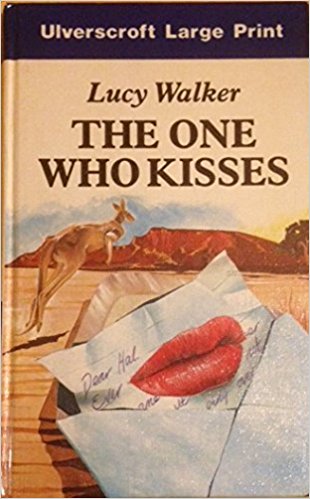 The One Who Kisses

There is always one who kisses and one who holds the cheek... Kate Osborne and Hal got engaged in Sydney; but soon Kate had to admit that things were not right between them. She found she could not bear the humiliation of being 'the one who kisses!' Had he changed, or was he really very selfish and cruel? And how did he measure up to someone like Rick Benallen? No less handsome, Rick was somehow a man on whom one could depend...
Buy Paperback Version
Buy Hardback Version 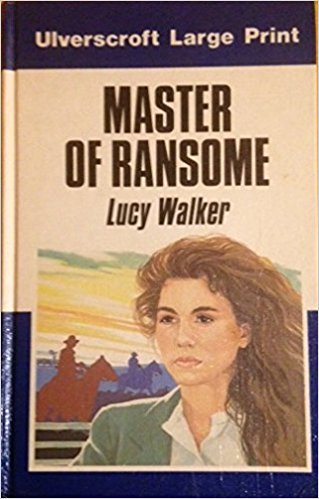 Sara Brent had come all the way from England to work for Clifford Camden in Adelaide. Then he sent her as temporary secretary to his cousin Gregory-the master of Ransome station. sara was a hard worker and made herself indespensable-to such an extent that Gregory made her his wife. But as time went by she discovered that she loved the master of Ransome, and that marriage on a common-sense basis would never be enough.
Buy Paperback Version
Buy Hardback Version 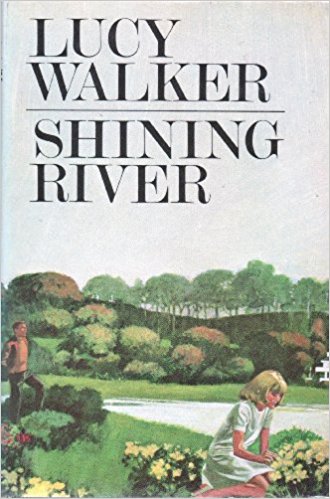 Esther and Oliver grew up together in Pepper Tree Bay. She was shy and lonely,oppressed by her parents' strange personalities, he was wild and adventurous and fascinated by this forlorn child so different from himself. Time and circumstances parted them. Esther went to live in formidable Mrs. Riccard's mansion, and Oliver left for the country to find work. There he met Hilary, also growing up the hard way.But Oliver never forgot his childhood companion.
Buy Paperback Version
Buy Hardback Version 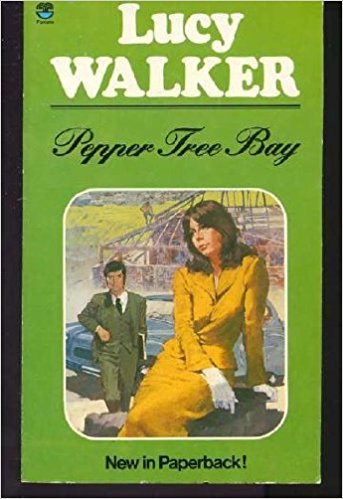 Lacey Coole had been brought up very strictly. She lived with her father in the old part of Pepper Tree Bay, where little had changed since before the wars. Bernard Coole was selfish as well as authoritarian. He expected his daughter to be his chauffeur and companion, and he had chased away every man who had ever been interested in her...
Buy Paperback Version
Buy Hardback Version

Fabulously wealthy Grant Jarvis hired Elizabeth to pose as his fiancée - so that designing women would not pursue him. But it turned out to be an unfortunate - if not disastrous - whim.... Unfortunate, because Elizabeth fell deeply in love with him - and disastrous because the rich girl who intended to marry him was impatiently awaiting his return....
Buy Paperback Version 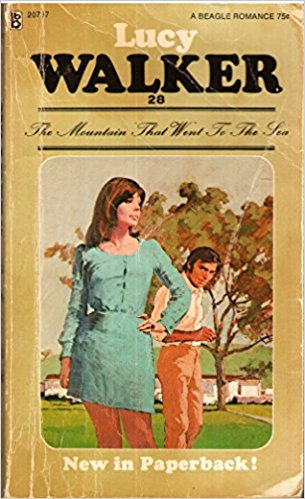 The Mountain That Went to the Sea

Which one of us do you intend to marry?... Fleeing from a disastrous love affair, Jeckie had no intention of marrying anybody - but her three handsome cousins had other ideas. The vast sheep station of Mallibee Downs had been a subject of disagreement among the family for three generations - and somehow they were convinced the answer was marriage. Only no one had bothered to tell Jeckie...
Buy Paperback Version 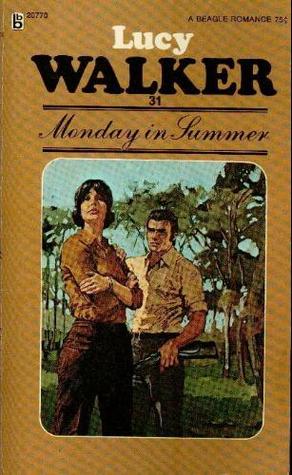 Denney was considerate, striking looking, and highly individualistic - 'zany' the townspeople called her. And they were sure of it when she bought a small farm and proceeded to run it by herself. But one day, in addition to the frequent visits from Ben Darcy, the hills ranger, Denny had a more permanent visitor: an accused murderer. And she was torn between her heart and the law...
Buy Paperback Version
Buy Hardback Version

Mardie Forester is overjoyed to inherit a tiny store, miles from the nearest settlement in the Western Australian desert. But her peace of mind in her new retreat is soon broken by a mysterious man who comes to buy stores only after dark, and never so much as glances at Mardie. 'Mr Mystery Man' she calls him, before she learns he is Jard Hunter, a geologist at the nearby Mining Exploration Camp. Why, she asks herself, does he bother her so? Can this be love...?
Buy Paperback Version
Buy Hardback Version 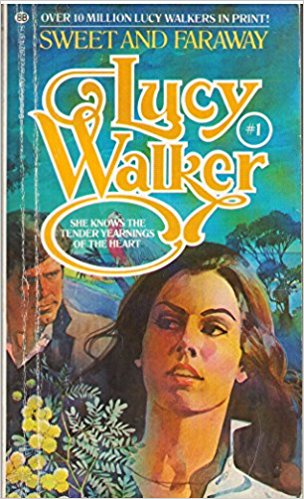 Lesley Wilson went out from England with her cousin Alice for her wedding to Randolph Baxter, part owner of the big cattle station of Coolaroo. Lesley had jumped at the chance of the trip, chiefly because she was trying to forget a broken romance. As her sore heart eased, she learned to be a 'dinkum Aussie', to ride out 'on the run', to sleep on the ground, and to eat round a barbeque. She learned, too, to love Dan Baxter, the Master of Coolaroo. Then came the day when she realised that an old wound had healed and Fate had taken a fresh stab at her heart.
Buy Kindle Version 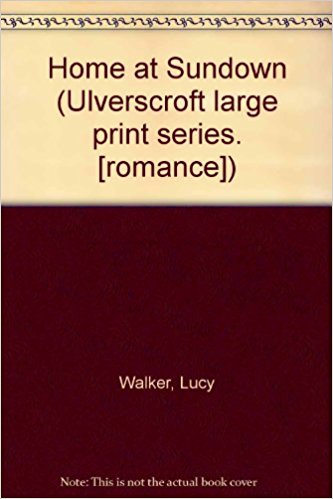 Two girls are among the twelve-strong team that sets out on a botanical expedition to the Australian outback. Myree is outwardly the more striking - a qualified botanist, brilliant and dazzlingly beautiful. She sets out to oversadow Kim, who is pretty but shy and much younger. For a time it looks as though she will succeed. Then both girls fall for Dr John Andrews, the handsome leader of the expedition. And Kim shows that she is not so shy and naive after all.
Buy Paperback Version
Buy Hardback Version
Scroll to top