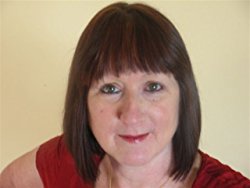 Maggie Mundy lives in Adelaide, Australia and is a member of Romance Writers of Australia.
She was first published with Rogue Phoenix Press. She wrote two novellas about vampires living in Australia. Rogue also published a time travel series called the Earthbound Trilogy. She has three books published with Soul Mate Publishing. A supernatural thriller called Hidden Mortality and two paranormal romances called Unknown Protector and Scarred Protector.
She is also published with Evernight Publishing in contemporary romance with her book Idolize. The first in the dark Storm series about movie stars. She has also published a psychic romance called Random Meeting with Evernight Publishing.
She has performed for many years in corporate entertainment for which she wrote her own sketches, which probably explains why her head is so full of characters. She loves writing romance but thinks falling in love can be scary, especially in her stories where creatures of the night really exist.
She loves riding motorbikes and one day hopes to get a Triumph Bonneville and go on a big road trip. 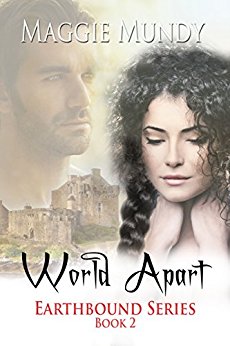 Clare and Trevi made their way through a portal to get back to Earth. Instead, they find themselves on a dying world as a mysterious mist closes in. Trevi’s scarred twin brother, Celi, has accompanied them. He meets a female magician called Fane, who has been an outcast just like him. In this world only men are magicians and they believe her existence is the cause for the mist. Fane and Trevi learn to trust and eventually love each other as they fight to find a way to save the world. There are people who want Fane dead and to use her to get off the dying world, but Celi will use all his powers as a vampire to stop them.
Buy Kindle Version
Buy Paperback Version 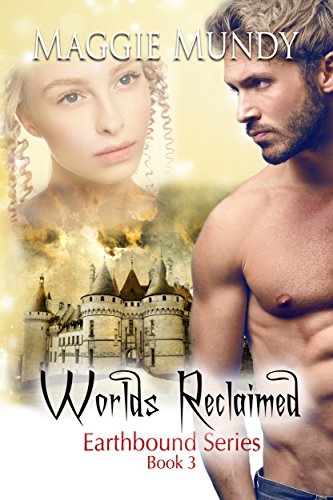 Clare and her group of vampires,fae and werewolves want to live on Earth. To do that, they must heal the worlds they have been visiting through the portals. Vesi, is an albino vampire and Heln, is a white werewolf. Neither has been accepted by their own people. This unlikely couple tries to fight their growing attraction to each other while helping to save two worlds. On one world, a mist is closing in so nothing will survive. On the other, the High Priestess Sari is at war. Her power is failing and she wants to use Vesi’s blood so she can live forever. Can Heln save his love and help his friends save both worlds. Will their group ever get to Earth?
Buy Kindle Version
Buy Paperback Version 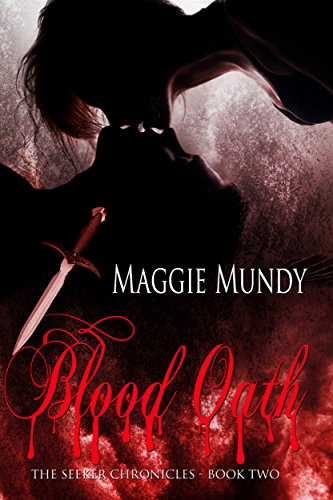 Book Two in The Seeker Chronicles. Blood Oath is a sequel to Blood Scent. We discover more about the Rogue, Seeker world in Australia. This is the story of Cassie and Matt, based in Tasmania. Matt kills a rogue vampire who wanted Cassie. This sets up a course of events where the rogue’s twin has sworn in a blood oath to avenge his brother’s death. Throw in a bunch of vampire hunters as well and you have trouble. Things become even more complicated when Cassie’s sister is kidnapped as bait. The only option may be that Cassie will have to give up her own life to save them all.
Buy Kindle Version 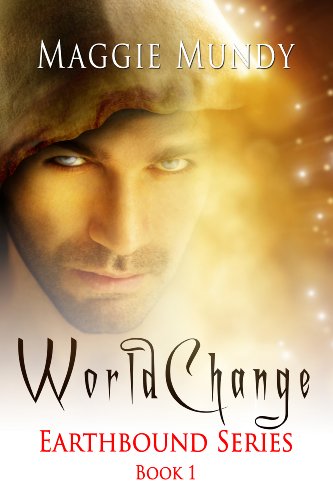 Clare gets transported from present day Florence to an alternate world, one that looks like fourteenth century Italy. The only way back is through a portal half a world away, plus the local High priestess wants her dead, and the only one she can trust is a vampire called Trevi. He is the only one who exits in this world, and she knows more about what he is than he does. He is hard to resist, especially when he saves her life. Trevi can take her home but he is keeping one big secret. She will have to be like him to survive the journey through the portal back to her world making a myth a reality
Buy Kindle Version
Buy Paperback Version 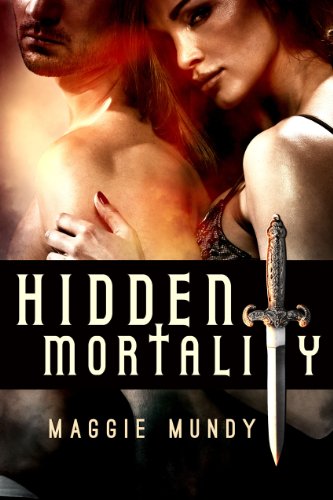 In Bath in 1850 a witch is murdered in a ritual granting longevity to four men. What they are not aware of is that she has bestowed the same power to another called Seth to avenge her death. Cara is a descendant of the witch and fills her days with food with her Irish-themed catering business. Her nights are another matter; they are full of erotic dreams of a mysterious lover, or nightmares with mutilated bodies. So this wasn’t the best time for her Nana to tell her she is coming into her power. Of the original four immortals, Vincent is the only one left and to stop his own long life from fading he needs another witch to kill. Seth was meant to protect the witch’s descendants from a distance, but with Cara he can’t stay away. He has to make a choice to love Cara, or avenge the original death and possibly die himself. Cara has the fight of her life on when one man comes to kill her, and another to love her.
Buy Kindle Version
Buy Paperback Version 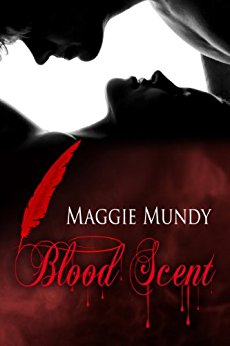 Trent Feldor is a Seeker vampire who protects human females from Rogue vampires who would take them as mates. Kellie is a reporter who wants to make the front page of the Adelaide newspaper by finding the Parklands Killer. Instead she stumbles straight into a vampire fight and she is the trophy being fought for.
Buy Kindle Version 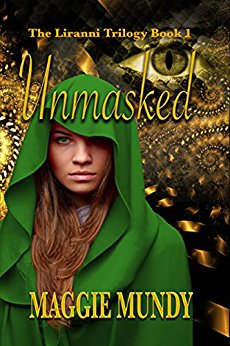 Six hundred years of peace are destroyed when Daria’s settlement is attacked. It is the start problems for the land of Majura. Daria saved people with magic and must join the magic wielding Mask wearers who rule the land. Her dreams have warned if she became one it would be the end of Majura. Are the Mask wearers keeping secrets or is she the only one who can see the power in the land is changing. A Mask wearer called Alenze believes her and offers to go on a quest with her to fix the Essence where the magic comes from, but he is keeping secrets from her that could be the death of them all.
Buy Kindle Version
Buy Paperback Version 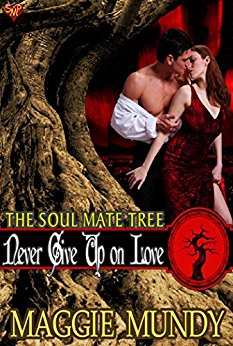 Never Give Up on Love (The Soul Mate Tree Book 7)

In 1847 London, Vincent is turned by a vampire with tainted blood. His future will be one where he keeps humans safe but can never find love. Vincent’s eternal life changed on the day the sun burned into him, and he thought he would die. Instead, he was saved by the shade of a mystical tree. Beneath its branches, he dreamed of a woman in the future who would be waiting for him. In modern-day Bath, Adele is a photographer by day and a vampire hunter by night. How will she cope when she realizes the man she has fallen in love with is what she has been trained to kill?
Buy Kindle Version 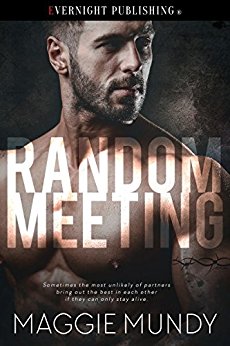 Beth is a widow and Greg is an ex-con. They are two lost souls who have a random night of sex together. Nine months later they meet again—this time, she's giving birth to their son. Everything changes when Greg holds Josh, but this isn’t real, they're not married, or a happy family. Plus there are ghosts from the past who won't leave them alone. Greg can offer money, but can’t offer love. Their relationship should be doomed, but sometimes the most unlikely of partners bring out the best in each other...if they can only stay alive.
Buy Kindle Version
Buy Paperback Version 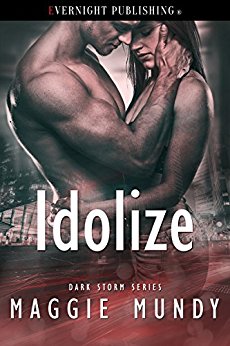 Cassi moved to LA to escape a violent past and wants anonymity for herself and her son. She's starting to get her life back on track when she meets Declan Reed. He's the latest hit on the Hollywood scene, playing the lead in the TV series Dark Storm. Just when she finds the love of her life, Declan's fame forces Cassi's past to come back and haunt her.
Buy Kindle Version 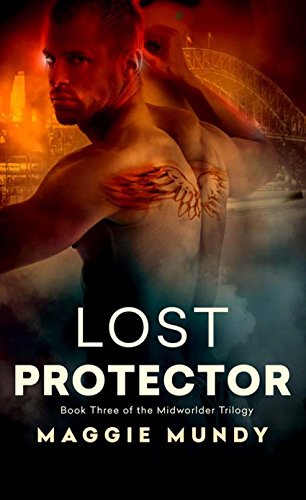 Angels and demons are not what you think. They are aliens, and the Midworlders are their representatives on Earth. Soren is a Midworlder who has no memory of his past. His present life is one of torture where the alien Liliath experiments on him. Anne is a young woman who has never fitted in. All her life she has had dreams of angels. When she is kidnapped, she is offered an escape by Soren. Can she trust him when he has visions of death and murder? On the run from her kidnappers, the two of them will have to overcome their differences or the future of the whole world will be at stake.
Buy Kindle Version 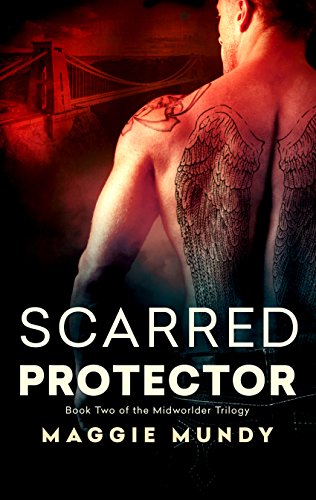 Angels and demons are not what you think. They are aliens, and the Midworlders are their representatives on Earth. Heath is an Angelic Midworlder with a tortured past where he could not save the woman he loved. Evie is a woman haunted by a dark presence in her mind that allows her to see the angels and demons around her. Heath saves her when she is attacked by Demonic Midworlders but will he fail her like he has others before? These two tortured souls are connected by the past, a past that has left an evil lurking inside Evie that could kill them both.
Buy Kindle Version
Buy Paperback Version 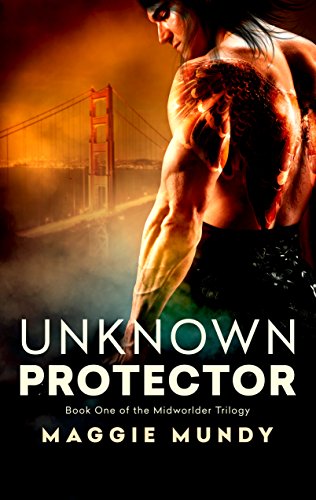 Two things have helped Nicole cope since the murder of her husband. One is running her detective agency, and the other is her guardian angel, Mira. When Mira is killed by a demon, Nicole accepts the help of a Ridge, a long-haired, cigar-smoking diamond in the rough with wings. Things go from bad to worse when a replacement guardian cannot be found. She has to trust Ridge, which is tricky when she realizes there are no demons or angels, just parasitic aliens that humans have built the myths of these celestial beings around. Ridge isn’t an angel or a devil, but an alien half breed known as a Midworlder. He is also way too sexy for his own good.
Buy Kindle Version
Buy Paperback Version
Scroll to top