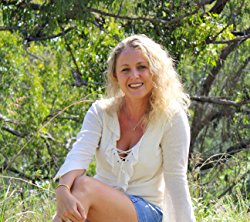 Mandy Magro lives in Cairns, Far North Queensland, with her daughter, Chloe Rose. With pristine aqua-blue coastline in one direction, and sweeping rural landscapes in the other, she describes her home as heaven on earth. A passionate woman, and a romantic at heart, she loves writing about soul-deep love, the Australian rural way of life, and all the wonderful characters that live there. 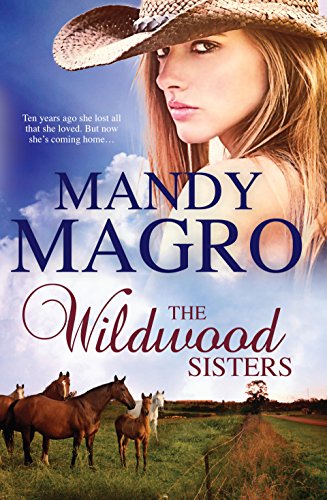 Ten years ago, Renee’s twin sister Scarlet went missing. In the threatening aftermath, seventeen-year-old Renee was forced out of her home at Wildwood Acres, leaving her family and her boyfriend behind. Although the case has long gone cold, every day Renee hopes the person responsible will be found. She has since made a new life for herself in the city but fate intervenes when a family emergency forces her to face up to her fears and her painful memories. But can she go back to Wildwood Acres, the one place her heart yearns to be but where her life may be in grave danger? Dylan Anderson has never quite got over the loss of his first love, Renee Wildwood, who left him without a word. He’s now a single father trying to make it on his own after the tragic death of his wife, and his cattle property is struggling financially. Against all odds he’s taking steps to get his life back on track, starting with a new job. But how will he feel when he finds Renee, the girl who stole his heart, is back at Wildwood Acres? Will he ever be able to forgive her?
Buy Kindle Version 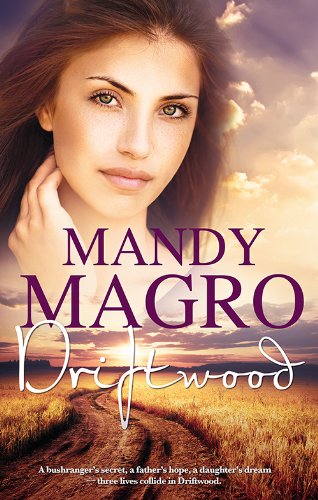 When the bushranger heritage of a family explodes into modern day, buried secrets are unearthed...with lasting consequences. To Taylor Whitworth, knowing that she'll never meet her biological father is devastating. All she knows is that before he died, he was a stockman. Taylor yearns to be like her father — and to become a jillaroo. So she packs her bags and hits the road, destination unknown, until she happens upon the country township of Driftwood. Life-burdened Jay Donnellson is a cowboy through and through. Both his passion for the outback and bad boy image have been inherited from his forefathers. The whole town whispers about him but Jay doesn't care...until his rough and tumble lifestyle is stopped dead in its tracks when he happens across Taylor on a deserted country road. When Jay offers Taylor a job as a jillaroo on his cattle station, their mutual love of horses helps to form a bond between them. It's not long before they find their wonderful friendship developing into something more.
Buy Kindle Version
Buy Paperback Version 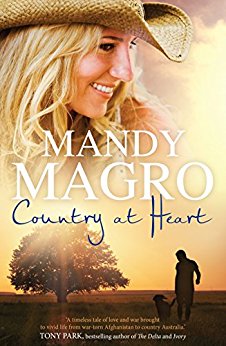 A wounded soldier and a free spirit, both determined to follow their dreams – can their love survive? The Army, protecting the country he loves, and his dearly beloved explosive detection dog Indy are Dean’s life – he can’t imagine doing anything else. But life has other plans for Dean when he and Indy are wounded in action in Afghanistan and sent home to his family’s seaside horse property, Whispering Meadows, to heal. Free-spirited Summer has agreed to spend one last holiday with her parents at their luxurious vacation home, despite her father’s resistance to her plans for her career. But events take an unexpected turn when Summer and Dean meet and discover that love at first sight truly exists. But can they overcome the very real challenges of coming from different sides of the tracks? And when Summer has to face the unpleasant truth about an old friend, as well as come to terms with the after-effects of a bewildering assault, she has to make a heartbreaking decision about their relationship. Can Dean’s love ultimately sway her?
Buy Kindle Version 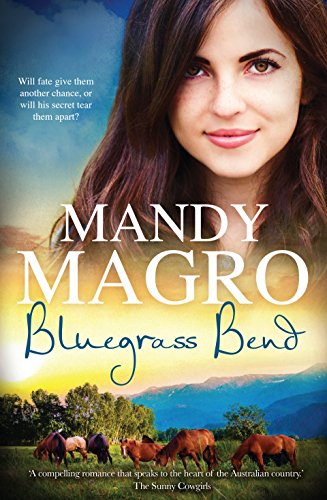 She couldn’t let her past steal her future any longer... Ivy Tucker was a gifted musician with big dreams but the night she was viciously attacked took all that away from her. Without the intervention of a mystery man she would have been killed. She has no idea what her protector looks like and though she wrote to him, he never responded. She can’t blame him wanting to forget the past, she feels the same. To survive, she focuses on the healing work she does alongside her aunts at Healing Hills – working with horses to help people rebuild their shattered lives. But her home, her life and her business are under threat... Ronny Sinclair is finally free after eight years in prison. He regrets ending a life, but in the heat of the moment it was the only way to save another. The young woman he protected was worth every second he spent locked up, and her face and angelic voice are etched in his heart and mind forever. A bittersweet twist of fate gives him a new start in her hometown, Bluegrass Bend. Would she recognise him? Could she, after the terrible state she’d been left in? Fate intervenes, pushing Ronny and Ivy together at a fundraising event. When Ivy needs Ronny to help her save Healing Hills, he knows he should keep his past hidden, that he should stay away from her, but their love of the country, horses and music brings Ivy and Ronny closer – dangerously so. As feelings build their fragile trust is threatened by Ronny’s secret. Will his determination to leave the past behind him cost them their chance at love?
Buy Kindle Version 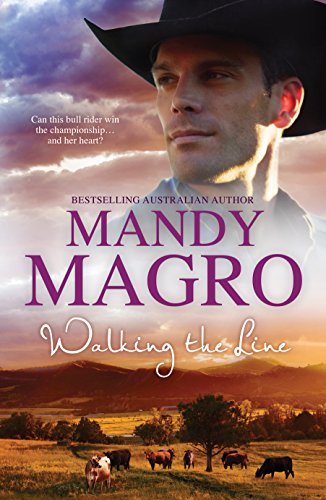 For how long can secrets stay buried? Country-loving Dallas Armstrong is a hard-as-nails bull rider, who dreams of becoming Australian champion, just like his father, Mick, was. But when he discovers a shocking secret about his father on the same day Mick dies in a car accident, Dallas’s world is turned upside down. Now it’s up to him to protect his mother from the truth, and to keep the family farm Rollingstone Ridge afloat. And he will do everything in his power to do so. Charlize Dawson is a successful city journalist whose marriage is in tatters. Begrudgingly sent to the country to write about Dallas, she is surprised to find that he isn’t the arrogant cowboy she’d assumed he’d be. Instead she and Dallas and share an intense chemistry and deep connection that lead to a stolen kiss at the Rodeo Ball. But when Charlize’s research for her article puts her on the path of uncovering Dallas’s secret, he demands she stop or lose him forever. Dallas or her career, which should she choose? How can she turn her back on the people who have welcomed her into their lives with open arms, all in the name of her job? Her career is all she has left, and she has worked so very hard to be where she is. But how can she reveal what she knows, if it means losing the love of her life?
Buy Kindle Version 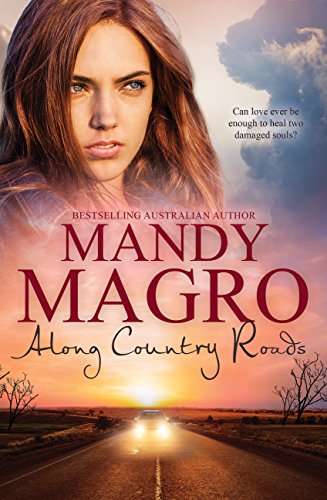 She’s on the run from a troubled past – in a stolen four-wheel drive. Matilda Denver seeks the sanctuary of sleepy Moonstone Valley where she hopes to heal and make a fresh start. But her plans go awry when the vehicle breaks down and she’s stranded at the side of a deserted country road. Ryan Hunter, after working himself into the ground at his interstate truck-driving job since his sister’s death, is making his last run before a well-earned month off. On the last stretch home, he happens across a beautiful woman and scraggy dog hitchhiking. It’s not long before he connects Matilda’s bruises to her past and what she’s on the run from. He instinctively wants to protect Matilda and offers her a place to stay at his property, Heartsong. Although both battling their own demons, they start to discover how much they have in common – and soon they’re also battling the strong desire to fall hard for each other. But when Ryan tries to help by organising for the four-wheel drive to be fixed, he unwittingly gives away Matilda’s location and now her life may be on the line. Can Ryan find her before it’s too late?
Buy Kindle Version
Scroll to top