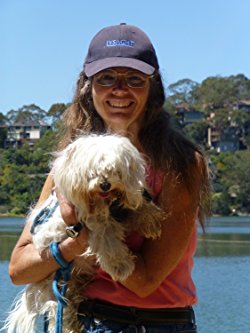 Margaret Lynette Sharp is an award-winning writer, and the author of thirty-nine titles, including #1 Amazon Best Seller, 'Longbourn Revisited'. Her work was highly commended during the the 2014 Hurstville Discovery Festival of Community Arts, and published by Hurstville Council in an anthology entitled 'Write Out Loud'. In November 2015 she won a Second Prize, again in the short story section of this same competition, and her title, 'More Than a Mere Bagatelle', has been selected for inclusion in another anthology, 'The Art of Writing'.
She spent her early years in an inner city suburb of Sydney, moving with her family to a leafy, outer suburb at the age of ten.
A self-motivated student who loved to seek out information, she matriculated just before her eighteenth birthday. Her enthusiasm for literature led to further studies, with a particular focus on Short Story Writing
Shortly after the death of her elderly mother whom she cared for, Margaret met and later married Ronald Sharp B.E.M., the creator of the Sydney Opera House Grand Organ. She believes that, without doubt, he is her greatest fan and motivator.
Excelling in English himself, Ron has edited much of her work.

Margaret's books have been read and reviewed by readers from Australia, U.S. and India; the vast majority of reviews have been positive.

In addition, she has three blogs on WordPress, which has received many encouraging comments.

Margaret Lynette Sharp is a primarily a writer of sweet romance and Jane Austen fan fiction. 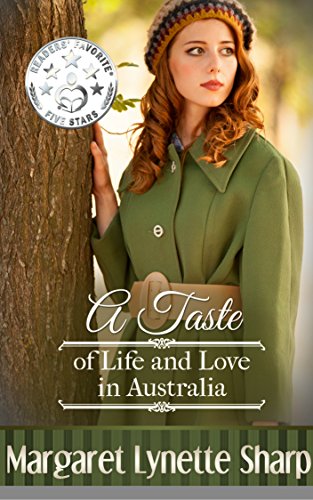 A Taste of Life and Love in Australia

First story, "The Girl Next Door". Will Allen ever find the confidence to ask his beautiful young neighbour Vicki to go out with him? Will fickle fate contrive to spoil his plans? Find this and twenty-seven more delightful romantic vignettes set in Australia within this collection by award-winning author Margaret Lynette Sharp.
Buy Kindle Version
Buy Paperback Version 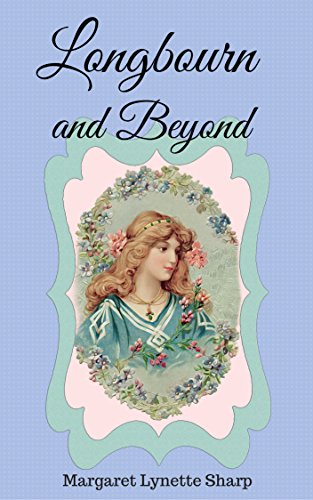 The Bennets and their extended family find themselves embroiled in a variety of fascinating situations, involving the likes of Miss Austen's original characters of Lady Catherine de Bourgh, Mr Collins and Colonel Fitzwilliam, and introducing newcomers such as the handsome, eligible bachelor, Dr Edward Hodges, and the bearded artist, Mr David King. Will Mary and Kitty, the remaining Bennet girls, each find compatible husbands for themselves? What will happen to change the lives of both Georgiana Darcy and Anne de Bourgh? This novel-length collection of related short stories, including the best-seller, 'Longbourn Revisited', is the brainchild of award-winning Australian author Margaret Lynette Sharp, for the especial enjoyment of lovers of Jane Austen Fan Fiction.
Buy Kindle Version
Buy Paperback Version 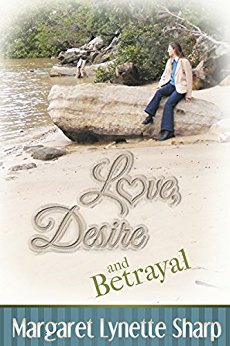 Four young women: Michaela, Sally, Amelia and Lauren. All Australian. All destined to find that the course of true love never did run smooth, not even when flowing through the rivers and streams of the romantic Antipodes. Four separate tales, here, exploring a universal theme: will career ambitions jeopardize the future of these young trailblazers? This is a series of compelling, short and highly readable works by Sydney author Margaret Lynette Sharp, whose skill as an artisan of short works has won her two literary awards, and #1 bestseller status on Amazon for one of her more recent efforts -- not to mention the acclaim of numerous well-respected critics. These four tales, written earlier in Sharp's career, are no less captivating.
Buy Kindle Version 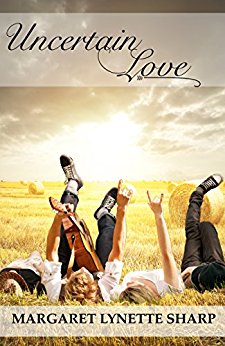 Twenty-one-year-old Amanda finds herself falling in love with Kevin, a self-assured guy from the right side of town. Doubts about his fidelity, though, start to creep in when unexpected circumstances arise. And Amanda fears her self-esteem may take a further nosedive when, finally, she meets Kevin's well-to-do and notoriously snobbish family. Has fate prepared a different path for her, that she may ultimately tread hand-in-hand with someone else? Set in Sydney, Australia, during the 1950's, this story by award-winning author Margaret Lynette Sharp offers an engaging read for lovers of sweet romance.
Buy Kindle Version 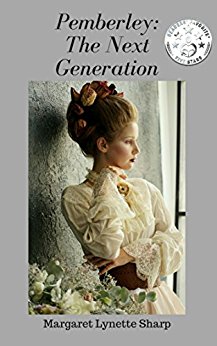 Pemberley: The Next Generation

Almost one and twenty years have passed since Elizabeth gave birth to her first child – a son, Fitzwilliam Edward Darcy. Since then, another child – a daughter, Juliette Elizabeth – has also entered the world, and has grown into a fine young lady. With her son’s birthday drawing nigh, the Mistress of Pemberley devises a plan to give the younger Fitzwilliam a day to remember.
Buy Kindle Version 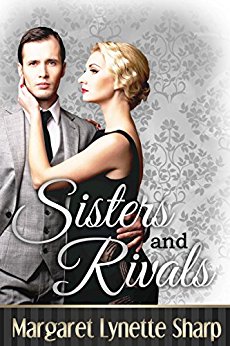 It's the mid nineteen fifties, and the nascent romance of two young Sydneysiders is about to be challenged. The heroine, Linda, is being courted by an ambitious young carpenter named Harry. Seemingly without effort, he passes the scrutiny of her parents and they encourage her alliance with him. Trouble brews, though, when her sister Tessa lays eyes on him and, despite her engagement to a young accountant, makes her feelings abundantly clear. Will Tessa's overtures ruin the fledgling love between Harry and Linda?
Buy Kindle Version 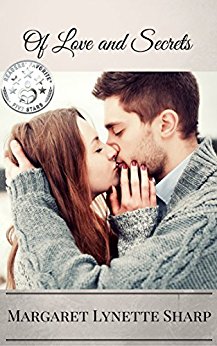 Of Love and Secrets

This is the story of an eighteen-year old woman as she battles for autonomy and a life of her own. Still living at home, under the ever-watchful eye of her domineering mother, Jenny struggles to build a life and find love. What is her destiny?
Buy Kindle Version 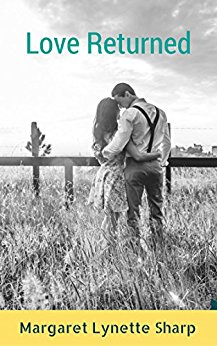 Four years have passed since Elizabeth left Australia's shores, to live on a Scottish sheep farm run by her husband, Tom. As newlyweds, they faced a period of adjustment, but their love for each other kept them close. When Elizabeth's father sustains life-threatening injuries, her sense of care and duty compels her to return to the land of her birth, leaving Tom behind to hold the fort. What unexpected complications will fate thrust into her life? How skilfully will she play her hand? Will Edward, her wealthy, former admirer, succeed as he tries to woo her away from her husband, to be with him and his daughter in their magnificent home?
Buy Kindle Version 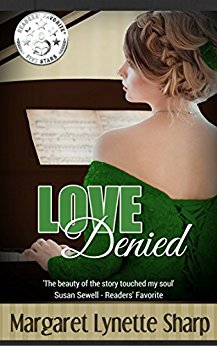 At thirty-one, Elizabeth, a music teacher fulfilled by her craft and dedicated to her students, is still single and living at home. Unexpectedly, the father of one of her students seems to want to court her. Edward, a well-heeled solicitor still recovering from the tragic death of his young wife, invites Elizabeth to dinner at his home - a home complete with a magnificent piano that he invites her to play. Out of the blue, Elizabeth receives a letter from her former admirer, Tom - a sheep-farmer, living in Scotland. Will the contents of this letter change Elizabeth's destiny? What startling secrets will it reveal that may upend Elizabeth's entire view of her life? This latest work by award-winning Australian author Margaret Lynette Sharp promises to be an engaging read for lovers of well-crafted, sweet romance.
Buy Kindle Version 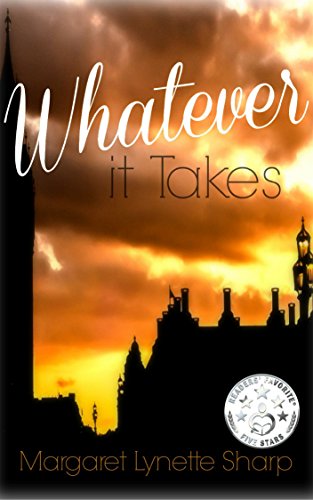 Although the London of the early 1950's holds its attractions, and love is blossoming between Lisa and her fellow trainee schoolteacher, Liam, Lisa stills nurtures resentment towards her Dad, who exiled her there from Sydney, leaving her in the care of her grandmother six years before. But when the widowed father who abandoned her announces that he will be marrying again -- this time to his flighty secretary, Eleanor -- he asks Lisa to return to Sydney to be a bridesmaid. How will Lisa deal with this, given the likelihood of her once again meeting up with her first love, the newly-separated, handsome Josh? What other complications will life dish out to her?
Buy Kindle Version
Scroll to top