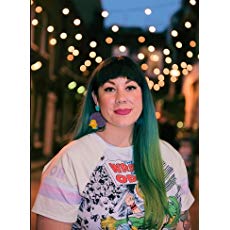 Maria Lewis is an author, journalist and screenwriter based in Sydney, Australia. Getting her start as a police reporter, her writing on pop culture has appeared in publications such as the New York Post, Guardian, Penthouse, The Daily Mail, Empire Magazine, Gizmodo, Huffington Post, The Daily and Sunday Telegraph, Junkee and many more. Previously seen as a presenter on SBS Viceland’s nightly news program The Feed and as the host of Cleverfan on ABC, she has been a journalist for over 13 years.

Her best-selling debut novel Who's Afraid? was published in 2016, followed by its sequel Who’s Afraid Too? in 2017. which was nominated for Best Horror Novel at the Aurealis Awards in 2018. Who’s Afraid? is being developed for television by the Emmy and BAFTA award-winning Hoodlum Entertainment. Her Young Adult debut, It Came From The Deep, was released globally on October 31, Halloween, 2017 and is a twist on The Little Mermaid. Her fourth book, The Witch Who Courted Death, is set for release on October 31, Halloween, 2018. 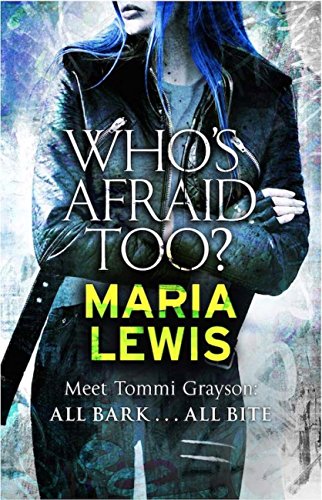 Who's Afraid Too? (Tommi Grayson Book 2)

'Gripping, fast-paced, and completely unexpected, Who's Afraid has more twists than a tornado. I loved this story!' Darynda Jones, New York Times bestselling author of the Charley Davidson series 'Truly one of the best in the genre I have ever read.' Oscar-nominee Lexi Alexander (Green Street Hooligans, Punisher: War Zone, Arrow, Supergirl) Tommi Grayson: all bark, all bite . . . and now she's BACK! After the worst family reunion in history, Tommi needed some space. She's spent the last few weeks trying to understand her heritage - the one that comes with a side order of fur - as well as learning about her Maori ancestry and how she can connect to it. But she can only escape for so long. When an unspeakable evil returns, Tommi will need every piece of knowledge and all the skills she has. With the help of allies old and new, frenemies both helpful and super-annoying, she's going to take the fight to the enemy . . . Praise for Maria Lewis 'It's about time we had another kick-arse werewolf heroine - can't wait to find out what happens next!' Keri Arthur 'Journalist Maria Lewis grabs the paranormal fiction genre by the scruff of its neck to give it a shake with her debut novel Who's Afraid?' The West Australian 'Underworld meets Animal Kingdom.' ALPHA Reader 'Lewis creates an intriguing world that's just begging to be fleshed out in further books.' APN 'If you haven't heard about Maria Lewis's new urban fantasy novel Who's Afraid you must have been living under a rock.' Good Reading Magazine 'An intriguing take on a classic monster with vibrant, modern characters.' Sci Fi Bulletin 'Pay attention urban fantasy fans - Maria Lewis is a name you'll want to remember.' One More Page 'Definitely worth reading over and over again, as well as buying multiple copies. Great stocking stuffers, those werewolf books.' Maria Lewis's mum
Buy Kindle Version
Buy Paperback Version 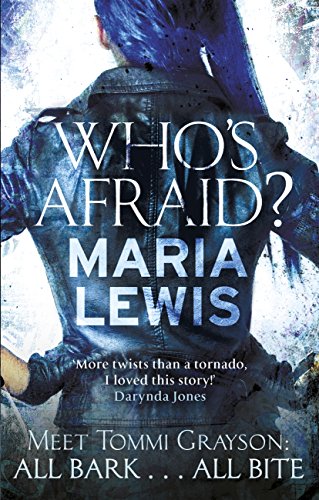 Meet Tommi Grayson: she's all bark . . . and all bite 'It was like my wolf had been there all along, waiting for me to tap its hand and step into the ring . . .' Tommi Grayson's never exactly been a normal girl. Bright blue hair, a mysterious past and barely controlled rage issues have a way of making a woman stand out. Yet she's never come close to guessing who she really is . . . When her mother dies, a shattered Tommi decides to track down her estranged father. Leaving Scotland for a remote corner of New Zealand, she discovers the truth of her heritage - and it's a whole lot more than merely human. Barely escaping with her life, now Tommi must return to her her friends, pretending everything is normal, while all too aware of the dangers lurking outside - and within. Worse still, something has followed her home . . . With the clock ticking, can Tommi learn to control her new powers in time to save the ones she loves? Mixing elements of fantasy, mystery and romance, Who's Afraid? is a must-read tale about one woman who takes on the world, one bite at a time 'Gripping, fast-paced, and completely unexpected, Who's Afraid has more twists than a tornado. I loved this story!' Darynda Jones, New York Times bestselling author of the Charley Davidson series
Buy Kindle Version
Buy Paperback Version
Scroll to top