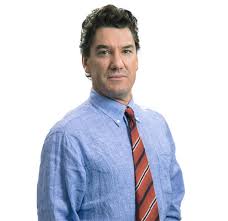 Mark Abernethy has been a writer and journalist for more than 25 year, writing for publications such as the Australian Financial Review, The Bulletin and the Sydney Morning Herald. His first novel, Golden Serpent, was published by A&U Arena in 2007, followed by Second Strike (2008), Double Back (2009) and Counter Attack (2011). The first four titles follow the exploits of an Aussie intelligence officer, Alan McQueen, who deals with problems in South East Asia. The McQueen books have been compared to Tom Clancy, Lee Child and Ian Fleming, and are on sale in Italian translation.

Abernethy is also a ghost writer and writer of non-fiction titles such as Business Angels (A&U 1999) and The Fast Life and Sudden Death of Michael McGurk (A&U 2010). He is a former editor at Australian Penthouse magazine and is the former editor of Charter, the monthly magazine of the Institute of Chartered Accountants in Australia. 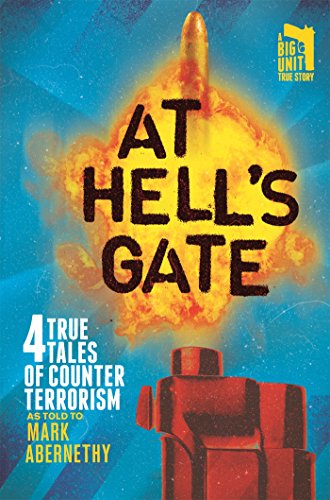 "I deal with heavy, dangerous people. People who can bring a society undone." The Contractor returns. Mike is a big unit. He builds houses and drives a ute. But he isn't your typical tradie. When a client calls he downs tools and flies into the hot zone in his other guise - that of an elite private intelligence contractor. In four high-octane adventures, The Contractor takes on a counter-surveillance gig in Singapore, a jungle ambush on a bomb-maker in South-East Asia, a cannonball run against the Taliban in Kabul and a gun deal on a floating armoury in the Indian Ocean. Will Mike make it back to his BBQ and building site? Or will fate deliver The Contractor At Hell's Gate?
Buy Kindle Version 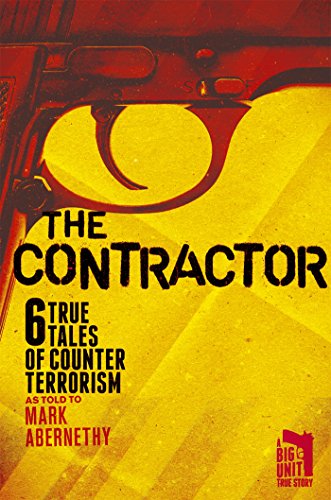 "...these are stories crying out to be turned into a gritty television drama - think a true story version of The Night Manager." Sydney Morning Herald 'I fix things. I can build you a house or remodel your bathroom. I can also make bad situations - and bad people - disappear.' Meet Mike. Runs a building site, drives a ute, likes a beer, loves his nail-gun. But Mike is hiding in plain sight. When the Pentagon call him in as 'Big Unit', he's another kind of contractor - one as handy with a Colt M4 as he is with a Skilsaw, a man as accustomed to danger, death, and pain as he is to a hammer and nails. In six action-packed true stories we follow a man who left foreign intelligence for a life 'on the tools', only to discover there's too many dangerous scenarios and terrible people still out there. The good guys need a James Bond in Blundstones. They need The Contractor. Tradie. Spy. Big Unit. Follow Big Unit as he goes undercover to save a family trapped by an ISIS-run drug cartel in the seedy back streets of Northern Pakistan to terrorist-besieged Paris to a deadly game of cat-and-mouse with Australia's most wanted murderer. LONGLISTED FOR THE NED KELLY AWARD FOR BEST TRUE CRIME 2018
Buy Kindle Version 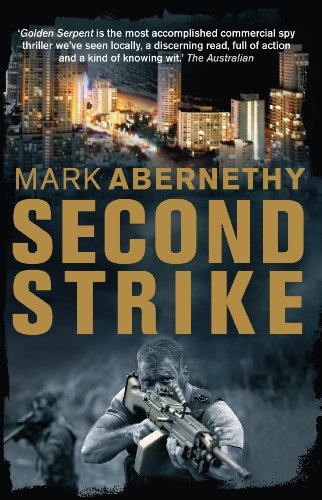 In the early hours of October 13, 2002, Australian spy Alan McQueen is jolted awake and told to immediately head to Bali, where more than two hundred people have been killed in a series of bomb blasts. Descending into Denpasar, Mac finds tensions running high between MI6, ASIS and the CIA, not to mention the Indonesian national police and Indonesian intel. Assigned to keep watch on the Australian forensic scientists working the bomb site - where the official line being peddled is that all the bombs were home-made - Mac learns that in fact one of the bombs was a military-grade mini-nuke. Trying to glean the motives for misleading the public, Mac pursues a shady group of businessmen-terrorists through the wilds of west Java and into Sumatra. But the trail goes dead when the terrorists fly out of Sumatra in an unmarked plane. Five years later, Mac is a freelance investigator living in Surfers Paradise, with his wife, Jenny, and baby daughter. During an apparently routine assignment looking into the people behind an Indonesian bio-engineering facility, Mac's partner is shot and MI6 turn up rather too quickly. Before too long Mac finds himself embroiled in the dangerous world of a new nuclear arms race. Forced on the run, with no Commonwealth back up, Mac suspects a connection between what's going on and the 2002 Bali bombings. Remembering back to a puzzling note he found back then with M4' written on it, he suddenly realises it referred to Mantiqui Four, the legendary Fourth Brigade of Jemaah Islamyiah, who are dedicated to an attack on Australian soil. The race is on as Mac discovers that the Fourth Brigade still have one remaining mini-nuke device. With ever-increasing tension, he trails his quarry from Indonesia to the Australian outback. In a thrilling denouement, involving three SAS troopers, several Israelis, the Indonesian police, and a Pakistani, Mac finds faced with more questions than answers. In this action-packed and gripping sequel to Golden Serpent Mark Abernethy confirms his status as a master thriller writer.
Buy Kindle Version
Buy Paperback Version 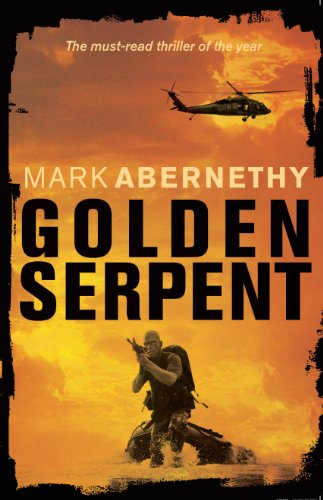 Alan McQueen, aka Mac, was once a star of the global intelligence community, renowned for being the Aussie spook who shot and killed Abu Sabaya, the world's most dangerous terrorist. But that was 2002. Now, during a routine assignment in Indonesia, McQueen discovers that Sabaya is not in fact dead. Instead he's teamed up with rogue CIA veteran Peter Garrison and is armed with a cache of stolen VX nerve agent he's threatening to deploy in a dramatic and deadly manner. Battling to stay one step ahead of Sabaya's hit-men, CIA double-agents and deep corruption within Australian intelligence, Mac must find the stolen VX before it's too late. His mission will take him on a chase through South-East Asia and test all of his considerable courage and ingenuity. Brilliantly written and action-packed, Golden Serpent will enthral fans of Andy McNab, Tom Clancy, Lee Child and Robert Ludlum. Guaranteed to satisfy even the most seasoned spy-thriller aficionado.
Buy Kindle Version
Buy Paperback Version 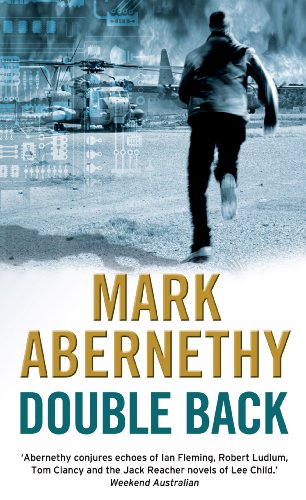 'Abernethy conjures echoes of Fleming, Ludlum, Clancy and the Jack Reacher novels of Lee Child.' - The Weekend Australian Intelligence agent Alan 'Mac' McQueen - the intrepid hero of Golden Serpent and Second Strike - is back! Double Back sees Mac fighting dangerous forces that will stop at nothing to sabotage East Timorese independence. Fighting the good fight, Mac discovers a plot to use a deadly ethno-bomb which kills only native East Timorese - who don't share the ethnicity of most Indonesians . Can Mac find and destroy the ethno-bomb before it's too late? With Double Back Mark Abernethy confirms his status as a master thriller writer. Praise for Abernethy's previous Alan McQueen books 'Golden Serpent is the most accomplished spy-thriller we've seen locally, a discerning read, full of action and a kind of knowing wit.' - The Australian 'Abernethy has once again hit the market. Gripping.'- Herald Sun 'A rip-roaring tale of espionage, terrorism and counter-intelligence.' - Sunday Tasmanian 'Fast paced and action-packed.' - The Age
Buy Kindle Version
Buy Paperback Version 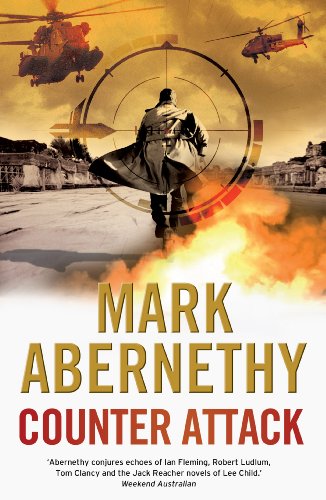 Australia's super-spy, Alan McQueen, has been lured out of retirement. Any dreams Mac has of a cosy office job are shattered when he's dispatched to Singapore to oversee a covert mission. And when things go disastrously wrong, he not only has to defend his reputation in Australia but also stay out of jail in Vietnam. From the leafy suburbs of Singapore to the mean streets of Saigon, from the political infighting of Canberra to the old killing fields of Northern Cambodia, Mac has to use all his cunning - and a few unusual alliances - to get to the bottom of a conspiracy that could throw the world into a thermo-nuclear showdown. When nothing is what it seems, and death is only one mistake away, Mac finds himself both hunter and hunted as he pursues a truth that could save millions of lives.
Buy Kindle Version
Buy Paperback Version
Scroll to top