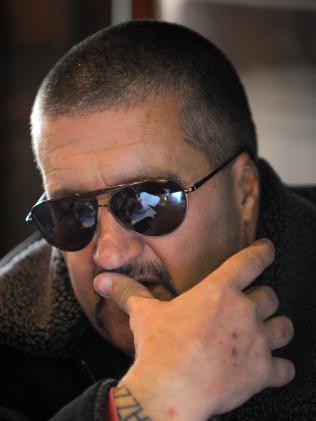 Mark Brandon "Chopper" Read was an Australian convicted criminal, gang member and author. Read wrote a series of semi-autobiographical fictional crime novels and children's books. The 2000 film Chopper is based on his life 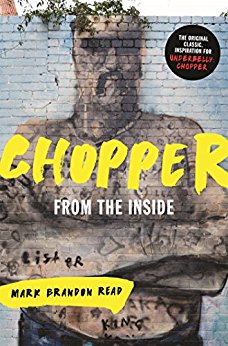 From the Inside: Chopper 1

The book that inspired Channel Nine's Underbelly: Chopper From streetfighter to standover man, gunman to underworld executioner, Mark Brandon 'Chopper' Read was earmarked for death a dozen times but somehow lived to tell the tale. This is it. Chopper: From The Inside became a best-seller on its release in 1991, spawning a series of books that have today sold over 500,000 copies around the world. Chopper also inspired an acclaimed feature film, countless art and stage shows and, in 2018, the major Channel Nine TV series Underbelly: Chopper. From The Inside is the first shot in the Chopper canon - written from his gaol cell and laced with the brutal humour that made this Australian crime commando a true legend of the underworld.
Buy Kindle Version
Buy Paperback Version
Buy Hardback Version
Scroll to top