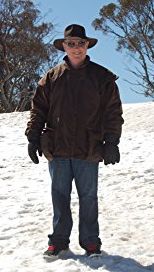 Mark Kerrigan was born in Brisbane, Australia and was educated in the Catholic system. In 1997 he entered a short story called "The Fissure Union" in the R. Carson Gold competition and received a highly commended. Over the next fourteen year the story slowly morphed into the novel that is available today. Mark has written the first draft of book 2 of The Heirs to Atlantis and has planned out the third. Mark Kerrigan is a teacher at a Catholic P to 12 College and is completing a Master's degree in Theological Studies. 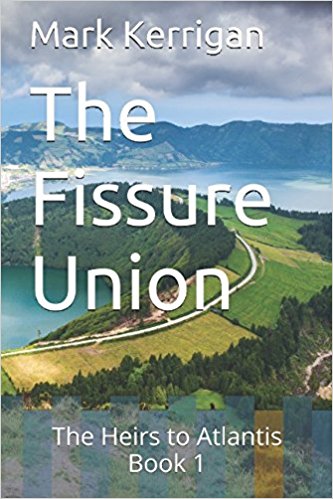 The Fissure Union: The Heirs to Atlantis Book 1

Atlantis 9560 BC For the past twenty-five years pirates had been disrupting traffic on the lucrative North African trade route. Although little more than savages, they were innumerable, and had learned to pick off the massive Atlantean vessels as they passed the Pillars of Heracles. The ships that did make their final destination of the Nile Delta were always greeted enthusiastically by the Egyptian people, a fledgling race of great potential. The Atlanteans were carefully nurturing these people in the hope of one-day developing a civilization that rivaled their own. With the seas in their present, unsafe condition, and the king unwilling to abandon the Egyptian people, a bold plan was conceived. A tunnel could be driven for over one thousand miles under the Atlantic seabed, from the Island of Atlantis to the North African coast. The tunnel could be heavily guarded, and fortifications set up at strategic points along the North African/Mediterranean coastline, thus creating a secure, dry land route to Egypt. The attempt to construct the tunnel resulted in the destruction of Atlantis and created a huge fissure that split the Atlantic Ocean in half and heralded the destruction of the world. The survivors of this tragedy, stranded on the West African Coast in present day Morocco, used the technology that was initially employed to construct the tunnel to reverse the disaster and seal the fissure , forming the Mid-Atlantic Ridge. A web of energy was created to bind the planet together and a Union of Tribes was conceived and charged with the task of maintaining and expanding the energy web. Throughout the Millennia, archaic knowledge was handed down from generation to generation, keeping the web in place and the planet safe. As civilizations flourished and society's attitudes changed, the Fissure Union was slowly forced underground. In the mid 16th century Union members were accused of being witched and were hanged. In order to survive and continue their crucial undertaking the Union disappeared from view entirely and built their headquarters in vast underground caverns beneath every major city. As empires spread to new lands and built new cities, so too went the Union, expanding and enhancing the energy web and keeping the planet safe. For 500 years the Union flourished in secret until the unimaginable happened. In the year 2003 in Brisbane, Australia the Union was exposed, and for the first time for centuries it lay open to public scrutiny. Thus starts a chain of events that brings the world to the brink of disaster. The fuel used to power the technology, the metal orichalcum, is running out, and the only known supply lies in the ruins of Atlantis, buried somewhere beneath the sea. Within the Union itself, a vicious power struggle rages between the descendants of the original kings of Atlantis over who will control its unimaginably vast resources. Now, with the exposure of the Union, the governments of countries containing Union facilities are moving in to claim ownership and the future of the world rests upon the warring shoulders of two men, Julian Troussos and William Baeder. The final outcome of this epic battle will determine the fate of the planet.
Buy Kindle Version
Buy Paperback Version
Scroll to top