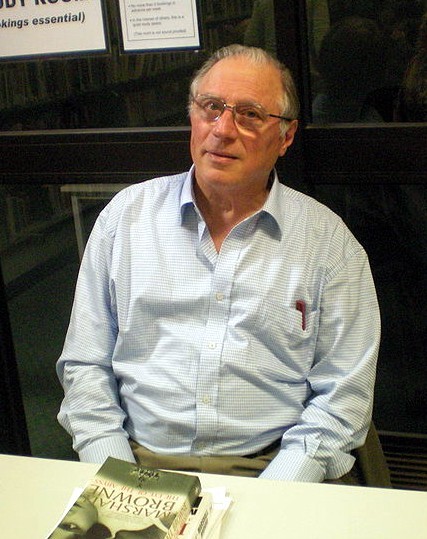 Browne was an international banker - he racked up 37 years with NAB - and one of his forebears was a founder of Australia's first bank. But the former paratrooper who once hankered for a spell in the French foreign legion loved writing and had three books published in Britain in the early '80s when writing was still ''an occasional Sunday activity''. Then came a couple of historical novels about Melbourne in the late 19th century, The Gilded Cage and The Burnt City. It was with The Wooden Leg of Inspector Anders, published in 1999 and featuring his one-legged policeman investigating the murder of a magistrate who was himself investigating the killing of an anti-Mafia judge, that he really struck a chord with readers. It won the Ned Kelly award for a first crime novel and was shortlisted in the 2002 Los Angeles Times book awards. Browne then turned his attention to Nazi Germany, writing three novels starring Franz Schmidt, an auditor, as their hero. Schmidt has only one eye, and Browne told Bookmarks he was interested in damaged heroes. He included Hideo Aoki, the hero of his 2006 novel, Rendezvous at Kamakura Inn, a disgraced Japanese policeman intact physically but not psychologically. Browne wrote three novels about Anders, and Australian Scholarly Press, which published The Gilded Cage in 1996, will bring out the fourth later this year. The book was at the editing stage when Browne died. 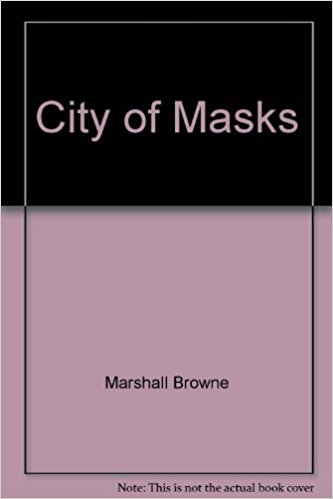 An intriguing tale of the darker side of Hong Kong's financial world, in which a Chinese millionaire is threatened and a government agent, perplexed by the nature of the threat, in turn becomes a target. - See more at: https://www.betterworldbooks.com/city-of-masks-id-1863401377.aspx#sthash.ZF1zFTwe.dpuf
Buy Hardback Version 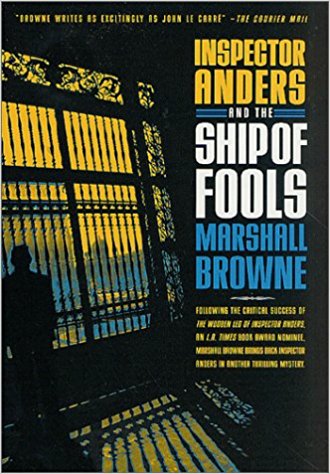 Inspector Anders and the Ship of Fools

Across Europe, a terrorist group opposed to globalization is killing executives who retrench large numbers of staff. The Italian Anders, with his extensive experience of terrorists, is called in to assist the French Police. It is not an assignment he welcomes. Anders is still recovering from the trauma of his recent success against the mafia, and is himself opposed to many of the practices of big corporations. Moreover, the terrorists are capable of feats that appear impossible. In the process of uncovering the methods and identity of his foes, Anders finds himself driven beyond all his experience and to the edge of sanity.
Buy Paperback Version
Buy Hardback Version 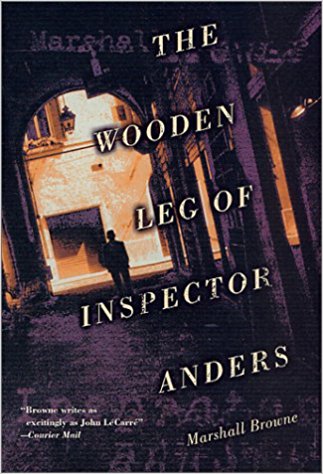 The Wooden Leg of Inspector Anders

Inspector Anders of the Rome Police force became a national hero when he closed down an anarchist group ten years ago. But in the action he lost a leg - and his nerve. Since then he has made his moral compromises with the corruption of the Italian state. Now he has been given one last job before early retirement: to close an inquiry into the murder of a respected judge in southern Italy. Once there he finds himself drawn into a shadowy world of corruption and power, and becomes increasingly involved with both the case and the judge's widow. Anders must maneuver through layers of corruption as he struggles to close the murder case. Then the judge's widow offers him the chance to redeem his life with one last explosive act of courage. The Wooden Leg of Inspector Anders is a remarkable debut sure to captivate and intrigue.
Buy Paperback Version
Buy Hardback Version 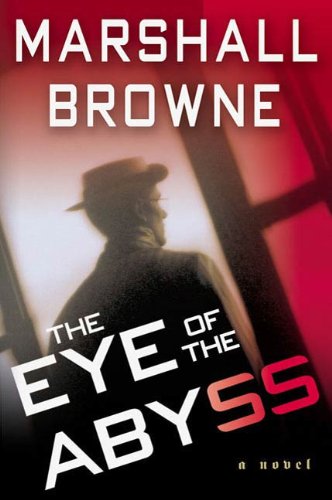 The Eye of The Abyss

It is Germany, 1938, and Franz Schmidt is the chief auditor in a commercial bank in a provincial city. But as Schmidt will soon learn, the bank's prestigious new client, the Nazi party, is at once its least desirable. Schmidt will oversee their account, and soon, he is embroiled in the duplicity, violence and horror that is Nazi Germany. Schmidt can't help but be involved, and the first victim of the harsh realities of the Germans' politics is a Jewish secretary whom Franz tries to help, much to his wife's distress. As Schmidt finds himself caught up in dangerous political machinations, he also finds himself, as the result of an act of compassion, under deadly suspicion. The Schmidts struggle to protect their marriage and their family without compromising their sense of decency, but eventually, Franz's world explodes. As events spin out of control, Franz must act, and he seeks revenge on those responsible by attempting a massive fraud on the Party itself. In Eye of the Abyss, Marshall Browne crafts an intelligent historical thriller reminiscent of Philip Kerr, Christopher Reich and Alan Furst with a riveting pace and spellbinding plot all his own.
Buy Kindle Version
Buy Paperback Version
Buy Hardback Version 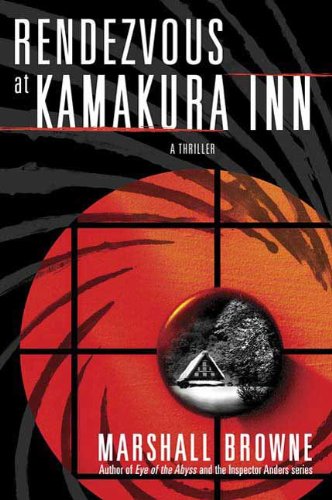 Rendezvous at Kamakura Inn: A Thriller

Detective Inspector Hideo Aoki learns that his case against ex-Governor Tamaki—one that he has been building for months— has been dismantled. Rattled by this directive, his life begins to spiral out of control, fueled by his obsession over the case, heavy drinking, and several repercussions too close to home. In an effort to help the emotionally unstable Aoki, the police department sends him to a remote Japanese mountain retreat. What was supposed to be a relaxing stay for the recently suspended investigator instead becomes a hotbed of suspense. Soon, familiar faces, furtive glances, secret dinner conversations and lurking secrets make Aoki realize that the guests at the Kamakura Inn are not unrelated. It becomes clear that something beyond coincidence has put them together; politician, banker, suspended detective, and an elusive Go master who manipulates Aoki like his game board pieces. A sudden snowstorm traps the guests together just as Aoki begins to piece together each guest's connection to an unsolved disappearance years prior. With no communication to the outside world, or method of escape, the relaxing retreat becomes a maze of stone walls, a geisha's seduction, and bloody murders in the night. Before long, Aoki realizes that his investigation into ex-Governor Tamaki and the unsolved disappearance are part of a larger scheme. Now Aoki must survive the snowstorm and make the swift return to Tokyo to uncover a multitude of secrets, and return alone to the case against Tamaki. Even in Tokyo, the characters from the Kamakura Inn are players and Aoki once again must escape the web of deceit before it closes in around him. Rendezvous at Kamakura Inn is another thrilling tale crafted by the critically acclaimed author of Eye of the Abyss and the Inspector Anders series.
Buy Kindle Version
Buy Paperback Version
Buy Hardback Version
Scroll to top