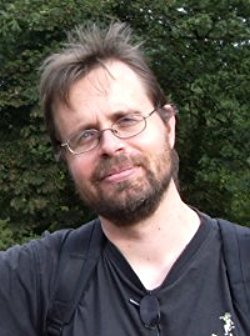 Perth-based writer Martin Livings has had over eighty short stories in a variety of magazines and anthologies over the past two decades. His first novel, Carnies, was published by Hachette Lirve in 2006, and was nominated for both the Aurealis and Ditmar awards, and has recently been republished in an updated format by Cohesion Press. 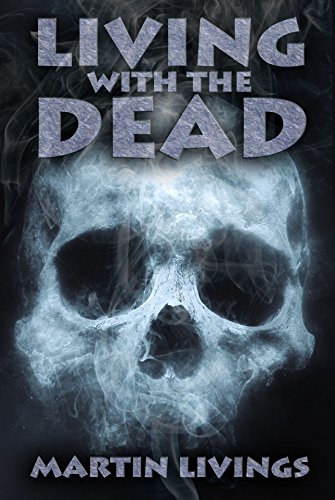 Living With the Dead

"If you're into horror, get into Livings. He knows what he's doing." Paul Haines A babysitter finds that an innocent clown doll isn't what it seems... A thrill-seeker discovers that running with monsters can be deadly... A gourmand finds that the finest meal might be closer than he expected... From the twisted mind that brought you the novel Carnies come twenty-three tales to shock, terrify, and perhaps even touch your heart. A cosmonaut finds that going home might cost him his life... A future where justice is not the only thing that's blind... A creature that was once a man stalks the streets of Glasgow... Celebrate twenty years of horror short fiction from esteemed author Martin Livings, with the very best of his award-winning work and three never-before published stories. A final concert by a living legend turns out to be much more... A ruined soldier discovers that hell and home can be the same place.... A man finds his future is written on a suit made of his own skin... Find out why Martin Livings is regarded as one of Australia's best in the genre. But be warned: it won't take long to become immersed in the tales, and once you are, you too will find yourself living with the dead. "I wouldn't be surprised to learn he writes his first drafts in blood." Kaaron Warren
Buy Kindle Version 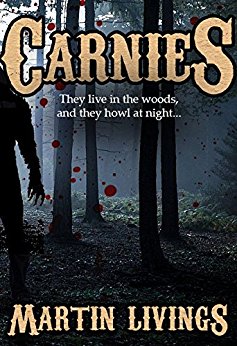 The carnival is coming... The small town of Tillbrook has a secret. One that has been kept for over a hundred years. Journalist David Hampden needs a good story to resurrect his flagging career. His damaged brother, unemployed photographer Paul, just needs to find some meaning in his life. When David is alerted to a century-old carnival, the idea of a feature story is too good to pass up, so he drags Paul along to Tillbrook. What they find is darker than they could ever imagine. Paul becomes part of the exotic world of the Dervish Carnival, est. 1899, and David must risk everything to save his brother. Even though Paul might not want to be saved. Come in and enjoy the show. No photos allowed. First published by Hachette Livre in 2006, Carnies is the debut novel of award-winning Australian horror writer Martin Livings, and won the Western Australian Science Fiction Foundation award for best novel of that year. "Livings is a master of his genre and manages to draw us into his world, kicking and screaming though we might be. And his world is dark, and there are things in the darkness that howl and hunger." Stephanie Gunn, Australian Horrorscope
Buy Kindle Version
Buy Paperback Version
Scroll to top