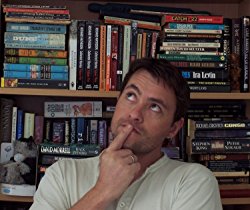 Marty Young is a Bram Stoker-nominated and Australian Shadows Award-winning writer and editor, and sometimes ghost hunter. He was the founding President of the Australian Horror Writers Association from 2005-2010, and one of the creative minds behind the internationally acclaimed Midnight Echo magazine, for which he also served as Executive Editor until mid-2013.

Marty’s first novel, 809 Jacob Street, was published in 2013 by Black Beacon Books, and won the Australian Shadows Award for Best Horror Novel. His novel was also given an Honorable Mention in Shelf Unbound’s Page Turner competition.

His short horror fiction has been nominated for both the Australian Shadows and Ditmar awards, reprinted in Australian Dark Fantasy and Horror (‘the best of 2008’), and repeatedly included in year’s best recommended reading lists. Marty’s essays on horror literature have been published in journals and university textbooks in Australia and India, and he was also co-editor of the award winning Macabre; A Journey through Australia’s Darkest Fears, a landmark anthology showcasing the best Australian horror stories from 1836 to the present.

When not writing, Marty is a Director and Senior Palynologist at MGPalaeo, based in Perth, WA.

Marty was the Associate Editor of the HWA’s Dark Whispers blog, where he ran the monthly Horror Roundtable for a year and a half, stepping down in April 2014. He used to keep an irregularly updated blog called Darkling Muse (October 2006 to December 2011), and an even more irregularly updated joint venture blog called Screaming Ink. SI eventually died a slow drawn out death in 2013. 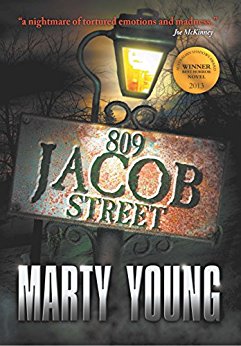 WINNER of the 2013 Australian Shadows Award for Best Horror novel! Fourteen year old Byron James wishes he'd never been dragged to Parkton. It's a crazy sideshow of a town in the middle of damn nowhere, and he's stranded there. To make matters worse, his two new friends - his only friends - turn out to be class rejects with an unhealthy interest in monsters. They want to discover the truth to the infamous monster house at number 809 Jacob Street. Joey Blue is an old bluesman who fell into his songs and couldn't find his way out again. Now he's a Gutterbreed, one of the slinking shifting shadows haunting the town's alleys. When an old dead friend comes begging for help, Joey's world is torn apart. He is forced to stare down the man he has become in order to rescue the man he once was - and there is only one place he can do that. The house on Jacob Street calls to them all, but what will they find when they open its door?
Buy Kindle Version
Buy Paperback Version
Scroll to top