Educated at the University of Queensland and the Goethe Institute, Bremen, Germany, he is the author of ten novels and short story collections, including The Lulu Magnet, A Night at the Pink Poodle, The Motorcycle Cafe, and The Pillow Fight. The Trout Opera, an epic novel that took him more than ten years to write, examines the Australian character through its chief protagonist Wilfred Lampe, a rabbiter and farm hand who spends his entire life in the township of Dalgety, on the banks of the Snowy River. The Sydney Daily Telegraph described the novel as "an instant classic".

In 2013, Condon published Three Crooked Kings, the first part of a biography of former Queensland Police Commissioner Terry Lewis who was charged in 1989 and later jailed on multiple corruption charges. The book was based on Condon's extensive interviews with Lewis and others as well as archival material. The biography is continued in Jacks and Jokers (2014) and All Fall Down (2015).

Condon, who now writes for The Courier-Mail and is the father of two children, is based in Brisbane, Australia. 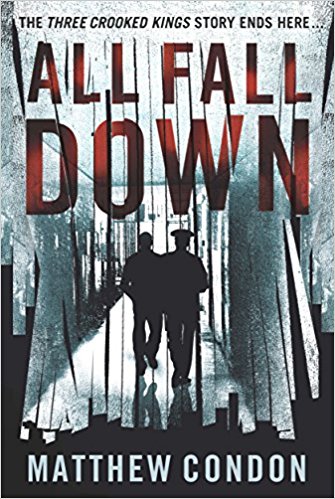 Continuing on from the bestselling true crime stories Three Crooked Kings and Jacks and Jokers, All Fall Down follows Terry Lewis as he becomes police commissioner and the era of corruption at the highest levels of the police and government goes on. As the Queensland police become more connected with their corrupt colleagues in Sydney, the era of heavy drugs and crime also begins. Tony Murphy and Glen Hallahan, two of the original “crooked kings,” become more enmeshed with “The Joke” which is run by bagman Jack Herbert. All Fall Down introduces new characters, more extraordinary behavior outside the law by the law, and along the way it charts the meteoric rise of police commissioner Terry Lewis. But with the arrival of the Fitzgerald Inquiry in the late 1980s, many will fall—and it’s not always the people who should. Once again award-winning journalist and novelist Matthew Condon has drawn from unprecedented access to Terry Lewis, as well as hundreds of interviews with key players and conspirators to craft the definitive account of the rise—and spectacular fall—of one man, an entire state, and over a generation of corruption.
Buy Paperback Version 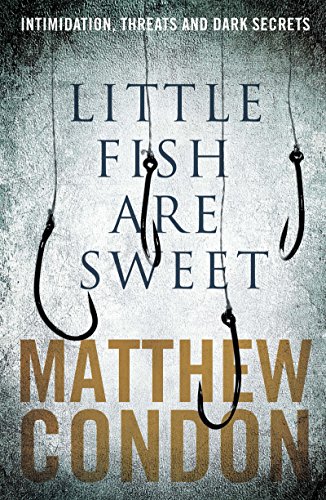 "I recall meeting Lewis on a number of occasions in company with Tony Murphy. I recall conversation getting around to payments of money with Murphy and Lewis. Lewis thanked me on several occasions and said 'Little fish are sweet." —Jack 'The Bagman' Herbert in evidence to the Fitzgerald Inquiry 1988. Little Fish Are Sweet is Matthew Condon's extraordinary personal account of writing the Three Crooked Kings trilogy. When Condon first interviewed disgraced former police commissioner Terry Lewis, he had no idea that it would be the start of a turbulent six-year journey. As hundreds of people came forward to share their powerful and sometimes shocking stories, decades of crime and corruption were revealed in a new light. Risking threats and intimidation, Condon tirelessly pursued his investigations into a web of cold murder cases and past conspiracies. What he discovered is much more sinister than anyone could have imagined
Buy Kindle Version
Buy Paperback Version
Scroll to top