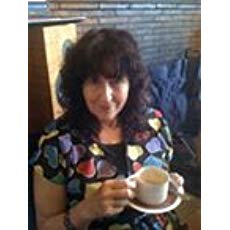 Rumour has it that she was named after Maurilia, the mysterious main-belt asteroid found between Mars and Jupiter...

That she comes from the city of Maurilia, documented in Italo Calvino's Invisible Cities...

She is winner of The State of Victoria Short Story Award and her first novel was shortlisted for the Australian Vogel Award.

Penguin Australia published her second novel, Fury, about Olympe de Gouges, an activist guillotined during the French Revolution for her surprisingly modern views on everything from the monarchy to sexual liberation. Fury was translated into German as Furie Hinter Den Spiegeln (Argument Verlag).

It was shortlisted for The Age Book of the Year and the prestigious Miles Franklin Award.

The Sea People (Penguin) explores an ill-fated first settlement in Sorrento, Australia, where one of Maurilia's ancestors arrived in a convict ship. (He was transported for stealing a sheep). The Sea People was shortlisted for the Braille Talking Books Award.

As in Fury, the narrative travels back and forth in time to tell its story.

The outrageously provocative Adultery (Penguin) has the glory of being one of the most stolen books from libraries... a great honour bestowed on it by passionate readers.

With film-maker Franco di Chiera, Adultery has been made into a screenplay, with the assistance of Film Victoria.

The Bad Seed is an intriguing ghost story, inspired by the mists of the Daylesford region where Maurilia now lives.

Madame Bovary's Haberdashery was published by Transit Lounge Publishing in 2013, and her new release, 5 Ways To Be Famous Now, is out September 1, 2016. 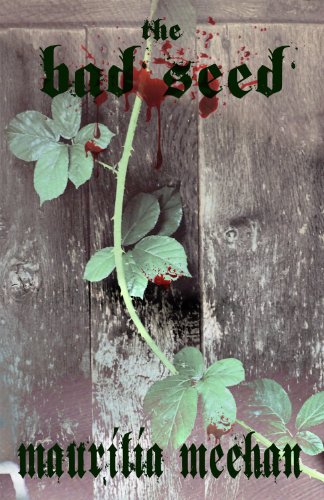 The Bad Seed: a subtly sinister tale told with humour and grace

Her young daughter has disappeared, sparking a massive murder hunt, and now her husband has gone walkabout in the bush with no plans to return. Nothing is coming up roses for small-time gardening correspondent Agatha. So she plants the seeds of a new life in an isolated village … in the dilapidated former home of a renowned witch. A strange new lover and mysterious visitors from half a world away will not allow Agatha’s own ghosts to rest … and her garden produces dark honey and poison as Maurilia Meehan’s tale builds to a chilling climax. Sinister flora and phantoms flourish in this rich and unforgettable work. ‘A fairy story with teeth, about blood, birth, the waxing and waning of the life force, maternal possession and loss.’ Cath Kenneally Sydney Morning Herald. ‘This subtle mental torture, teamed with Meehan’s elegant prose, is captivating.’ Tony Maniaty The Australian. ‘A whiff of Angela Carter’s fairy tales.’ Michelle Griffin The Age.
Buy Kindle Version
Buy Paperback Version
Scroll to top