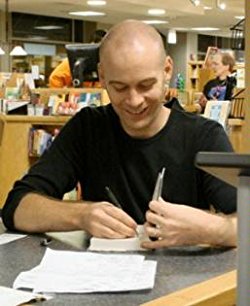 Max Barry (1973-) is the author of five novels, including "Lexicon," the New York Times Notable Book "Jennifer Government," and "Syrup," now a film starring Amber Heard. He is the creator of the online political simulation game "NationStates," for which he is far more famous among high school students and poli-sci majors than his novels. He lives in Melbourne, Australia, with his wife and two daughters. 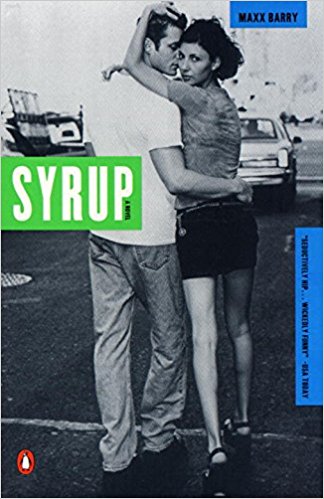 When Scat comes up with the idea for the hottest new soda ever, he's sure he'll retire the next rich, savvy marketing success story. But in the treacherous waters of corporate America there are no sure things--and suddenly Scat has to save not only his idea but his yet-to-be-realized career. With the help of the scarily beautiful and brainy 6, he sets out on a mission to reclaim the fame and fortune that, time and again, eludes him. This brilliantly scathing debut is a hilarious send-up of celebrity, sexual politics, corporate America, and the fleeting status that comes with getting to the table first--before the other guy has you for lunch.
Buy Paperback Version
Buy Hardback Version 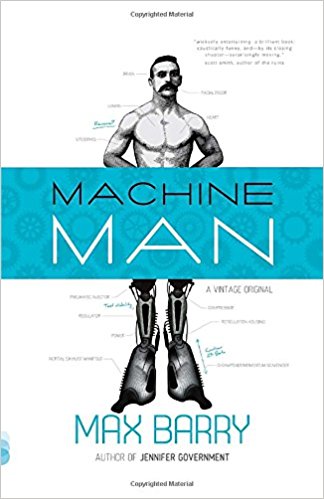 Scientist Charles Neumann loses a leg in an industrial accident. It's not a tragedy. It's an opportunity. Charlie always thought his body could be better. He begins to explore a few ideas. To build parts. Better parts. Prosthetist Lola Shanks loves a good artificial limb. In Charlie, she sees a man on his way to becoming artificial everything. But others see a madman. Or a product. Or a weapon. A story for the age of pervasive technology, Machine Man is a gruesomely funny unraveling of one man's quest for ultimate self-improvement.
Buy Kindle Version
Buy Paperback Version
Buy Hardback Version

They recruited Emily Ruff from the streets. They said it was because she's good with words. They'll live to regret it. They said Wil Parke survived something he shouldn't have. But he doesn't remember. Now they're after him and he doesn't know why. There's a word, they say. A word that kills. And they want it back . . .
Buy Kindle Version
Buy Paperback Version
Buy Hardback Version
Scroll to top