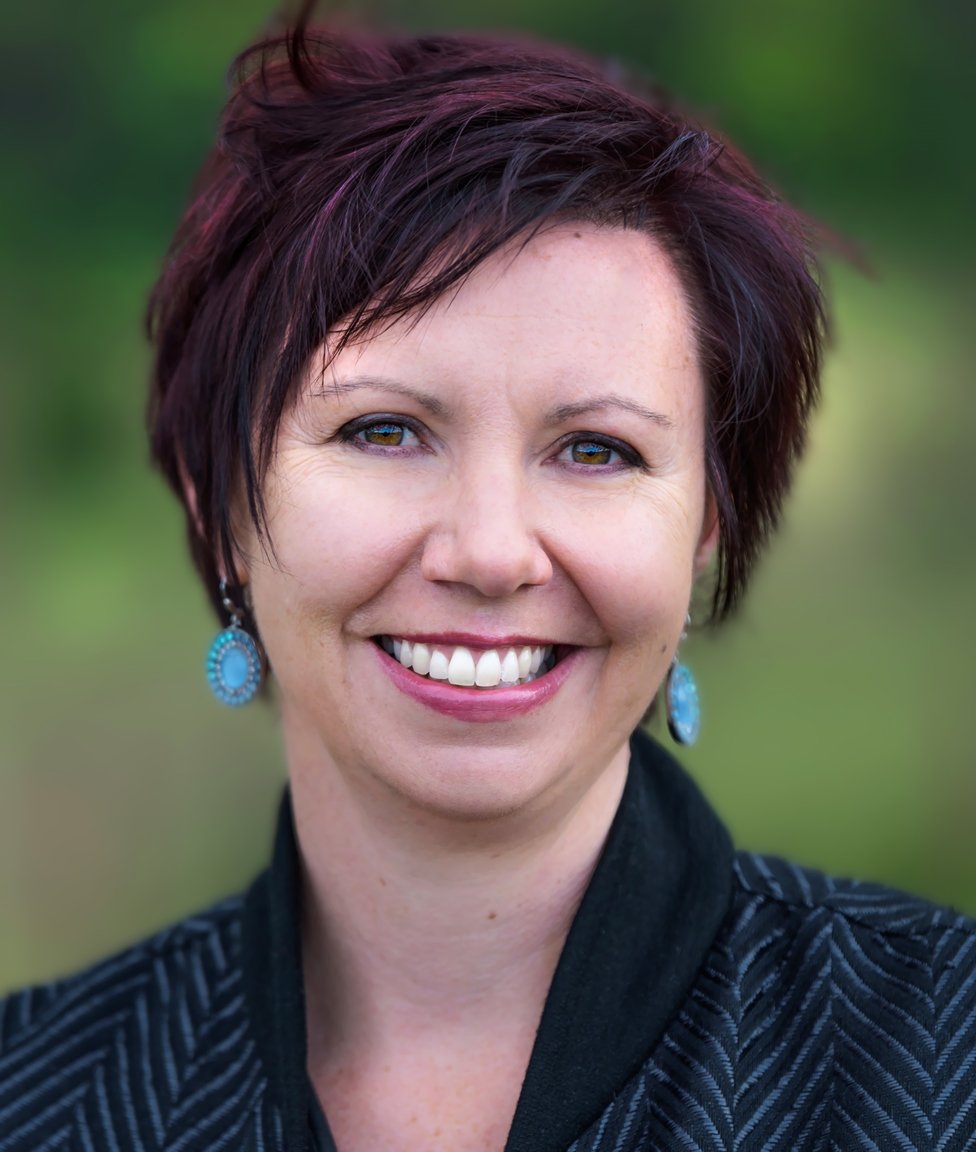 Melissa Pouliot, described by one of her children as a book writing machine, likes to think of herself as a word artist.

Her local newspaper published her first story Santa’s Elf when she was eight years old. Her early childhood stories about princesses, fairies and goblins, inspired by authors such as Enid Blyton and May Gibbs, evolved to teenage soap operas influenced by Sweet Valley High and the crime mysteries of Trixie Beldon.

While studying a Commerce university degree, she wrote her first unpublished piece for friends and family based on when she worked as a governess in outback Queensland. After an epiphany on a train to Sydney, she changed her university studies from numbers to words and enrolled in a Journalism degree. She returned to the harsh outback Queensland heat for her first newspaper job before moving south to the flat, arid landscape of Western Victoria to work in the busy newsroom of a tri-weekly paper. 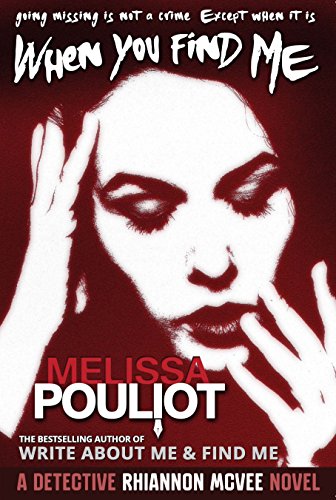 When You Find Me (Detective Rhiannon McVee Crime Mystery Book 2)

Going missing is not a crime, except when it is." As Australia leaves behind the 1980s and enters a new decade, more and more people are going missing, every hour, every day. Sydney teenage runaway Keely is still missing. Queensland cowboy Toby is still missing. Brian, the quiet baker married to his childhood sweetheart with five children, goes missing after a rampage in his suburban inner Sydney home. Beautiful Ayala Philips, the mother of four who has it all, has evil thoughts about her husband Clive then disappears in the vast Australian outback without a trace. Drawn to the missing, new recruit on the beat at Kings Cross in Sydney, Rhiannon McVee, is determined to be the one to find them. But she is the odd one out in her quest for the missing, while she navigates her way around a corrupt inner Sydney culture to get into the Detective’s unit. As tragedy after tragedy unfolds on the job, Rhiannon must face her own personal tragedy, before she loses the love of her life, Mac, and becomes lost to herself. And if Rhiannon disappears, who will find the missing? This gripping crime mystery with a delicate touch of outback romance, is by bestselling Australian author Melissa Pouliot, whose fiction writing is inspired by her own personal missing persons tragedy. If you loved Gone Girl and Girl on the Train, you'll love the Detective Rhiannon McVee crime mystery series.
Buy Kindle Version
Buy Paperback Version 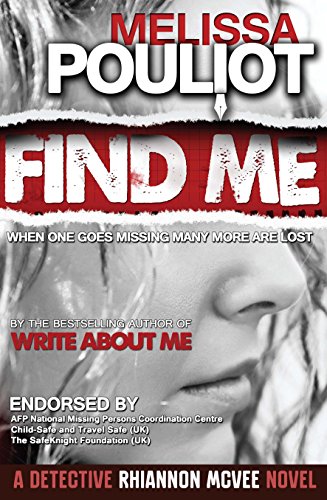 It is 1988 in Australia and people are missing. And when one goes missing, many more are lost. In outback Queensland, quiet and reserved teenager Leesa Richards disappears silently from her bedroom into the fog early one morning. Then cowboy Toby White leaves his pregnant wife Alice in a cloud of dust and mystery, never to be seen again. A world away, in the hustling inner city suburbs of Sydney, rebellious teenager Keely Johnson forms an elaborate plan to escape her boring suburban life and trade it for the excitement and glamour of the streets of Kings Cross. The only child of southwest Queensland sheep pastoralists, Rhiannon McVee has her eyes firmly set on swapping her cowboy boots for police-issue brogues. But with her parents and the love of her life Mac pressuring her to stay close to home, will her quest to find the missing be over before it begins? From the harsh isolated Australian outback to the dangerous underbelly of Kings Cross, Rhiannon learns the hard way that when so many slip through the cracks, finding them is never as easy as it seems. And that when you leave the people you love, you might lose them forever. FIND ME is a mix of crime and a delicate touch of outback romance, inspired by the author's own personal missing persons tragedy. If you loved Gone Girl and Girl on the Train, you'll love the first novel in the Detective Rhiannon McVee crime mystery series by bestselling Australian author Melissa Pouliot.
Buy Kindle Version
Buy Paperback Version 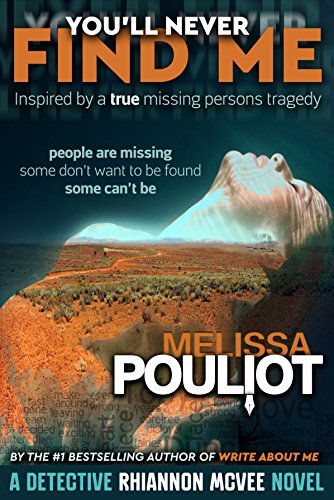 A teenage runaway: Sydney teen Keely Johnson went missing in 1988. Five years on, with her family ripped apart by their grief, her younger sister Ashley remains determined to never give up hope of finding her. An unsolved disappearance: From the outside looking in, Clive and Ayala Philips were living a privileged and happy life, flitting between their outback Australian property and their city and overseas luxury apartments. But when Ayala disappears without a trace, it appears their lives were not so perfect after all. A murder confession without a body: Bourke teenager, Sarah-Jayne Hart, goes for a late afternoon walk but doesn’t come home. It doesn’t take long for police to find their suspect and he is quick to confess to her murder. But what has he done with her body? Did he really kill her or is she still out there somewhere? A body buried in the bush: Who is the mystery woman buried west of nowhere, with the random clue s.k.y. that nobody can connect? A young female detective: Plain Clothes Senior Constable Rhiannon McVee has left the bright lights of Sydney to be closer to the cowboy of her dreams, Mac, and the vast outback that is her home. But her missing persons’ cases keep dragging her back to the city streets and away from her true love. While she continues searching desperately for all those who are lost, will Mac wait for her? The third crime mystery in the Detective Rhiannon McVee series, You'll Never Find Me will have you turning the page well into the night. Inspired by a true missing person tragedy from the international bestselling author of Write About Me.
Buy Kindle Version
Buy Paperback Version 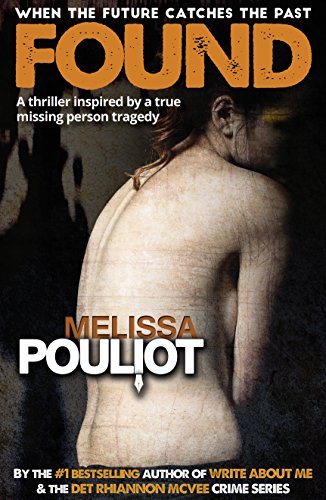 "The case is cold. All hope is lost. Suddenly, the future collides with the past. " In 1988, teenage runaway Annabelle Brown vanishes in the rugged Blue Mountains west of Sydney in a shroud of mystery and intrigue. Twenty-seven years later, with no body, no clues and no leads, the case remains unsolved. Then reformed Kings Cross drug dealer Antonio ‘Ant’ Fitzpatrick runs into his old flame Christine Long, a prostitute turned jewellery designer for the elite, and the criminal underground drags them back to their dark pasts. Bright, young detective Louise Whadary, determined to solve this cold case, discovers some hidden clues, and their lives start to unravel as the secrets they buried come back to haunt them. As investigators close in on a murder suspect, Annabelle’s family realise it’s never too late to discover the truth. But will that truth ever be found? The sequel to the #1 bestselling novel Write About Me, by the Australian author of the Detective Rhiannon McVee crime series.
Buy Kindle Version
Buy Paperback Version 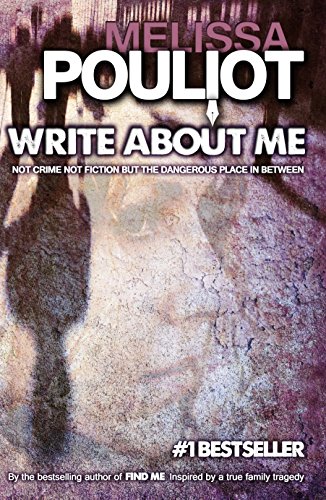 Write About Me (The Missing Annabelle Brown Series Book 1)

The year is 1988 and 16-year old Annabelle Brown from northern Queensland runs away from her family and friends for the bright lights of somewhere new. She ends up in Kings Cross in Sydney where her life takes some dark twists and turns. Endorsed by the Australian Federal Police, Write About Me is real and raw and will break your heart into a million pieces. Inspired by the author's heartbreaking true family cold case mystery, 'Write About Me' is a heart-wrenching story about a teenage runaway who doesn’t come home. Not crime, not fiction, but that dangerous place in between. If you love crime mystery authors Mary Higgins Clark, Emily Bleeker and Lisa Gardner, you'll love Melissa Pouliot.
Buy Kindle Version
Buy Paperback Version
Scroll to top