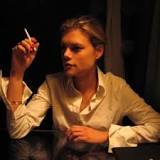 Miranda Darling began her career as a fashion model in Paris and London, then went on to read English and Modern Languages at Oxford University. She travelled widely to countries such as Russia, Azerbaijan, Croatia, Namibia and Indonesia before returning to Australia to complete a Masters in Strategic Studies and Defence. She analysed new security threats for a think tank, where she published widely in newspapers and journals. She retains an interest in international intrigue and now writes full-time. 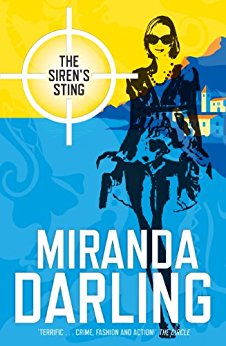 She was not an action woman: she could not run very fast; she favoured ballet slippers over combat boots, never swore and still suffered from nightmares; she did not enjoy confrontation of any kind. She was reluctant to face risk, and it was a quality that made her very good at her job. Her art lay in her ability to pass unnoticed, to slip in and out of the cracks of life, to be quietly invisible.
Buy Kindle Version
Buy Paperback Version 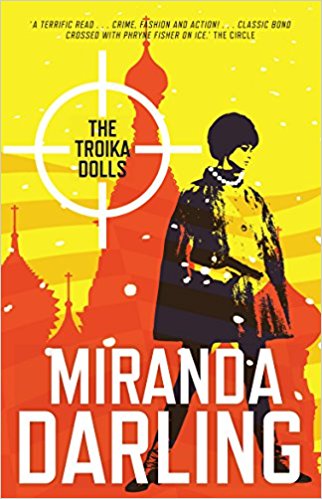 Meet Stevie Duveen: striking, brilliant, gifted in seven languages and all kinds of combat - and strategic analyst for Hazard Ltd, an international trouble-shooting outfit specialising in discreet and very dangerous missions. Surprise is her most effective weapon, apart from her fierce intellect, unflagging determination and razor-sharp intuition. And something even the most battle-scarred operative lacks: she cares, sometimes too much. Which is why she is nursing a broken heart and telling herself she will never fall in love again. Called to Moscow by an old friend to assess the security risk to the head of the Russian Central Bank, she arrives to find the find the bank regulator's teenage daughter has been kidnapped. Valery Kozcov has been a fearless crusader against widespread corruption in Russia and organised crime's infiltration of the government - and now his enemies are retaliating with deadly force. What they are demanding of him is unthinkable - but they have his beloved Anya. And they will stop at nothing to silence him. Stevie uncovers unspeakable evil as she penetrates the very heart of the Russian mafia and finds herself caught up in the terrifying world of people trafficking and sex slavery. From the murky alleys of Moscow to forests blanketed in mid-winter snow to Switzerland's exclusive alpine resorts, Stevie tries to stay one step ahead of danger as she edges ever closer to Anya and the terrible fate awaiting her.
Buy Kindle Version
Buy Paperback Version
Scroll to top