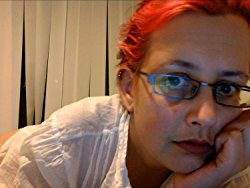 I grew up in a little country town called Walla Walla. A tiny place - about 600 people and a Lutheran church that, ironically, could seat all of them. Walla Walla had one big thing going for it - a lack of FUN trouble to get into. So when I was a kid, I spent most of my leisure time reading. And writing. And imagining weird stuff. I come by that talent naturally, you know - my mother has a nutty imagination and a nuttier sense of humour.

I grew up, moved to the Big Smoke, made a few dumb mistakes, grew up some more, and eventually realised that I'd always wanted to be a writer. So I started writing again. I wrote, and wrote, and eventually DEAD(ish) turned up in my head, almost fully-fledged, and I decided that Linda, Mike and Trent might just make me famous. *snicker*

I live in Brisbane, Queensland. I spend my days freelancing, writing books, and reading other people's books. 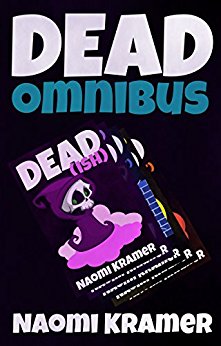 The DEAD(ish) series is a collection of humorous murder mysteries starring Linda the ghost and Trent the hapless private investigator. Lots of melodrama, ghostly shenanigans, and a pinch of revenge thrown in for good measure. This omnibus contains books 1-5 of the DEAD(ish) series: - DEAD(ish), in which Linda goes searching for her missing body. - (technically) DEAD, in which Cooper finds an afterlife worthy of a computer geek. - DEAD (as a doorpost), in which Linda strong-arms John into finding out how he died. - (imminently) DEAD, in which Geordie receives death threats galore. - DEAD (and hellbent), in which Mike is convinced that Linda is again haunting him. Warning: This series contains Aussie spelling and idioms, a large number of rude words, and some adult themes. It is not suitable for children.
Buy Kindle Version 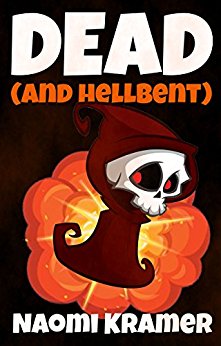 Mike is days away from getting out of jail. But he has a big problem - he's being tormented again. This time, it's extra nasty. He's convinced that Linda is back to make his life hell. Linda was enjoying Heaven until Mike started screaming for her attention. She's not interested in helping him, though - she just wants him to go the hell away. Trent, as usual, is given the job of working out what the hell is going on. Warning: Contains violence, rude words, and Aussie spelling and slang. Not suitable for children.
Buy Kindle Version 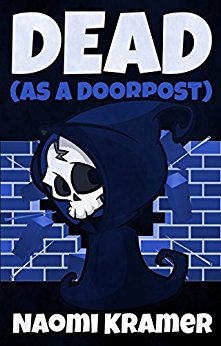 Dead as a Doorpost (DEAD(ish) Book 3)

John's dead. He's pretty happy about it, actually. So's his wife, Melissa. Linda, on the other hand, suspects foul play - and she's not going to rest until she finds out what happened.
Buy Kindle Version 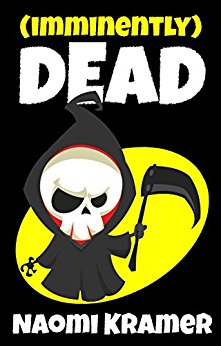 Geordie and Lazarus are back, and they have a big problem. Someone's sending death threats to Geordie, and he's afraid that he'll soon be relegated to an afterlife of wandering the earth, giving fashion advice to the passé living. Can Trent and Linda save him from his fate?
Buy Kindle Version 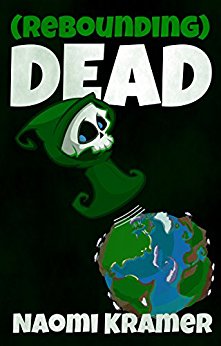 Linda has a new challenge: a dead girl in a flood of tears, too traumatised to even explain herself. What the hell happened to no tears in Heaven? Prudence always wanted to go to Heaven. But now she's discovering that the afterlife isn't all harps and clouds. She has a new mentor - Linda - and some very confusing information to assimilate. First step: find out how she died, and why she keeps bouncing between Heaven and Earth like an out-of-control tennis ball. To find out what happened to Prudence, Linda will have to tangle with a fundamentalist church... and visit Hell again. Rebounding Dead is the sixth book in the popular Deadish series.
Buy Kindle Version 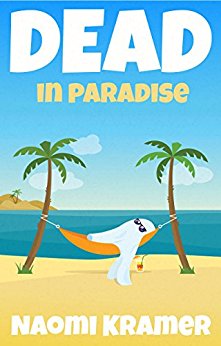 Paul's not dead. He might not know much, but he's sure of that. Last he remembers, he was leaving his Bali hotel for a night of partying. Linda's been assigned to mentor him in Heaven - but first she has to get him there.
Buy Kindle Version
Buy Paperback Version
Scroll to top