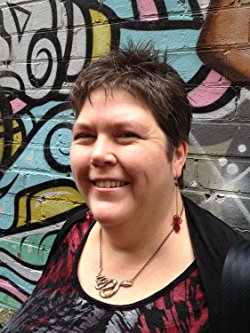 Narrelle M Harris is a Melbourne-based writer of crime, horror, fantasy, romance, erotica and non-fiction. Her books include Fly By Night (nominated for a Ned Kelly Award for First Crime Novel), fantasies Witch Honour and Witch Faith (both short-listed for the George Turner Prize) and vampire book, The Opposite of Life, set in Melbourne.
In March 2012, her short story collection, Showtime, became the fifth of the 12 Planets series (released by World Fantasy Award winning Twelfth Planet Press). Walking Shadows, the sequel to The Opposite of Life, was released by Clan Destine Press in June 2012, and was nominated for the Chronos Awards for SF and fantasy, and shortlisted for the Davitt Awards for crime writing.
In 2013, Narrelle also began writing erotic romance with Encounters (Clan Destine Press) and Escape Publishing. Six short stories have been published to date. Her first full-length work, The Adventure of the Colonial Boy – a Holmes/Watson romance set in Australia in 1893 – was published by Improbable Press in 2016. 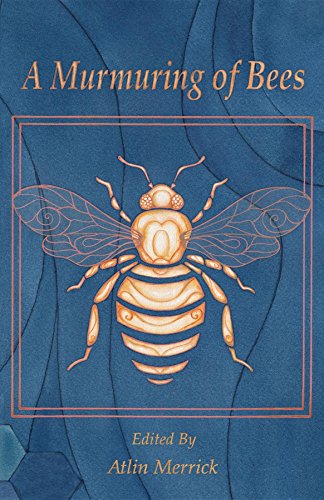 A Murmuring of Bees

Think of Sherlock Holmes and you think of mysteries, John Watson…and bees. While Arthur Conan Doyle sent the great detective to tend hives in retirement, here bees are front and centre in stories of love and romance, war and hope, of honey on the tongue and a sting in the tail. In tales of rare nectars, secret diaries, and the private language of lovers, bees may be the buzzing heart of the story…or as ephemeral as a murmur. What you'll find in every tale are John Watson and Sherlock Holmes helping one another, wanting one another, loving one another. To encourage a world where such love is seen for the precious thing it is, profits from "A Murmuring of Bees" will be donated to the It Gets Better Project.
Buy Kindle Version
Buy Paperback Version 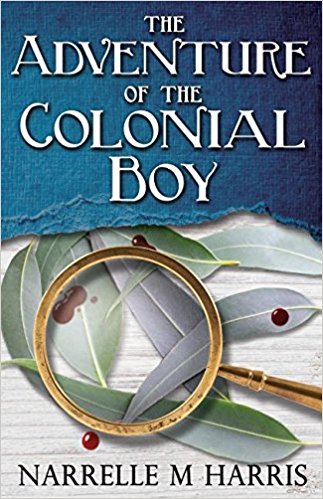 The Adventure of the Colonial Boy

1893. Dr Watson, still in mourning for the death of his great friend Sherlock Holmes, is now triply bereaved, with his wife Mary's death in childbirth. Then a telegram from Melbourne, Australia intrudes into his grief. “Come at once if convenient." Both suspicious and desperate to believe that Holmes may not, after all, be dead, Watson goes as immediately as the sea voyage will allow. Soon Holmes and Watson are together again, on an adventure through Bohemian Melbourne and rural Victoria, following a series of murders linked by a repulsive red leech and one of Moriarty’s lieutenants. But things are not as they were. Too many words lie unsaid between the Great Detective and his biographer. Too much that they feel is a secret. Solve the crime, forgive a friend, rediscover trust and admit to love. Surely that is not beyond that legendary duo, Sherlock Holmes and Dr John Watson? Improbable Press books add romance to the adventure, set in a world where Sherlock Holmes and John Watson’s relationship steps beyond friendship.
Buy Kindle Version
Buy Paperback Version 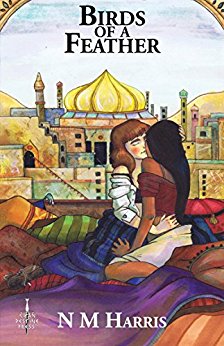 Adventures in love in exotic Cairo. Alice Taylor Stewart is an engineer. Nerida Cordo is a linguist. Together, they travel the world building bridges ~ both literal and figurative. They also delight in getting up to all kinds of mischief; like a two-woman St Trinians. And the other thing in which they take delight?
Buy Kindle Version 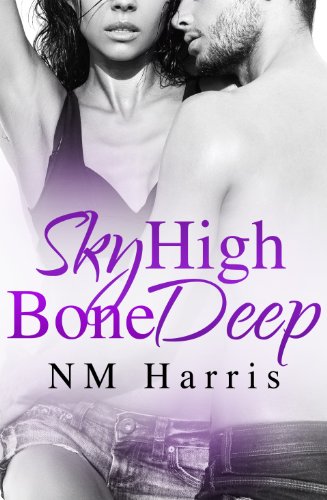 Traditionally, leather is an anniversary gift. One couple is about to take that in a very non-traditional way... Rory and Lily have been married for five years, and they have special plans to celebrate their anniversary: a little game involving a collar and a leash and some silky underwear...for Rory. A little light bondage can be just for fun — but beyond the play, there is love, bone deep and bright as the stars.
Buy Kindle Version
Buy Paperback Version 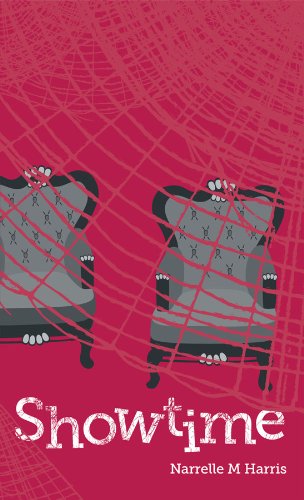 Family drama can be found anywhere: in kitchens, in cafes. Derelict hotels, showground rides. Even dungeons far below ruined Hungarian castles. (Okay, especially in Hungarian dungeons.) Old family fights can go on forever, especially if you’re undead. If an opportunity came to save someone else’s family, the way you couldn’t save your own, would you take it? Your family might include ghosts, or zombies, or vampires. Maybe they just have allergies. Nobody’s perfect. Family history can weigh on the present like a stone. But the thing about families is, you can’t escape them. Not ever. And mostly, you don’t want to.
Buy Kindle Version 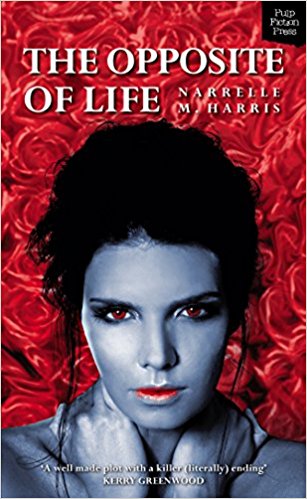 The Opposite of Life

‘I remember screaming very loudly. In TV shows that’s where the ad break comes in, while some ninny is screaming her head off. No ad breaks in life, though.’ Lissa Wilson has seen more than enough death in her family, so when people start being savagely killed whenever she has a night out in Melbourne with her beautiful new boyfriend, she’s determined to investigate and to make the killing stop. Even when she realises the murders must be the work of a vampire. Things had been looking up for this librarian and 21st century geekgirl, but the murders make her remember why she prefers books to people. People leave you. People can die. She finds herself teaming up with the painfully awkward Gary to get to the undead heart of the matter. But there are more challenges in store than Gary’s appalling fashion sense. The idea of living forever can be a big temptation for someone who has lost so much….
Buy Paperback Version 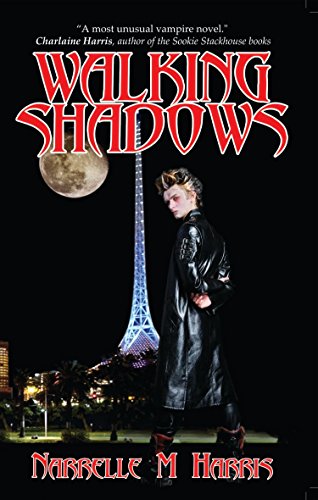 Lissa Wilson's life hasn't been quite the same since people she cared about started getting themselves killed. By vampires. And Lissa learnt that the opposite of life is not always death. On the plus side, she made a new friend. Gary Hooper may be the worst best-friend a librarian could have - and easily the worst vampire ever - but he has taught Lissa the real meaning of life. Gary's worldview has also improved remarkably since meeting Lissa, but all that could be lost if she discovers what services he provides Melbourne's undead community. Meanwhile, as their friendship brings him closer to the humanity he lost, it also puts them both in grave danger. And there's a big chance that the evil stalking them could them both killed - in his case, for good this time.
Buy Kindle Version 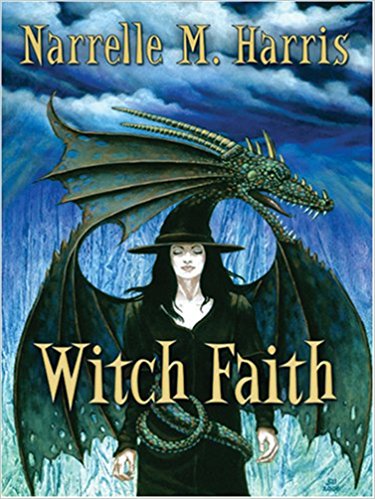 Witch Faith is the sequel to Witch Honour. Like its predecessor, Witch Faith was shortlisted for the George Turner Prize for unpublished fiction, in 1999. Five Star Speculative Fiction released hardcover editions of Witch Honour in 2005 and Witch Faith in 2007. In 2011, Witch Honour and Witch Faith are now back in print as e-books. ***** Magda trained to be a doctor at one of Solfleet’s best medical establishments. On her way to her first assignment however she ended up on a world where technology has been lost. Magic is strong, however, and Magda finds that she wields it. But not everyone welcomes a witch here. She and her three friends – also witches - are recovering from injuries sustained in a recent civil war. Sylvia seems to have lost her powers completely, and Leenan is stuck in the body of a dragon. Only Tephee is physically recovered, but she has changed in other ways. Confusion is added to the war's aftermath by the arrival of Sebastian, an Arc priest who worships the space-faring founders of this world. He has reports of an "Arc vessel" which has crashed on Marin Kuta, an island off the west coast. Magda suspects the vessel may be a spaceship from Earth and determines to find it, seeking medical treatment for her injured friends. Marin Kuta was originally home to the Leylites, Earth-Mother worshippers who revere witches and are brutally persecuted by the Arc priests. Despite the danger, the witches decide to investigate. They are accompanied by Sebastian, who is convinced that Magda has been sent to heal the rift between the two religions, and Cadogan Ho, a Leylite refugee from Marin Kuta who is now sergeant of the Castle Guard. The witches meet with awe and love as they travel – but also with fear and hatred... and death.
Buy Hardback Version

A group of witches gathers in the town of Tunston, on a simple undeveloped world far distant from our own. Magda, Tephee, Sylvia, and Leenan each have their own unique gifts of power. Witches are not trusted in this distant world, in which magic works but technology, which is associated with a widespread religious order referred to as "the Arc," is feeble. In the spring, a group of exiles arrives in Tunston. They bring news of the overthrow of King Armand of Tyne, deposed by his cousin with the aid of a witch, Zuleika Tallan. Discovering the deposed king is still alive, the witches decide to journey to Tyne. Meeting the injured king at last, Sylvia announces her intention to defeat Zuleika regardless of his wishes. King Armand is irresolute, and the mysterious enmity of the exiled captain of the castle guard with the king boils over and affects the group. Magda and her friends must work to overcome their own problems before the true king and his ragtag army are destroyed. On their journey they discover that one of them holds the key to ultimate victory, but will she learn to control her power in time to avert disaster? In the end, all that the witches can count on is their own inner strength - and each other.
Buy Hardback Version
Scroll to top