Nicholas Jose is an Australian author best-known for his fiction and cultural essays.
His seven novels and two collections of short stories include Paper Nautilus, The Red Thread and Original Face. His acclaimed memoir Black Sheep: Journey to Borroloola appeared in 2002. He was general editor of the Macquarie PEN Anthology of Australian Literature (2009) and has written widely on contemporary Australian and Asian art and literature. In 2002-05 he was President of Sydney PEN. He was Visiting Chair of Australian Studies at Harvard University, 2009-10, and is an adjunct professor with the Writing and Society Research Centre at the University of Western Sydney. He was Chair of Creative Writing at The University of Adelaide 2005-08, where he is now Professor of English and Creative Writing. 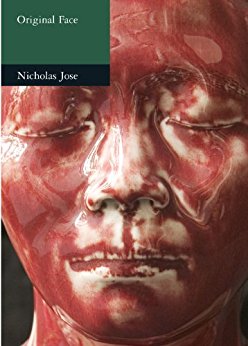 The drama begins with a body dumped in south-western Sydney – skinned, with no face. Lewis Lin, taxi driver, photographer, recent arrival from Beijing, happens to be at the scene. With detectives Ginger Rogers and Shelley Swert in pursuit, Lin finds himself drawn into a deadly immigration racket, with a cast which includes a film-maker just in from LA, a Buddhist monk, a millionaire bachelor artist, a masseuse, a maniacal violinist, and a refugee assassin.
Buy Kindle Version
Buy Paperback Version
Scroll to top