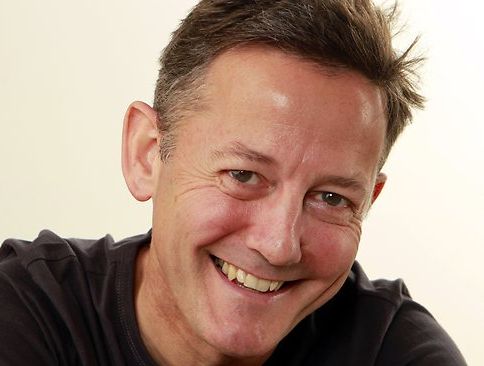 Nick Earls is not technically gifted, so his photo often ends up sideways, typically when he least expects it to. Give him some words to work with, though, and it's a different story.
Reputable reviewers have compared his work with that of Nick Hornby, Raymond Carver, Martin Amis, VS Naipaul, JD Salinger, Woody Allen and Jeffrey Eugenides, which just goes to show that, if you write enough and publish enough, anything can come your way.
Nick Earls writes long, short and medium-sized fiction, so far including thirteen novels and numerous shorter works, many of which are now available as Kindle ebooks.
He is the winner of a Betty Trask Award (UK) and Children's Book Council of Australia Book of the Year Award. Perfect Skin was the only novel to be a finalist in the Australian Comedy Awards in 2003, and was adapted into a feature film in Italy (Solo un Padre, Warner Brothers/Cattleya). 48 Shades of Brown was a Kirkus Reviews (US) book of the year selection, and was adapted into a feature film in Australia (Buena Vista/Prima). Five of his novels have been adapted into stage plays.
He has also written for newspapers, including the New York Times, the Australian and the Sydney Morning Herald.
His novels have appeared on bestseller lists in Australia, the UK and, as of December 2012, the Amazon Kindle Store.
He was born in Northern Ireland, but has spent most of his life in Australia. In 2012, the Age included him among its top ten Greatest Living Australians (along with Bob Hawke, Warwick Capper and Shane Warne ...). He placed 12th in a 2013 poll of Australia's all-time favourite novelists. 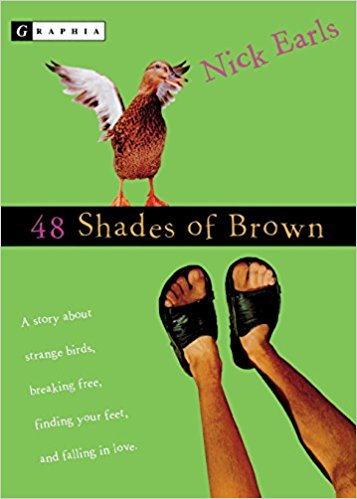 Australian teenager Dan Bancroft had a choice to make: go to Geneva with his parents for a year, or move into a house with his bass-playing aunt Jacq and her friend Naomi. He chose Jacq’s place, and his life will never be the same. This action-packed and laugh-out-loud-funny novel navigates Dan’s chaotic world of calculus, roommates, birds, and love.
Buy Paperback Version 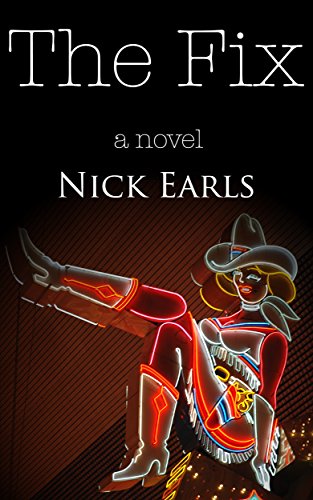 Josh Lang went to London with investigative journalism on his mind, but he carved out a reputation as a fixer instead and mastered the art of spinning any client out of a crisis. Now he’s back in Australia, with the offer of a job that’s supposed to be good news. The client is a law firm, the talent is Ben Harkin and the story is the bravery decoration Ben is about to be awarded for his courage in a siege. But Josh’s messy past with Ben was a big part of his move to London in the first place, and the closer he gets to Ben’s story the more the cracks start to show. Throw in a mini-golf tour of the Gold Coast and a law-student who’s a stripper by night, and Josh’s pursuit of the truth becomes way more complicated than he’d bargained for. The Fix shows what can happen when a reluctant bender of truth meets a web of lies and his unfinished past and a girl, and all at the same time – with hilarious consequences and revelations that keep coming, right up to the very last page.
Buy Kindle Version
Buy Paperback Version 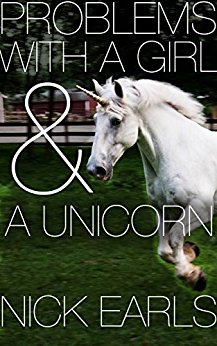 Problems With a Girl & a Unicorn & other stories

Four short stories, including Problems with a Girl & a Unicorn; The Truth of Jacarandas; Dog One, Dog Two; and Plaza. Problems With a Girl & a Unicorn The girl seems so sensible. Responsible, even. Stanley doesn’t mind sharing a flat with her. The unicorn isn’t so accommodating. The Truth of Jacarandas "This should be one of the better days. This is the day when you find out you've passed your PY exams and you’re now a chartered accountant. People are quite excited for you." You're quite excited for you, too, as you ride the lift up to your new office, and you'd remain excited, too, except then you met the man beyond the window. The man who paints the sky, who can make the world rain red wine, the man who reveals the truth of jacarandas. It's a truth unlike any you might have expected, and maybe you curse it. Because you could have been happy. You could have been a chartered accountant. But now you know the truth of jacarandas and of men who paint the skys beyond the pane, and even if you wanted to return to your work station and your desk and your mouse pad, there would still be the pick to explain. And how could you ever explain the pick? Dog One, Dog Two “You are unsure of all of this, but maybe that’s just you.” You started with marmosets before you moved on to dogs, but maybe all the laboratory testing and medical experimentation is getting the better of you. Between your boss and his flatulence and the wide-gazing eyes of the mammals under your supervision--you couldn’t really call it your care, after all, or should you--is there any way to maintain your sanity? Probably not. Plaza "There was a Woolies on the site originally. Or perhaps a newsagent and a hairdresser and an empty bank building, with a Woolies across the road. This is of vague historical interest only, for when they built the plaza they planned for expansion and soon enough it jumped the road, a fat foot of a department store on a spindly travelator of a leg. And each time the plaza became bigger, it became twice as big again." Now there's only the travelator, and the Plaza, the dome of which expands so quickly that no one on the travelator can remember their destination, anymore. Their watches die although it always seems like the same day, there, in the dome.
Buy Kindle Version 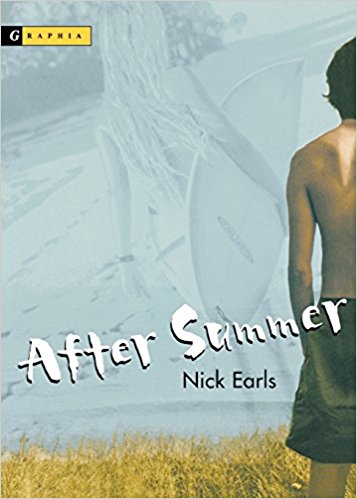 This summer is different. School is over for Alex Delaney, and he’s waiting for his university acceptance, only seventeen days away. The waiting is killing him. He’s not expecting much from summer. Bodysurfing, TV, but mainly waiting. So he’s not ready for the girl who cuts past him on a wave. Not at all prepared for her perfect balance on the board, the elegant muscles of her shoulders and back. Just a girl. Compelling green eyes, golden skin, something graceful and elusive about her. Summer is about to change.
Buy Paperback Version 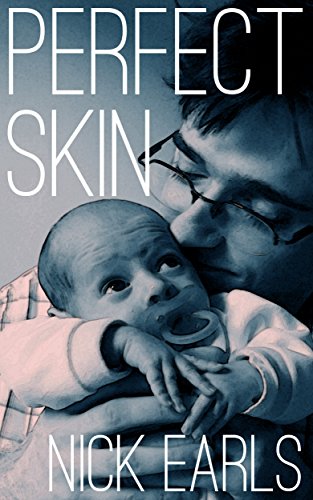 Jon Marshall is a Brisbane dermatologist who lasers bananas as well as he does skin and has a penchant for making even simple situations more complicated. From Ash--his running buddy--to Katie--his coffee friend--to Lily--his daughter known affectionately as the Bean--Jon tries to keep the women in his life in neat compartments but ultimately finds that poetry readings, errant cats, and the Lemonheads all make life what it is--messy and blurry and vibrant. As he copes with the loss of his wife, attempts to avoid the dating scene, and puts off registering an obnoxious computer program, Jon is going to learn that the most important woman in his life will always be his daughter, and fatherhood is going to make him grow up--if not old.
Buy Kindle Version
Buy Paperback Version
Buy Hardback Version 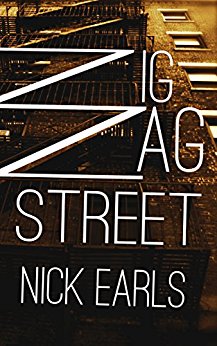 "I basically blew my university days in the pursuit of one girl." Richard Derrington has been trashed, the sort of tragic thrashing when the take-out place's caller ID identifies you as your ex, the kind of thorough trashing that causes you to invent spontaneous trips to Melbourne and makes heartbreaking moments of junk mail. That may be why he's distracted and work and crap on the racquetball court. That may be why Greg the cat has found himself ground zero for a flea infestation and why Richard's renovation of his grandparents' home has begun and ended at the verandah railing. But that's not altogether true. In between a complicated relationship with his boss and earning himself a Neighbor of the Month award on Zigzag Street, Richard will correct anyone who calls him Ricky, get caught up by The Spanish Tragedy, and stumble his way from perpetrator of a mild concussion to befuddled participant in a dinner party that may or may not be a first date. Zigzag Street. It's where Richard Derrington will dance naked in the office. It's where he might just come of age in his late twenties.
Buy Kindle Version
Buy Paperback Version 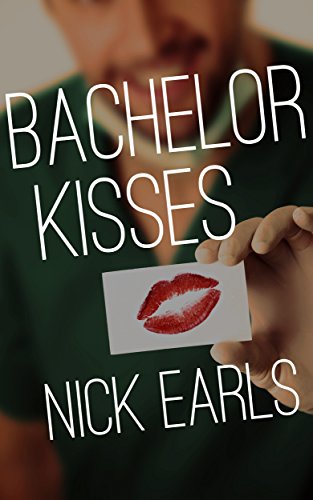 "I've never been less attractive than I am at the moment and it's like I've got a dog whistle in my pants." Meet Jon Marshall--serial monogamist, frequent-DMO, fulltime medical resident pitching a melatonin research project when he isn't either responding to cardiac arrests or trying (in vain) to extricate himself from potentially problematic romantic situations. He lives with Rick and Jen--the former suffers chronic allergies and the latter suffers chronic rugby players. He dates--is "dates" really the right word for these trysts?--almost accidentally, and feels guilty when it's clear those dates have run their course. Mostly, though, he learns through stag parties and grant submissions that there's more to life than pagers and melatonin and Debussy, and he's determined to find out what that is, even if it costs him an eyebrow. In the end, the code blues and the trysts and the grant forms and the Mokable Rockets will all give way to simply trying to be a better doctor with a better idea, and one who treats those around him better, too.
Buy Kindle Version
Buy Paperback Version
Scroll to top