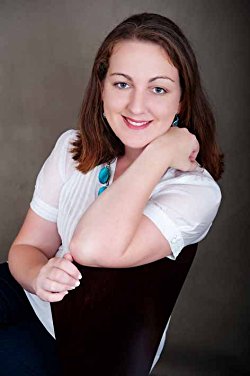 Nicole Watson resides in Melbourne, Australia. Sam's Heart is a true story, detailing the life of her son born with a rare heart condition. The book follows their medical and spiritual journey with God. It is a powerful and inspiring read that will leave you challenged at what a life of faith can be.
Nicole is passionate about her relationship with God and showing that love to whoever she meets. She, her husband and two young boys, are training to serve with Mission Aviation Fellowship. She is currently writing her next book.

Watson was admitted as a solicitor of the Supreme Court of Queensland in 1999. She has worked for Legal Aid Queensland, the National Native Title Tribunal and the Queensland Environmental Protection Agency. Her area of research is the legal recognition of Indigenous relationships with land. A former editor of the Indigenous Law Bulletin and former columnist for the National Indigenous Times, she joined Tracker magazine as a monthly columnist in 2011. she has been involved in the Indigenous Mentoring Program at the New South Wales Writers Centre and the First Nations of Australia Writers Network.

She has published extensively on issues relating to Indigenous Australians and the law, especially in relation to the Northern Territory Intervention, to issues of land ownership and connection to country, and the particular difficulties facing Aboriginal women.

In 2016, she was appointed to the University of Sydney Law School.

As of 2017, Watson has published one novel, The Boundary. An earlier novel, Return of the Clever Man, was shortlisted for the David Unaipon Award in 2007, but has not yet been published. 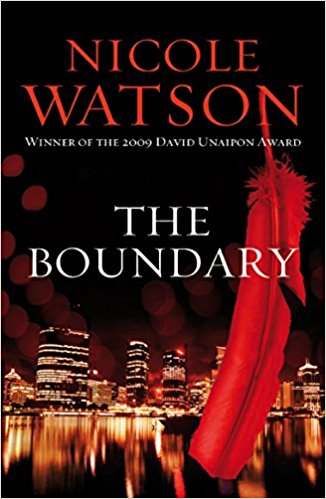 When a multimillion-dollar development threatens the sacred site of one of Australia's Aboriginal populations, the Corrowa people file a native claim over the site. Hours after Justice Brosnan rejects the claim, he is dead. Days later, the developer's lawyer is also killed. As the body count rises, it becomes clear that the key to unlocking the murderer’s identity the single red feather left behind at each crime scene. Filled with suspense and grisly detail, this book follows detectives Jason Matthews, a young Aboriginal policeman, and Andrew Higgins, a wizened cop possessed by his need for revenge, as they attempt to investigate the murders and stay impartial. A fast-paced crime novel as well as a cutting social commentary, this narrative puts native title and contemporary Australian issues under the microscope, exposing a nation still struggling to come to terms with its bleak past.
Buy Kindle Version
Buy Paperback Version
Scroll to top