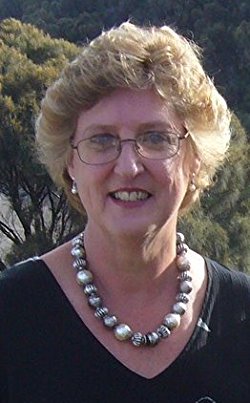 Australian author, Noelene Jenkinson, writes outback, rural and small town romance, and junior fiction. Her latest releases are EMMA'S PLACE and HANNAH'S HOLIDAY, Books #1 and #2 in her new Tingara trilogy series. Her historical romance, A GENTLEMAN'S BRIDE, is now available in large print and eBook. She has also released a junior chapter children's novel THE HAUNTED GARDEN and is currently working on Book #3 to complete the Tingara series.
She is a member of the Romantic Novelists Association UK, is a patriotic Aussie, and loves reading, writing [naturally], movies, cardmaking, crocheted rugs and playing music on her keyboard.
She is married and lives in country Victoria in a passive solar home surrounded by an Australian native garden. She has two adult daughters and five grandchildren. 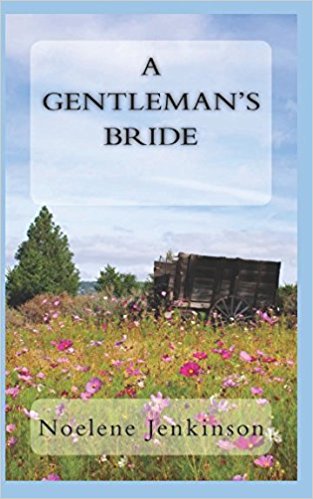 Anne Gray is forced to marry for the chance of a better life. Until she learns the truth about her cruel husband, flees Devon and escapes to Australia. James Barratt emigrated from Sussex to Australia to make his fortune. Jilted, he vowed never to fall in love again and takes a mistress. In Australia, Anne changes her name and answers James' advertisement for a wife. But her blossoming romance is short lived when her past returns to haunt her and, once again, she is forced to flee. Can Anne resolve her future and will the real truth finally be uncovered?
Buy Kindle Version
Buy Paperback Version 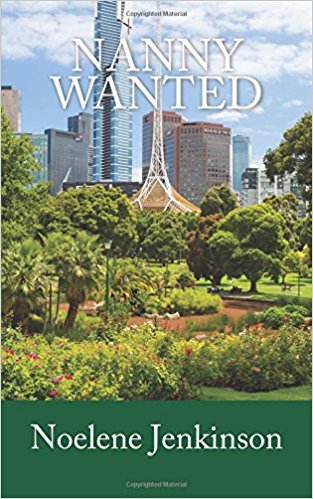 Elly George, CEO of her own personnel training academy, Gold Staff, in Melbourne, offers to mind her godchild while her best friend is in hospital after an accident. When she realises she cannot work and cope with a baby, she hires Rusty Webster, an Environmental Engineer and part time nanny for his sister’s Angel Care agency. Living together in her penthouse apartment, attraction and romance blossom. But Elly isn’t in the market for a husband. Her career is her life and she believes she is not maternal so she resists him. Divorced Rusty comes from a large family, wants a wife and kids of his own, and is determined to succeed second time around. When Rusty leaves for his work in the Northern Territory, Elly misses him and fears she has lost her chance for love yet when he returns and proposes, her confusion mounts. Needing her career and not necessarily children, she refuses. Can Elly overcome her doubts and take a risk on happiness, and will Rusty change her mind?
Buy Kindle Version
Buy Paperback Version 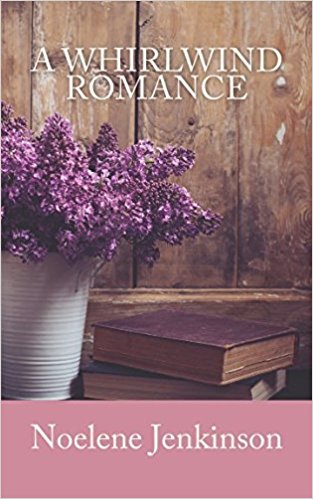 Whitney Leighton has worked in a small antiquarian bookshop in Melbourne, Australia, for several years. She was still reeling from the news that the owner had decided to sell up before she had a chance to buy it when one windswept Spring day handsome Zach Chandler called in to collect some books. With just one meeting, he asks Whitney for a date and, after a whirlwind romance, they fall in love and Zach proposes. However, their backgrounds are so different - she is from a humble working class family and his are fabulously rich. Can their love survive the many obstacles this would throw in their path?
Buy Kindle Version
Buy Paperback Version 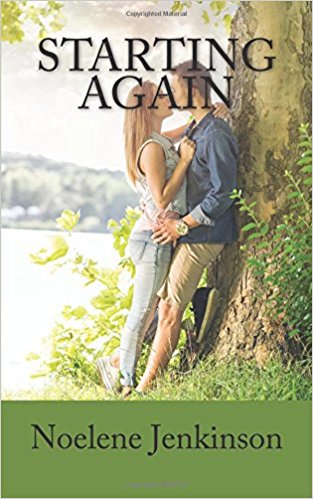 Under witness protection and relocated with a new identity, Clare Rayne cannot release her fear of the past – until Blake Fielding pulls up in her driveway, calmly announces he knows about her and will be staying in the cabin next door. Clare discovers Blake is a counsellor sent to help her and, as they work together, they fall in love. But Blake resists involvement and leaves when their consultations are complete. Will he return, or must Clare face her future alone?
Buy Kindle Version
Buy Paperback Version 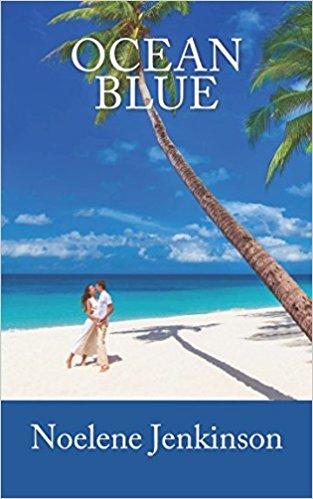 Marine biologist, Sophie Brookfield, travels to the Great Barrier Reef off the Queensland coast of Australia, to complete her thesis research. After meeting tourist operator and helicopter pilot, Drew Mitchell, she discovers they share the same impossible dream to own a tropical island. Attracted by his magnetic charm, Sophie finds herself falling in love but fights her attraction, believing Drew is bound to another and cannot return her love. Heartbroken, she returns to Sydney. Will she ever see Drew again, and what will happen to their dream?
Buy Kindle Version
Buy Paperback Version 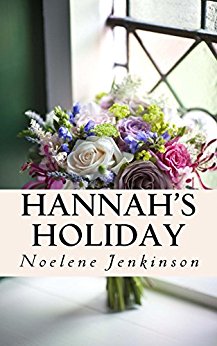 Workaholic accountant, Hannah Charles, takes a leap of faith and a badly needed holiday in a house swap from the Cotswolds to converted St. Anne’s church in Tingara, Australia. Easy going architect-cum-artist, Will Bennett, has family estrangement issues and lives an alternative lifestyle in the small country town. Can an untidy artist and a guilt ridden runaway overcome their differences and distance enough to let love grow? From a chocolate box cottage in the Cotswolds to Gum Tree Lane in a winter deep Australian country town, and on to the Mediterranean, HANNAH’S HOLIDAY is a flight of adventure across the world all about letting go and moving on.
Buy Kindle Version
Buy Paperback Version 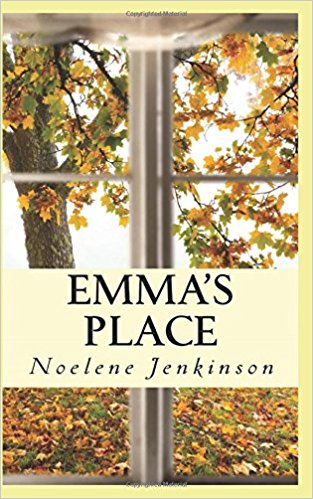 Thirty-something jeweller, Emma Hamilton, returns to her childhood home town of Tingara, a charming historic village in the foothills of the Victorian Alps. Builder, Malcolm Webster, commutes to Tingara from nearby Bendigo each weekend to work on restoring a beautiful old Victorian homestead. When Emma and Mal meet, attraction flares but he is younger and, wary after her failed marriage, Emma is not in the market for romance. Will Mal’s humour and charm break down her barriers? From a sleepy country town aflame with autumn colour to the harbour side city of Sydney, EMMA’S PLACE, is a fun journey to finding the true place of a woman's heart and life.
Buy Kindle Version
Buy Paperback Version 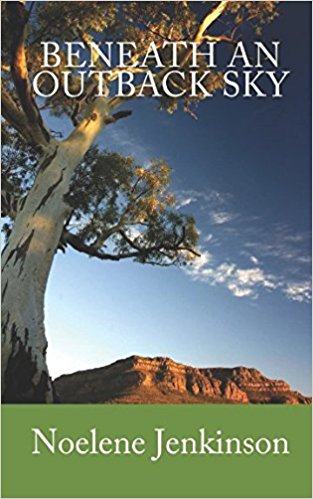 What happens when romance bursts into your life but you don't want it? Sophie Nash has seen personal loss devastate her family and has vowed never to lose her heart. Geologist Charlie Kendall is a country boy at heart and dreams of escaping the city. When charismatic Charlie saunters onto Sophie's outback pastoral station in South Australia's panoramic Flinders Ranges, sparks fly. But when Sophie risks losing Casuarina Downs, she doesn't have time for love. Trouble is, like a boomerang, Charlie keeps returning. What's a woman to do?
Buy Kindle Version
Buy Paperback Version 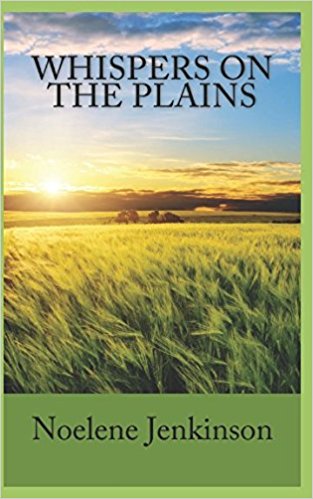 Irish teacher, Meghan Dorney, breaks away from her floundering engagement and takes time out by accepting a six month posting to Mallawa in outback Western Australia. Widowed wheat farmer, Dusty Nash, of Sunday Plains pastoral station, desperate to let go of his heartbreaking past, is instantly captivated by the spirited Irish redhead who has blown into the district with the chilly winter winds. Thrown together in the small isolated community, each resists their budding attraction while they resolve personal issues and tragedy. When Dusty finally learns the truth about the district newcomer, can he overcome his hurt enough to forgive and love? From the vast and rustic Australian outback to the jewel green Irish countryside, WHISPERS ON THE PLAINS, takes you on a journey of personal discovery and redemption toward true love.
Buy Kindle Version
Buy Paperback Version 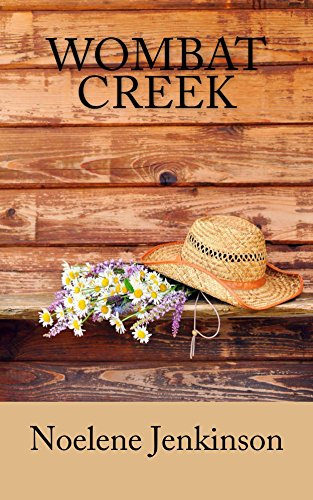 Wombat Creek, Australia: The heart of the lush pastoral country in Western Victoria. Wombat Creek is the journey of two people’s longing to learn from the past and create a better future for themselves, together. Ethan Bourke owns Karingal Park sheep station, fighting personal demons, torn between a long term comfortable relationship and his instant attraction for a radical newcomer to the district. Single mother SUMMER DALTON inherits the small 100 acre farmlet, Greenbanks, and arrives in the Western District to investigate the viability of settling on her grandfather’s property. The daughter of hippy parents banished for their free-loving morals decades before, the scandal of her family’s past lingers in people’s memories. Initially prejudiced, Ethan offers to buy Summer out. Planning to stay, she rejects his bid, hoping to succeed and be accepted by the local community. Can they resolve their attraction against the odds of a jealous old flame and Ethan’s snobbish disapproving mother who throws down the ultimate vindictive challenge?
Buy Kindle Version
Buy Paperback Version 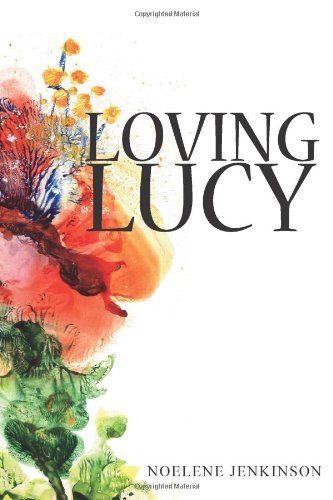 When Lucy McCarthy, a welfare worker in Indonesia with UNICEF, returns to Mundarra, Australia, for her father's funeral, she discovers he was not in fact her father and that she is disinherited in favor of an illegitimate brother. When her old high school boyfriend, Flynn Pedersen, supports her as she awaits the results of DNA tests and seeks the identity of her real father, their renewed friendship rekindles a former attraction. Knowing Lucy's commitment to her work with children because of her own unloved childhood, Flynn cannot ask her to stay with him in Mundarra and to not return to Indonesia. Can each set their pasts aside and learn to love again?
Buy Kindle Version
Buy Paperback Version
Buy Hardback Version 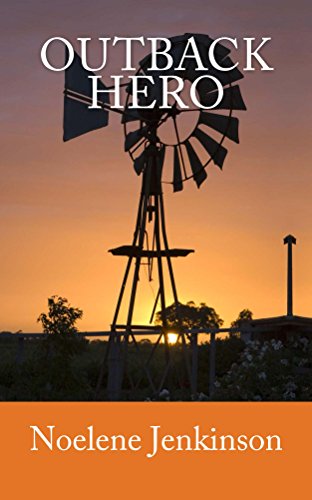 Photo journalist, Kate Reed, can’t forgive her neighbour, Matt Thornton, for being the pilot of the plane that killed her mother six years ago. Now, with Kate’s family homestead in debt and up for sale, Matt wants to buy it but Kate resists. Then Matt makes a proposition to Kate and her brother, Pete, that she would be churlish to refuse. But not before she learns that Matt has suffered equally since that fateful day years before. When Matt’s property is threatened with a bush fire, Kate puts herself in danger to go out and photograph his beloved Hundred Acre conservation paddock that is in the path of the flames in case it doesn’t survive. Matt finds her and tells her to leave, believing she is only after a newsworthy story. Hurt by his attitude, Kate prepares to leave for her new job in Paris and forget the man she grew up with and for whom she has fallen in love. Will their true feelings for each other ever be revealed?
Buy Kindle Version
Buy Paperback Version 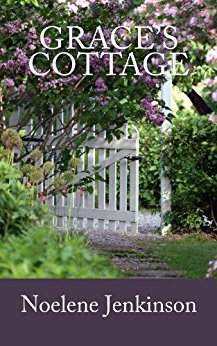 A cottage, a secret and a betrayal. For Jennifer Hale, with a rebel sister and ailing mother, a cottage in the small Australian country town of Bundilla holds the key to a dream. For city architect, Sam Keats, the cottage unlocks a mystery stretching back to the Vietnam war, exposing secrets and a family betrayal. From Australia to America and Malaysia, Jennifer and Sam must confront their ideals and past. Can they find the courage to rebuild their lives and open their hearts enough to build a future together?
Buy Kindle Version
Buy Paperback Version
Scroll to top