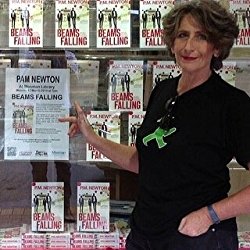 PM Newton spent thirteen years a detective in the NSW Police Force working in various departments, including Drug Enforcement, Sexual Assault and Major Crime. When she had eventually had enough of meeting people for the first time on the worst day of their lives Newton left The Job. In a complete break with the past, she went to Mali and wrote about travel and music, then to India where she taught English to Tibetan monks and studied Buddhist philosophy. In 2011 her first novel, The Old School, won the Sisters in Crime Readers Award and the Asher Literary Award. She writes short fiction and essays for Seizure, Review of Australian Fiction, Anne Summers Reports and The Drum. Beams Falling, her second novel, was published by Penguin in 2014 and shortlisted for the Ned Kelly Awards.

'The writing is razor-sharp and the dialogue sizzles with tough-as-nails authenticity. Newton is a writer to watch.' Matthew Reilly

'Newton's gift for characterisation and her acute eye for detail result in authentic and compelling descriptions of Vietnamese society and life in Cabramatta.' West Australian

'It's precisely the unshowy tautness of [Newton's] books and character-rich, layered plotting that becomes their strength. As Beams Falling starts to really grip, about halfway through, it feels as if it has more substance than many of its showier competitors.' The Australian

'This is an exceedingly well written and convincing novel that excels in its characterisations and subtle plotting . . . a first-class crime novel.' The Sunday Canberra Times 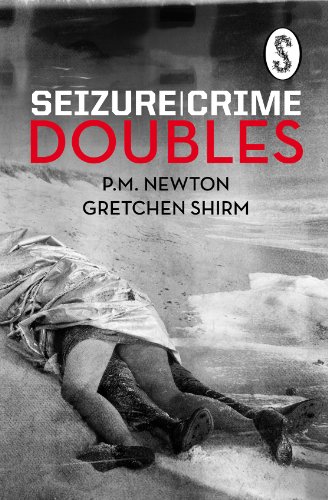 Seizure Doubles is a series of ebooks highlighting some of the excellent writing that has been published in Seizure, Australia's number one creative platform, bringing you the best and most cutting-edge writing we can get our hands on. In CRIME, we feature P.M. Newton’s stunning essay, ‘The Sadistic Art of Murder’, regarding the rising violence in the crime genre, and Gretchen Shirm's observations over the public fascination with, and love for, the wrong kinds of men in film and television. For more information on Seizure activities please visit: www.seizureonline.com
Buy Kindle Version 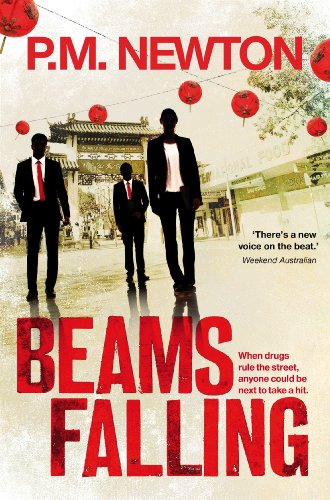 On the inside, Detective Nhu 'Ned' Kelly is a mess. Stitched up after being shot, her brain's taking even longer to heal than her body. On the outside, though, she's perfect, at least as far as the top brass are concerned. Cabramatta is riding high on the new 'Asian crime wave', a nightmare of heroin, home invasions, and hits of all kinds, and the cops need a way into the world of teenaged dealers and assassins. They think Ned's Vietnamese heritage is the right fit but nothing in Cabra can be taken at face value. Ned doesn't speak the language and the ra choi - the lawless kids who have 'gone out to play' - are just running rings around her. The next blow could come from anywhere, or anyone. And beyond the headlines and hysteria, Ned is itching to make a play for the kingpin, the person behind it all with the money and the plan and the power. Beams Falling is the brilliantly compelling and gritty second novel by the rising star of Australian crime writing. A portrait of our recent past, it's also a compulsive and utterly authentic insight into the way both cops and criminals work.
Buy Kindle Version
Buy Paperback Version 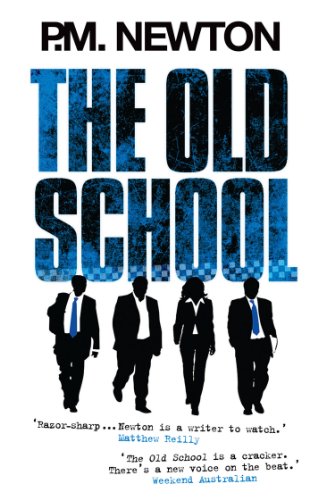 'Two things you want to remember about the good old days, Ned. They weren't that good and they're not that old.' Detective Nhu 'Ned' Kelly is in way over her head. Not every member of the New South Wales police force has welcomed the young, half-Vietnamese woman into a job where the old school still makes the rules. When two bodies are discovered in the footings of an old Bankstown building, Ned catches the case. As she works to uncover the truth, she is drawn into Sydney's dirty past and the murky history of her own family. Bit by bit she gains ground on the murderer, just as he's gaining ground on her. Familiar faces begin to look suspicious. How close to home will she have to look? It's time for Ned to decide who is on her side and who wants her dead. Gritty and sharp, The Old School is a gripping new take on crime fiction by former NSW police detective P.M. Newton. 'P.M. Newton's bitter-sweet thriller is an arresting debut:astonishingly accomplished and as authentic as a .38 bullet wound.Filebetween D for Disher and T for Temple and sweat on the sequel.' Andrew Rule 'The writing is razor-sharp and the dialogue sizzles with tough-as-nails authenticity. Newton is a writer to watch.' Matthew Reilly 'Relentless What a multi-layered, powerful piece of writing. This novel puts P.M. Newton in the company of Marele Day, Gabrielle Lord and Peter Temple.' Graeme Blundell 'All the elevated anxiety, pace and snippy dialogue of classic crime fiction, yet it somehow comes across as a true story... The Old School is a cracker. There's a new voice on the beat.' Weekend Australian 'A gripping crime novel that sweeps up the reader in its enthralling multi-layered plot, powerful characters and spot-on descriptions of Sydney... A tough and authentic novel. The Old School is already shaping up as the year's best debut crime novel.' Canberra Times The Old School is an authentic, gripping new take on crime fiction by former NSW police detective P.M. Newton.
Buy Kindle Version
Buy Paperback Version
Scroll to top