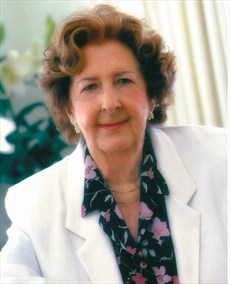 Patricia Shaw spent her early years in Koo Wee Rup in Victoria, where her family owned a hotel. Her father was a bookmaker. After marrying, she and her husband moved to Surfers Paradise, Queensland in the late 1950s. Her husband was in the Royal Australian Navy and was mostly absent; after having two children, they divorced.
For a number of years she was a member of the staff of Eric Robinson, member of parliament and a minister in the Fraser Government. On his sudden death in 1981, she received a widow's pension, supplemented by freelance writing.
She read History at university and subsequently assisted the Governor of Queensland as a text writer. In 1983, she became head of the Oral History Department of the Parliamentary Library.
Shaw was 52 years old before she began to write fiction. Among her many novels, most of which centre on the settlement of the Australian hinterland and which earned her the sobriquet of "Australia's Chronicler", the most widely known are River of the Sun (1991) and The Opal Seekers (1996).
Shaw began her writing career after her daughter, Desiree Shaw, won the lottery, landing her a hefty sum of $2 million. With a small amount of this money Patricia was able to buy herself a house at the Gold Coast, Queensland and begin writing. One of her books, 'The Glittering Fields', tells the story of this event and how it changed her life.
A lot of Shaw's popularity and success came from overseas. Her books were extremely successful in Germany. She spent a lot of her time in Germany because of this and earned herself the nickname "The Frankfurt Poet". She has also written two works of non-fiction regarding Australia's era of settlement. 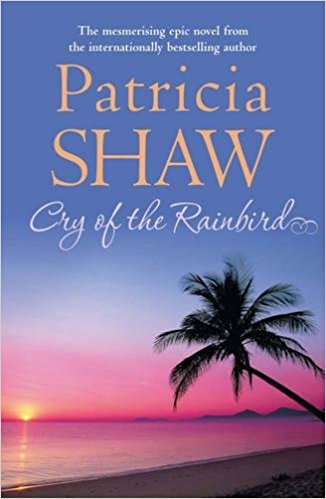 Cry of the Rain Bird

Englishman Corby Morgan and his young wife Jessie set sail for the golden shores of Trinity Bay, dreaming of an easy life in paradise. But Providence, the sugar plantation that is to be their home, promises danger as well as prosperity. As obstinate Corby drives his Australian manager Mike Devlin to distraction learning to farm the sugar cane, Devlin becomes attracted to gentle Jessie. Jessie meanwhile becomes involved with running the plantation and befriends the Aborigines and labourers, while her coquettish sister Sylvia pursues her own selfish goals. Facing a shocking introduction to plantation life and battling racial conflict and political upheavals, the planters of Providence are unprepared when nature strikes a fearful blow...
Buy Kindle Version
Buy Paperback Version
Buy Hardback Version 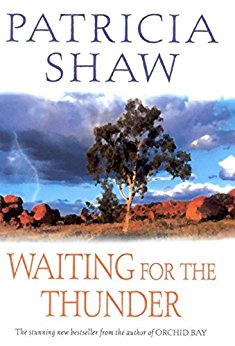 Waiting for the Thunder

The Hamilton and Oatley families, the owners of massive cattle stations in Australia's Northern Territory, rely on the annual monsoons to restore their parched land after the long, exhausting dry season. But this year the ominous storm clouds only serve to remind them of trouble brewing - an Aborgine guerilla fighter in the district with some of his men is causing havoc indiscriminately and placing both Zack Hamilton and William Oatley in great danger. As the days drag on, the Aborigines' struggle for survival involves them all in a vicious waiting game until men with revenge in their hearts have to face the truth about themselves.
Buy Kindle Version
Buy Paperback Version 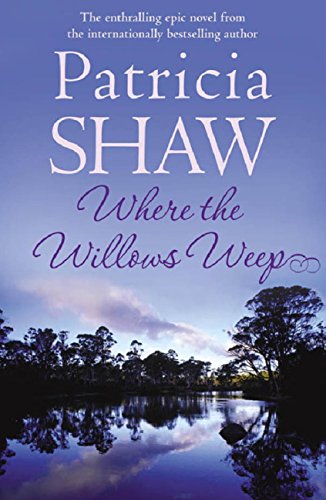 Where the Willows Weep

Laura Maskey's daring expedition to watch the gentlemen bathe at Murray Lagoon proves the final straw for her exasperated parents: their wayward daughter must be married off at once and Bobby Cope is just the man. But Laura has other ideas and when she runs away from her own engagement party, the family rift is complete. Laura's romantic inclinations are firmly fixed on Paul MacNamara, the owner of Oberon cattle station, and the tragic death of his wife brings him within her reach. But Paul has many battles to fight first; against the unscrupulous men who are determined to divide Queensland for their own gain; on behalf of the ancient Aboriginal tribes whose lands are at risk; and with his own personal demons. Only then can he allow his thoughts to turn to love...
Buy Kindle Version
Buy Paperback Version
Buy Hardback Version 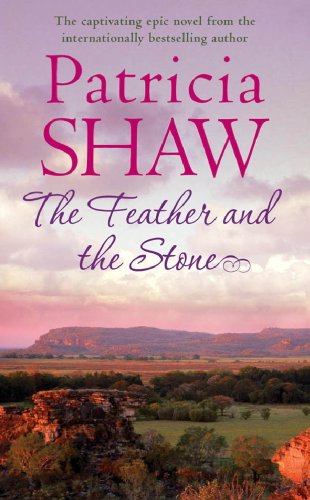 The Feather and the Stone

Tragically orphaned at sea, cast adrift in an alien land, Sibell Delahunty applies for the post of secretary-companion to Charlotte Hamilton and undertakes the arduous journey to Black Wattle Station in the Northern Territory. The rigours of an isolated cattle station come as a shock to the gently brought-up English girl, who is viewed with suspicion by Charlotte's sons. Only Charlotte's own kindness makes life tolerable, helped, in time, by increasing interest from the unmarried son, Zack. When disaster deprives the station of its mistress, Sibell is forced to take charge and eventually earns the grudging respect of the family. She also discovers within herself an unsuspected strength and resilience. But her courage and endurance will be tested to the utmost before she can ever call her adopted country home...
Buy Kindle Version
Buy Paperback Version
Buy Hardback Version 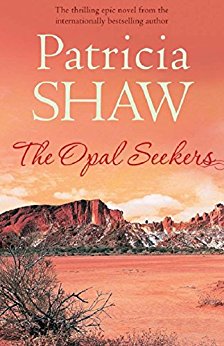 In 1898 poverty threatens to destroy Trella Court's beloved family. She is left with no choice: her brother-in-law, Brodie, must leave home so that there is one less mouth to feed. Bitter with resentment, Brodie travels to Dublin where he stumbles upon a wealthy employer who offers him passage to Australia, the land of untold riches. In Brisbane Brodie is taken in by the owner of Fairlea cattle station. But before they leave he catches sight of a beautiful opal necklace glistening in a jeweller's window and vows that one day he will go in search of the dazzling stones and make his fortune. At Fairlea, Brodie finds favour when he saves the owner's life, but Vivien Holloway, the spoilt mistress, causes trouble when her harmless flirtation with Brodie turns into a passionate affair. Soon Brodie is looking for a way out of Fairlea and he finds his escape in the hunt for opals...
Buy Kindle Version
Buy Paperback Version
Buy Hardback Version 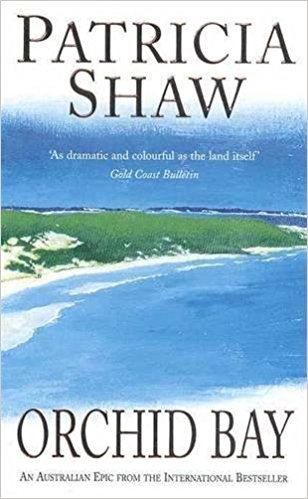 When the young governess Emilie Tissington is approached by happy-go-lucky Mal Willoughby in the streets of Brisbane, Australia, her proper English upbringing prevents her from encouraging conversation. But, later, another chance meeting with Mal will involve her in a controversy of murder and intrigue that will ruin her reputation. For just as the friendship blossoms, Mal is threatened with hanging for a crime he didn't commit and, hunted by the police, he turns to Emilie, his only friend.
Buy Kindle Version
Buy Paperback Version
Buy Hardback Version 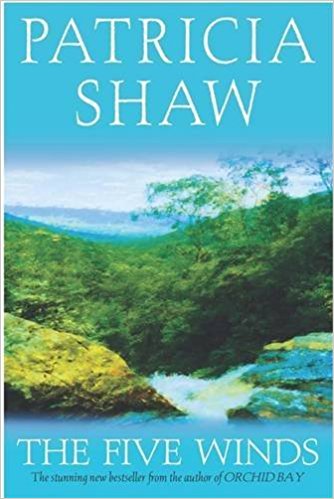 As the luxurious ocean liner China Belle enters Australian waters, its passengers have little idea of the tragedy that awaits them, particularly not Mal Willoughby, who is returning to his native land to start a new life with his Chinese wife Jun Lien. The crew, led by First Officer Jake Tussup, mutinies off the coast of Australia, taking the passengers hostage. By the time the horrific ordeal is over and the crew have escaped to the goldfields of the Palmer River, Mal's beautiful wife is dead and the lives of all the survivors have been altered for ever. In the months that follow, a close bond develops between the passengers as they try to put the traumatic experience behind them. For Mal the only way to do this is to track down his wife's killers - but will he ever be able to break free from the past?
Buy Kindle Version
Buy Paperback Version
Buy Hardback Version 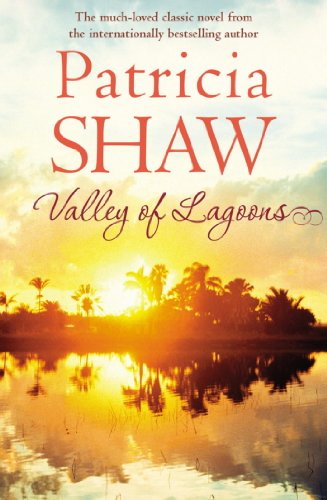 In 1825 the square-rigger Emma Jane sets sail from England, carrying on board convicts bound for the penal colonies and a handful of paying passengers determined to brave the perilous journey to a new land of opportunity - Australia. The settlers discover that the quickest road to wealth lies in laying claim to vast tracts of cattle-grazing land - though this soon brings them into conflict with fierce Aborigine tribes. Aristocratic Jasin Heselwood, forced to flee England to avoid gambling debts, will stop at nothing to join the elite ranks of cattle kings. Double-crossing friend and foe alike, he starts a feud with the Irish squatter Pace MacNamara that has tragic consequences for both their families. But it is the women who are the true pioneers: Jasin's spoilt wife, Georgina, who refuses to be crushed by his ruthlessness or by his infidelities; and the convict girl Dolour, who is to be his Nemesis...
Buy Kindle Version
Buy Paperback Version
Buy Hardback Version 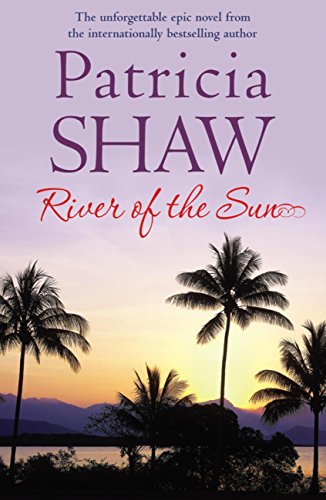 River of the Sun

When Perfection Middleton catches the eye of Darcy Buchanan, all hell breaks loose. Joint heir to the vast estate of Caravale in North Queensland, Darcy's a catch all right, and far too good for a lowly housemaid. That's what his family thinks, anyway, and his brother Ben does all he can to prevent the marriage; a scheme that goes tragically wrong... Lew Cavour is very taken with Perfy, too, but he gets caught up in the gold rush and the race to stake a claim on the river of gold, as does Ben Buchanan, who is determined to buy out Perfy's share of Caravale. But their journey to the river is dogged by disease, madness and murder. Diamond, an aborigine girl, has a profound effect on all their lives. Too intelligent to be content as the menial slave to which her colour condemns her, too sophisticated to return to her tribe, she feels at odds with both worlds.
Buy Kindle Version
Buy Paperback Version
Buy Hardback Version
Scroll to top