Patricia Wrightson, Australian children’s book author (born June 19, 1921, Lismore, N.S.W., Australia—died March 15, 2010, Lismore), penned more than two dozen novels for children; she was particularly noted for her sensitive and generally respectful use of Aboriginal figures and motifs, as in The Rocks of Honey (1966) and Behind the Wind (1981). Wrightson’s first novel, The Crooked Snake (1955), was named the Children’s Book Council of Australia’s Book of the Year. Three more of her works also received that honour—The Nargun and the Stars (1973), The Ice Is Coming (1977), and A Little Fear (1983). She was made OBE in 1977, and in 1999 New South Wales granted the first annual Patricia Wrightson Prize for Children’s Literature. The Swiss-based International Board on Books for Young People in 1986 bestowed on Wrightson its highest honour, the biennial Hans Christian Andersen Award for lifetime achievement in children’s literature. 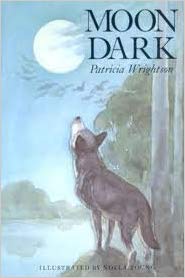 As man builds and settles on land formerly occupied by wildlife, an old fisherman's dog and all the other animals of the territory carry on nocturnal activities to make their homes safer
Buy Paperback Version
Buy Hardback Version
Scroll to top