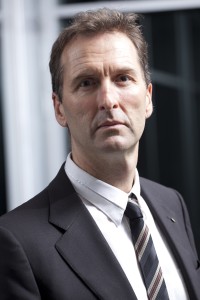 Paul E Hardisty is a writer, university professor, environmental hydrologist, and triathlete. His first novel, 'The Abrupt Physics of Dying', a thriller set in Yemen, in which one man risks his life to bring down an oil company, is published by Orenda Books, and is available on Amazon. The sequel, 'The Evolution of Fear', will be published by Orenda Books in 2016. He currently leads Australia's national science research in land, water, biodiversity and climate adaptation. Paul lives in Perth, Western Australia, with his wife Heidi and his sons Zachary and Declan. His latest non-fiction book, "Environmental and Economic Sustainability" was published by CRC Press in 2010, and is also available on Amazon.com. 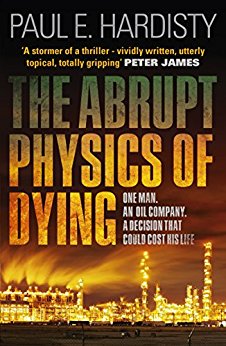 One man, an oil company, and a decision that could cost his life—a gritty, gripping, and shocking thriller that will open your eyes and keep them glued to the final stunning page Claymore Straker is trying to forget a violent past. Working as an oil company engineer in the wilds of Yemen, he is hijacked at gunpoint by Islamic terrorists. Clay has a choice: help uncover the cause of a mysterious sickness afflicting the village of Al Urush, close to the company’s oil-processing facility, or watch Abdulkader, his driver and close friend, die. As the country descends into civil war and village children start dying, Clay finds himself caught up in a ruthless struggle between opposing armies, controllers of the country’s oil wealth, Yemen’s shadowy secret service, and rival terrorist factions. As Clay scrambles to keep his friend alive, he meets Rania, a troubled journalist. Together, they try to uncover the truth about Al Urush. But nothing in this ancient, unforgiving place is what it seems. Accused of a murder he did not commit, put on the CIA’s most-wanted list, Clay must come to terms with his past and confront the powerful forces that want him dead.
Buy Kindle Version
Buy Paperback Version 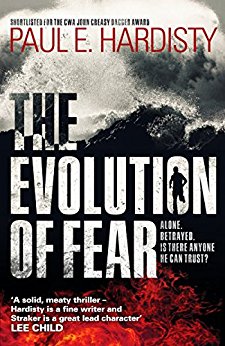 Claymore Straker is a fugitive with a price on his head. Wanted by the CIA for acts of terrorism he did not commit, his best friend has just been murdered and Rania, the woman he loves, has disappeared. As his pursuers close in, Clay follows Rania to Istanbul and then Cyprus, where he is drawn into a violent struggle between the Russian mafia, Greek Cypriot extremists, and Turkish developers cashing in on the tourism boom. As the island of love descends into chaos, and the horrific truth is unveiled, Clay must call on every ounce of skill to save Rania and end unimaginable destruction being wrought in the name of profit.
Buy Kindle Version
Buy Paperback Version
Scroll to top