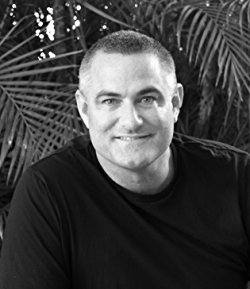 Paul was born on the beach of eastern Australia and grew accustomed to the free and easy lifestyle of surfing, lifesaving and chasing his sporting dreams. He enjoyed his schooling years though like most of his mates, hated homework preferring his sport each afternoon often claiming the early night.
He did however, knuckle down in the later years of high school and performed diligently to the complete jubilation of his mother and perhaps shock! He graduated and instead of the status quo among his classmates embarking on their university challenges, he discovered a new passion. Bright eyed and hungry for success he couldn’t resist the luring excitement of the Olympics. So the next five years he dedicated his existence to achieving his goal, to become an Olympian and that he did. Seoul became the venue and his dream engulfed him.
Sadly like many professional athletes, injury plagued his training sessions into his tenth year of international racing and ultimately, he had to retire.
So the dreaded question was asked..."hmmm what now?"
He pondered many things but his preferred choice rested with law enforcement. Why? At the time he wasn’t really that sure, just seemed like the best option at the time. He joined the Queensland Police in the autumn of ‘92 and quickly moved into the ranks of Detective followed twelve years later with an unexpected inkling towards criminal intelligence and a transfer to suit. Now he heads up a 12 strong team of intelligence analysts all committed to exposing criminal networks and their wrong doings.
Life in law enforcement opened his eyes to the failings of society and the sadness of humanity. He declares his opposition of many things unjust, the ruthless killing of innocence by those with radical beliefs, the slaying of nature for the progress of greed, inadequate or inappropriate punishments and above all, political corruption.
He is passionate in his beliefs for a better world, a safer place where everyone obeys the law and no one person declares themselves above it. His dislike of corporate greed and corrupt governments frustrates him and he longs for a day when it no longer exists…but of course his job has turned him cynical! How can that happen when the governments and major corporations feed each other?
With all that in mind he set out on an alternate journey, an adventure into the realms of fiction writing though preferring to bend and twist reality into his storylines, taking history and moulding it to suit his creativeness. From the early days of 2010 he unravelled Jeremiah’s Codes and the uprising of a new secret agent hero, Jon Bennett.
Dreaming it was him, Paul stepped from the ledge and free-fell into another world, a place he had no standing or authority, the world of literature. Then the words started to flow and acknowledgment came quick and the novel materialised into print.
Other than all that, Paul is an avid lover of animals, respect and equality. He strives for excellence in all that he does and questions his own abilities never giving up until the job is done. To become a recognised international author is by far the greatest challenge ever undertaken and he openly declares Olympic selection was child’s play in comparison. 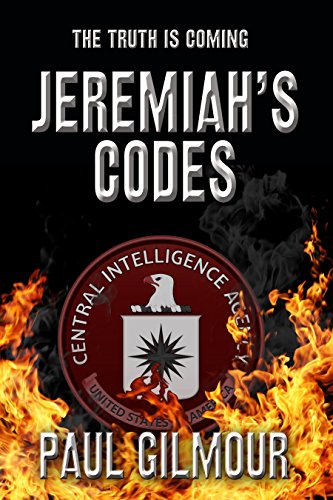 In a time when climate change, terrorist attacks and corrupt government officials spearhead every newspaper worldwide a devastating secret of cataclysmic proportions is uncovered, one signalling the end of life on Earth. Behind it, a clandestine organisation pursuing world supremacy by the worst means possible lurks in the corridors of every government headquarters. The September 11 attacks, Roswell, the atomic bomb are all but links in their master plan towards their ultimate New World Order, a conspiracy theory until now. Thirteen secret codes are all they need but it is the Thirteenth they most desperately hunt. Only one man stands to take them head on. Dark and mysterious, he is plagued by his own past impatiently lingering to destroy him and all the while, he searches for that one thing he desires most… love. Jon Bennett, disgraced from the CIA leads an action packed charge towards unravelling the truth leading all the way back to the foundations of humanity The lines of reality and fiction are equivocally blurred, if you ever doubted our future then this is a must read of love, deception and lies. What is the truth?
Buy Kindle Version
Buy Paperback Version
Scroll to top