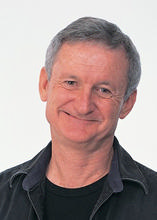 Many people ask me, 'What's it like to be a writer, Paul Jennings?' Well, it's a great life. I don't think I would want to do anything else. I get an enormous amount of mail from all over the world. I always think how lucky I am that people like my stories so much that they take the time to let me know. That's really great. Most of them want to know more about me. That's what this page is all about — to tell you something about me and my life.

I was born in England on 30 April 1943 — it was still wartime. We lived in a place called Heston, near London. I can remember that there was an airport over the road. When I was six I left England, with my parents and my little sister Ruth, to come and live in Australia. That was in 1949. In those days, people came to Australia by boat. The one we came on was called the Ranchi. We sailed for five weeks before arriving in Melbourne.

When I was very small I loved Rupert The Bear books and later on I enjoyed William books by Richmal Crompton. I went to Bentleigh West Primary School — I can still remember my favourite teacher. He was Mr Wheeler and when I put a nice teacher in my books I always think of him. I had a good childhood — I can remember all the good parts, like the holidays and my mother's bread and butter pudding, very clearly. I can also remember all the fears and feelings of childhood that aren't so good. Feeling very small and powerless. The guilt and the embarrassment. The monster that I was quite sure lurked in the shadows. These are the things that I write about in my stories and which make some children ask 'How do you know what it's like to be me?' It's because I haven't forgotten those feelings — and nearly all children, even the bullies, have feelings like these.

When I left school I decided to be a teacher and went to Frankston Teachers College. I taught for a while at Frankston State School and Kangaroo Flat State School. Then I taught at the Turana Youth Training Centre and the Royal Children's Hospital State School in Mount Eliza. I went back to study at the Lincoln Institute and became a speech pathologist, then I worked as a Lecturer in Special Education at Burwood State College. I moved to the Warrnambool Institute of Adult Education in 1979, and worked as a Senior Lecturer in Language and Literature. After a few years lecturing and writing part time, I became a full-time writer in 1989. Unreal! was published in 1985. Most writers have to write in their spare time until they know if they can make a living from writing. So for four years I worked as a lecturer and wrote part time.

I started writing in Warrnambool but moved to Belgrave in the Dandenong Ranges in 1989. I lived there with my family for ten years before moving back to Warrnambool, my home by the sea, in 1999.

I have six grown up children and nine grandchildren. In my spare time I love walking along the foreshore and spending time with my family and friends.

So from writing part time on my own, life has changed a lot. My books sales now total over 8.9 million and have been translated into 18 languages. I am so busy I can't do everything myself, so my secretary works in the office; helping with correspondence, paying bills and doing all the things which make everything run smoothly, so that I can concentrate on what I like doing best - writing. 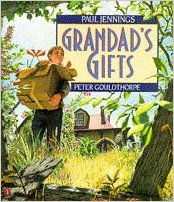 This is a chilling picture book with a twist in the tail, as Paul slowly brings a fox back to life by feeding its fur with lemons from the tree above its grave. But its the lemons above Paul's grandfather's grave that give the fox its final gift, sight...
Buy Paperback Version 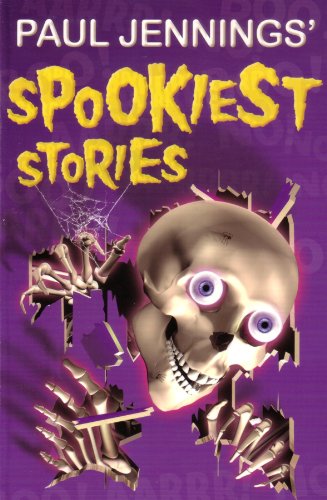 The Paul Jennings phenomenon began with the publication of Unreal! in 1985 and, eight million books later, readers all around the world continue to devour his stories. This special edition anthology boasts twenty of Paul's spookiest, fun-filled yarns, hand picked by the author for a spine-tingling reading experience.
Buy Kindle Version
Scroll to top