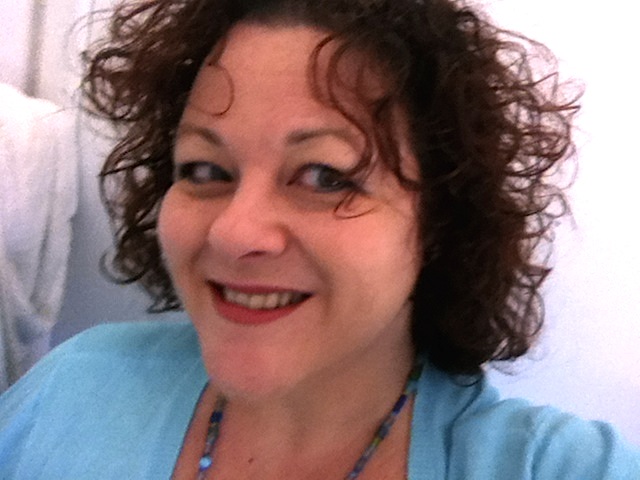 A former PA, office manager, software trainer and aerobics instructor, Paula Roe now writes for Harlequin Enterprises, the biggest romance publisher in the world. Harlequin books go out to over 28 countries and translated into 28 languages in 114 international markets on six continents.
When she's not writing, Paula is designing websites, wrangling a teenager, coping with her Twitter and stationery addictions, dreaming of traveling and spending copious amounts of time on the internet. She currently lives in Sydney with her family, two cats and an assortment of native birds. 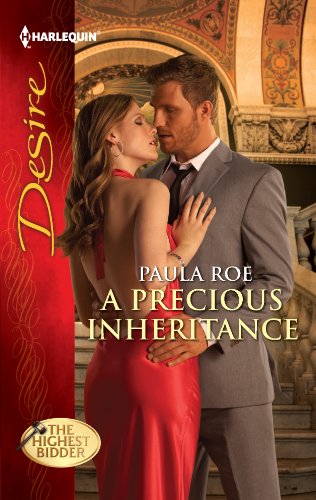 A Precious Inheritance: A Billionaire Romance with Scandals and Secrets (The Highest Bidder Book 4)

Will the billionaire save the single mom of twins…or will secrets destroy everything? Vanessa Partridge has a good reason for wanting the priceless manuscript being offered at auction—it is her twin babies' legacy. But she doesn't count on the winning bidder, financial guru Chase Harrington, showing up on her doorstep. Chase has a new obsession—Vanessa. There's more to the former-socialite-turned-working-single-mom than meets the eye…and he's going to find it. He's got secrets of his own—secrets threatened by the sexy Vanessa. More than anything, Chase wants to give in to their sizzling attraction…but can he afford to play with fire?
Buy Kindle Version
Buy Paperback Version 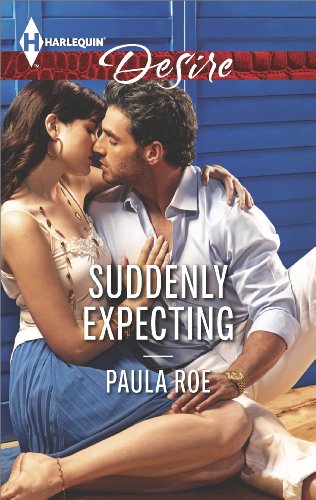 She's going to have a baby…with her billionaire best friend! Going from best friends to bed partners…to expecting a baby? The tabloids love Kat Jackson. But hunky sports star turned TV presenter Marco Correlli always had her back. Now, after a night of indiscretion, Marco has just become a key player in the Kat saga—because he's about to become the proud papa of her child. Kat can't fathom why she slipped up and slept with her buddy. She'd always managed to resist his admittedly irresistible charms. But when he takes her to his private island to regroup, it's time to face the truth…this is way bigger than best friends!
Buy Kindle Version
Buy Paperback Version 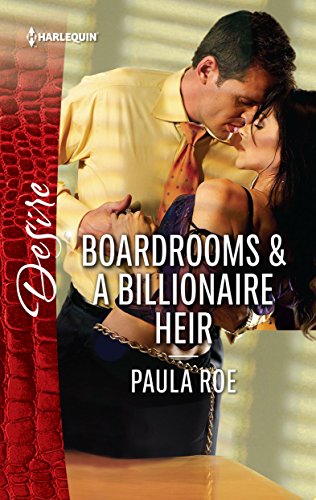 Boardrooms & a Billionaire Heir: A Marriage of Convenience Romance

This undercover secretary discovers her boss is a missing heir…who needs to be married pronto! “I'm a man you sleep with, not fall in love with.” Jake Vance was danger in a designer suit, a charming corporate raider. When he set his sights on Blackstone's, Australia's richest diamond dealers, Holly McLeod's primary assignment was as his assistant; her secondary was as a spy. To her amazement, she learned her dangerously sexy boss was the long-lost Blackstone heir. And then Jake did the unthinkable: To save his new company, he proposed marriage…an intimate one…to her!
Buy Kindle Version
Buy Paperback Version 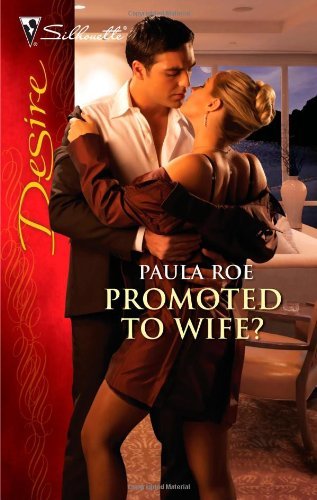 Running a multibillion-dollar company meant long hours for Zac Prescott. Thankfully, his efficient assistant made the workload almost bearable. Theirs was a strictly professional relationship...until the night Emily Reynolds finally let her hair down. And the tycoon took full advantage by stealing a kiss. Suddenly, all Zac could concentrate on was his once plain-Jane secretary. Too bad that after the kiss, she'd quit! Could he lure her back with better prospects...and add ome pleasure to the job description? Or was Emily looking for the ultimate promotion...to wife?
Buy Kindle Version
Buy Paperback Version
Buy Hardback Version 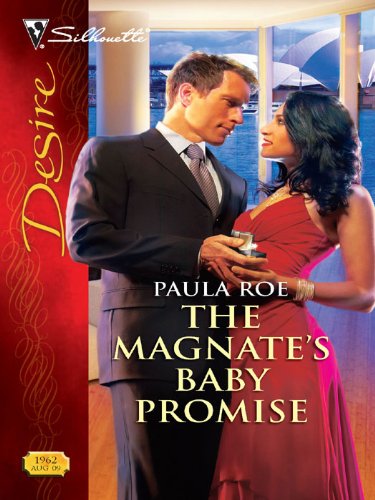 A billionaire CEO needs a family…and the fling he's finally tracked down is carrying his heir! For billionaire businessman Cal Prescott, there was no question. He'd marry and produce the requisite heir. And he wouldn't have to look far for the right bride—his one-night affair with Ava Reilly had left Cal's senses riled and Ava pregnant with his baby. Sheer desperation had Ava agreeing to marry without love. She wanted her land as much as Cal wanted his corporation…and they both wanted their unborn child. Surely that would be enough to build a marriage on. That, and the burning passion that longed to be reawakened….
Buy Kindle Version
Buy Paperback Version 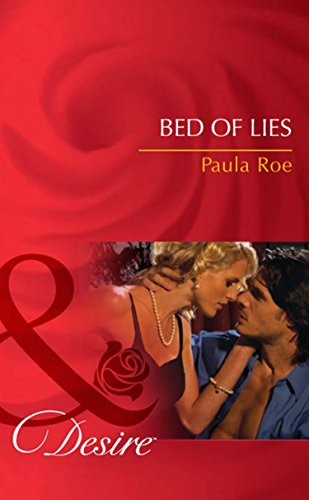 Banker Luke de Rossi must sell the Australian beach house he inherited from his mobster uncle, fast. But then he runs up against Beth Jones. Is she the rightful tenant? A reporter? His uncle’s lover? Luke wants answers – almost as much as he wants Beth. But she has a lot to hide. And falling hard for Luke isn’t helping things!
Buy Kindle Version
Buy Paperback Version 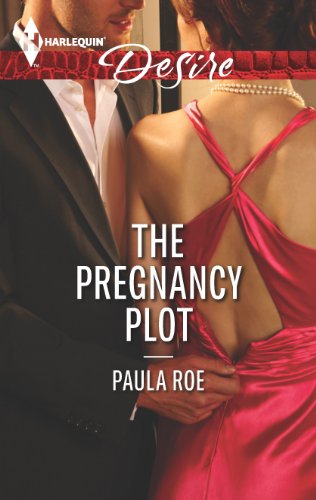 The one who got away is back in this billionaire's life…and wants a baby! His ex is back—and she wants a baby. How can any red-blooded billionaire say no to siring a child with the one who got away…? It's an offer Matthew Cooper can't refuse. Make a baby with his long-ago lover, AJ Reynolds? He'd like nothing better than to bed her again. The brilliant doctor has had ten years to contemplate where he went wrong. This time, he won't let her get away. Free-spirited AJ wants no romantic entanglements with the all-business ex-boyfriend who broke her heart. All she wants is a child. But Matt's persistent attentions weaken her resolve, threatening all her carefully laid baby-making plans….
Buy Kindle Version
Buy Paperback Version 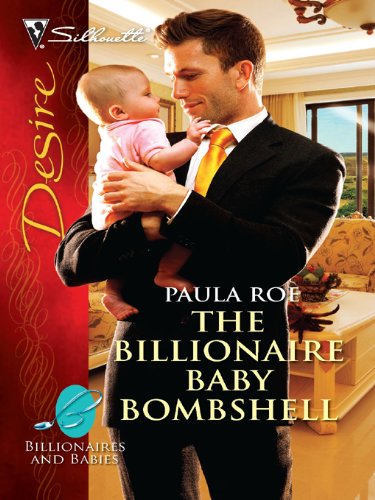 The Billionaire Baby Bombshell: A Passionate Story of Scandal, Pregnancy and Romance

Will the billionaire unraveling this single mother's secrets destroy their last chance at love? Billionaire businessman Alex Rush had no clue the woman he'd once loved was now a mother. And, after doing the math, he discovered Yelena must have already been pregnant—with another man's child—when she was declaring her love for Alex. Although he'd tracked her down for an entirely different reason, uncovering the truth became Alex's top priority. Would seduction bring him closer to Yelena's secrets, or create even more confusion? Suddenly, determining the paternity of one baby girl could destroy a relationship just about to ignite…
Buy Kindle Version
Buy Paperback Version

Is the wife he can't remember his true love…or his secret enemy? He remembers her… but not their vows. A tragic accident has erased pieces of billionaire Finn Sorensen's memory. Including all recollection of his own marriage. Who is his so-called wife? Is she the woman he's been told married him for his money? The one who now owns a controlling share of his family's jewelry empire? Is she the one woman he can't forget? Ally McKnight's image is burned into Finn's memory from photographs—ictures that capture the passion between them. It is time she receives a surprise visit from her long-lost husband. The one who won't let her forget just what she owes him.
Buy Kindle Version
Buy Paperback Version
Scroll to top