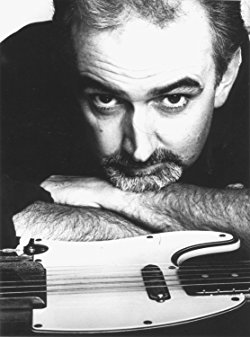 Peter Doyle was born in Maroubra, Sydney, New South Wales, and grew up in Sydney's eastern suburbs, which provides much of the setting for his fiction work. He has a Bachelor of Arts (Communications) from UTS and a PhD in Media and Mass Communications on the renderings of virtual space in early popular music recording from Macquarie University (2002). He also maintains a research interest in comics and the graphic novel, the history of twentieth century popular music, as well as crime writing, both in Australia, and overseas.

He worked variously as a taxi driver, musician, and teacher prior to his first publication, Get Rich Quick in 1996, which won him Australia's prestigious Ned Kelly Award for Best First Crime Novel in 1997. He followed this with another successful sequel, Amaze Your Friends, which won him another award, the Ned Kelly Award for Best Crime Novel in 1998. His third title, The Devil's Jump, released in 2001, was a prequel, and was set in Sydney in the closing days of World War II.

His curatorial work at the Sydney Justice and Police Museum has seen him curate two major exhibitions, ‘Crimes of Passion’ (2002–2003), and ‘City of Shadows: inner city crime and mayhem, 1912-1948’ (November 2005-February 2007), both of which were social histories of inner-city twentieth century Sydney from the point of view of crime scene photography.

His musical style is a mixture of Sydney blues, rockabilly, country and pub rock scenes, and his interest in music is a strong influence in his fiction writing. 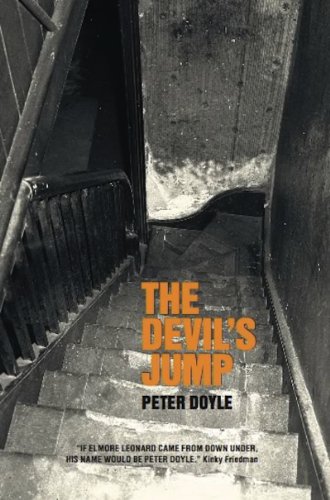 August 1945: the Japanese have surrendered and there's dancing in the streets of Sydney. But Billy Glasheen has little time to celebrate; his black marketeer boss has disappeared, leaving Billy high and dry. Soon he s on the run from the criminals and the cops, not to mention a shady private army. They all think he has the thing they want, and they'll kill to get hold of it. Unfortunately for Billy, he doesn't know what it is . . . but he'd better find it fast. Set in Australia in the years following World War II, Peter Doyle's novels brilliantly explore the criminal underworld, political corruption, and the postwar explosion of sex, drugs, and rock'n'roll.
Buy Kindle Version
Buy Paperback Version 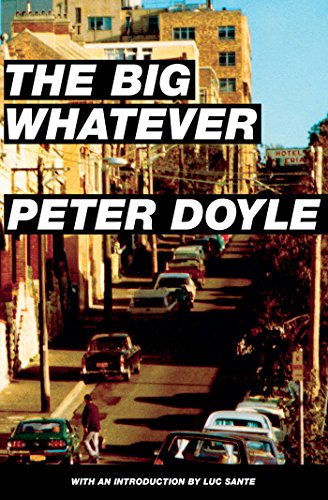 When Billy Glasheen picks up a trashy paperback he finds in his cab, its plot seems weirdly familiar. One of the main characters is based on him . . . Only one person knows enough about his past to have written it—Max, his double-crossing ex-partner in crime. But Max is dead. He famously went up in flames, along with a fortune in cash, after a bank heist. If Max is somehow still alive, Billy has a score to settle. And if he didn’t get fried to a crisp, maybe the money didn’t either. To find out, Billy has to follow the clues in the strange little book—and rapidly discovers he’s not the only one on Max’s trail. The Big Whatever is the fourth instalment of Peter Doyle’s acclaimed series, which has grown into an epic underground history of postwar Australia, where crooks, entertainers, scammers, corrupt cops and politicians all rub shoulders, chasing their big paydays.
Buy Kindle Version
Buy Paperback Version 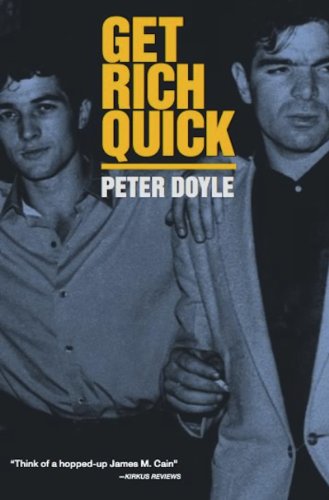 Meet Billy Glasheen, a fresh voice in crime fiction. It’s Sydney, the 1950s, and Billy’s trying to make a living, any way he can. Luckily, he’s a likeable guy, with a gift for masterminding elaborate scenarios—whether it’s a gambling scam, transporting a fortune in stolen jewels, or keeping the wheels greased during a hair-raising tour by Little Richard and his rock ‘n’ roll entourage. But trouble follows close behind—because Billy’s schemes always seem to interfere with the plans of Sydney’s big players, an unholy trinity of crooks, bent cops, and politicians on the make. Suddenly he’s in the frame for murder, and on the run from the police, who’ll happily send him down for it. Billy’s no sleuth, but there’s nowhere to turn for help. To prove it wasn’t him, he’ll have to find the real killer. Set in Sydney in the period following World War II, Doyle’s novels—featuring the irresistible Billy Glasheen—brilliantly explore the criminal underworld, high-level political corruption, and the postwar explosion of sex, drugs, and rock ’n’ roll.
Buy Kindle Version
Scroll to top