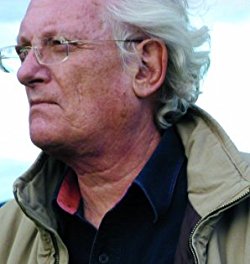 Peter Temple is the author of nine novels, including four books in the Jack Irish series. He has won the Ned Kelly Award for Crime Fiction five times, and his widely acclaimed novels have been published in over twenty countries. "The Broken Shore" won the UK’s prestigious Duncan Lawrie Dagger for the best crime novel of 2007 and was made into an ABC telemovie in 2014. Truth won the 2010 Miles Franklin Literary Award, the first time a crime writer has won an award of this caliber anywhere in the world. Temple’s first two novels "Bad Debts" and "Black Tide" have been made into films with Guy Pearce starring as Jack Irish. 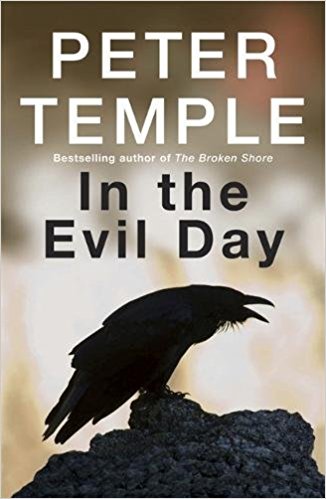 In the Evil Day

The Cold War is long dead but the trade in deceit and lies is still running hot. In Hamburg, John Anselm is hiding from the ghosts he has left behind in foreign war zones. He spends his days working for a surveillance firm. At night he drinks too much, paranoid about the suspicions he glimpses in the eyes of strangers. In London, Caroline Wishart calls herself an expose journalist. The story she has stumbled on could make her career - or is she playing somebody else's game? Into both their lives comes ex-mercenary Con Niemand, bearing an explosive secret, a secret with the power to topple governments and destroy them all. A powerful and compelling thriller, In the Evil Day conjures a world where information is more dangerous than explosives and secrets are more important than human life.
Buy Kindle Version
Buy Paperback Version 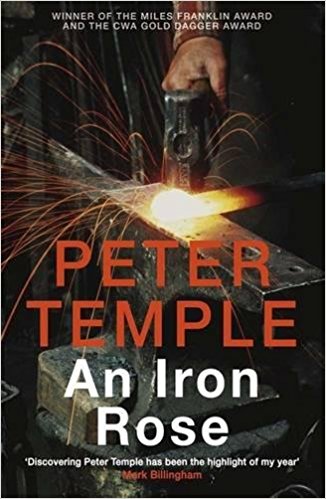 'When men in police uniforms came to execute me on the roadside, beside dark fields, it was a definite sign that my new life was over.' A regular at the local pub, a mainstay of the footy team, Mac Faraday is a man with a past living the quiet life of a country blacksmith. But when his best friend Ned Lowey is found hanged, Mac - who has learned the hard way never to accept things at face value - isn't convinced he committed suicide and starts asking questions. Why did Ned keep press cuttings about the skeleton of a girl found in an old mine shaft? What was he doing at Kinross Hall, the local detention centre for juvenile girls? Who was the beaten girl found naked beside a lonely road? As Mac's search for answers pushes deeper into the past, it resurrects the terrifying spectre of what he calls his 'old life', forcing him to turn to long-discarded skills not only to discover why his best friend died, but also to save his own life.
Buy Kindle Version
Buy Paperback Version
Buy Hardback Version 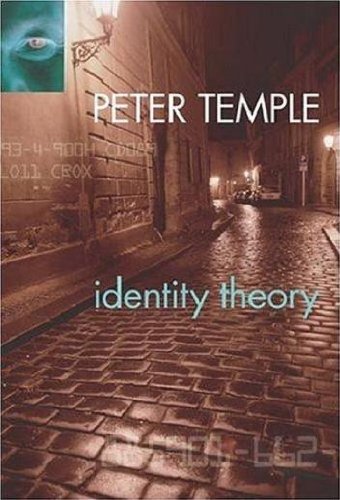 John Anselm is a struggling intelligence dealer whose business is information, Con Niemand is a tough ex-mercenary whose business is surviving, and Caroline Wishart is an exposé journalist whose business until now has been the sex lives of British politicians. Their paths collide when they all stumble across a secret terrible enough to destroy lives and topple governments. Against his will, Anselm is plunged into a world of violence, betrayal, and death. He must break out of his anesthetized life and pit himself against forces that he does not understand, forces determined to rebury an atrocity that threatens reputations and lives across the globe, while Niemand is hunted across two continents by people he doesn’t know. Identity Theory, cleverly plotted and peppered with dark irony and lean prose, delivers a world of political intrigue where information is more dangerous than explosives and secrets are worth more than human life.
Buy Kindle Version
Buy Paperback Version
Buy Hardback Version 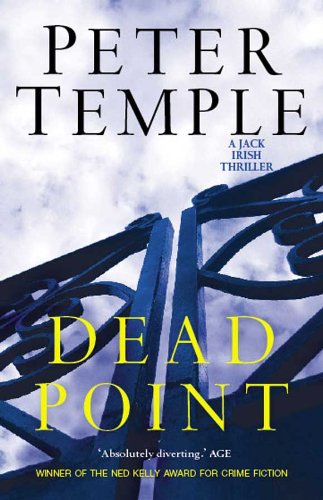 It takes a lot to rattle Jack Irish but, as Melbourne descends into a cold, wet winter, his mood is on the same trajectory. The woman in Jack's life has reconnected with an old love-object. He has just seen a massive plunge lost, a champion horse put down. Worst of all, hijackers have robbed and brutally beaten one of the gambling team. So it's not surprising that Jack's mind is not fully on the job he's being paid to do: find Robbie Colburne, occasional barman. But when Jack does get serious, he finds that the freelance drink-dispenser is of great interest to some powerful people, people with very bad habits and a distinct lack of respect for the criminal justice system. Any lapse in concentration could prove fatal.
Buy Kindle Version
Buy Paperback Version
Buy Hardback Version 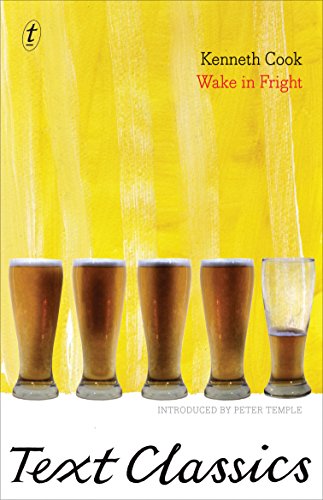 Wake in Fright tells the tale of John Grant's journey into an alcoholic, sexual and spiritual nightmare. It is the original and the greatest outback horror story. Bundanyabba and its citizens will forever haunt its readers. This edition includes an introduction by Peter Temple and an afterword by David Stratton. Wake in Fright was made into a film in 1971, arguably the greatest film ever made in Australia. It starred Donald Pleasence, Chips Rafferty, and Jack Thompson in his first screen role. Lost for many years, the restored film was re-released to acclaim in 2009.
Buy Kindle Version
Buy Paperback Version 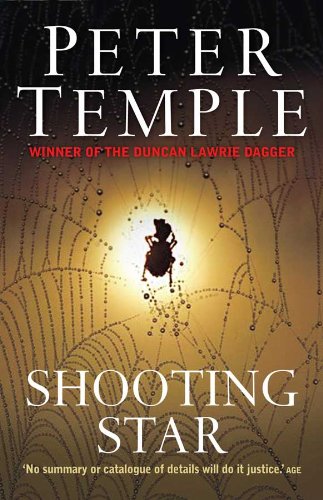 Anne Carson: fifteen, beautiful, wayward. Abducted. The rich Carsons have closed ranks and summoned Frank Calder, subject to strict instructions. This is not the first kidnapping in the Carson family and hard lessons have been learned. But are the two events connected? And is greed the motivation? Revenge? Or could it be something else? To find out, Frank Calder must go beyond his brief. And his every step into the darkness may end a girl's life.
Buy Kindle Version
Buy Paperback Version
Buy Hardback Version 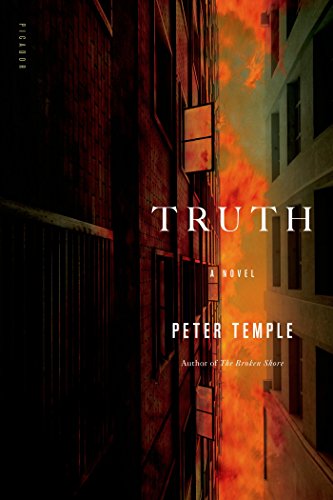 Inspector Stephen Villani, head of homicide in Melbourne, Australia, has a full agenda: a murdered woman in a penthouse apartment, three men butchered in a sadistic rampage, a tattoofaced drug dealer corrupting his rebellious daughter, a crumbling marriage. As these seemingly unrelated events begin to unfold, Villani finds himself immersed in an unfamiliar world of political scandal and ethical ambiguity. He must navigate the inept bureaucracy that is the police department, all the while maintaining a solid front and trying to keep the press, his family, and his own past from breaking him completely. With each twist and every turn of this taut crime novel, Villani is forced to question whom he can trust. While The Broken Shore captured the harshness and beauty of regional Australia, Truth captures the grim reality of the city and the people who struggle to hold on to any certainty that they can find. Tense and unrelenting, this unforgettable novel confronts the complexity of human relationships and the difficulty of escaping the past.
Buy Kindle Version
Buy Paperback Version
Buy Hardback Version 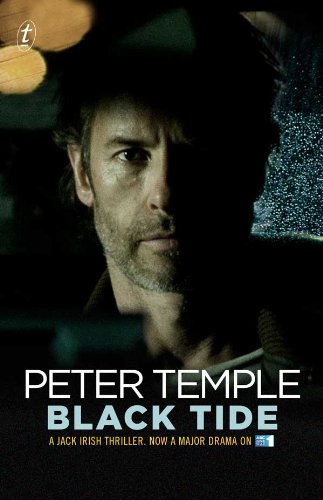 Black Tide is the second of Peter Temple's Jack Irish thrillers. Jack Irish - lawyer, gambler, part-time cabinetmaker, finder of missing people - is recovering from a foray into the criminal underworld when he agrees to look for the son of an old workmate of his father's. It's an offer he soon has cause to regret, as the trail of Gary Connors leads him into the world of Steven Levesque, millionaire and political kingmaker. The more Jack learns about Levesque's powerful corporation, the more convinced he becomes that at its heart lies a secret. What he's destined to find out is just how deadly that secret is...
Buy Kindle Version
Buy Paperback Version 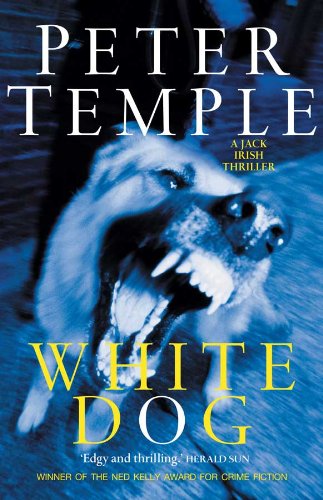 This is the fourth Jack Irish thriller, and the third one in the series to win a Ned Kelly Award for Crime Fiction. Jack Irish-gambler, cook and cabinetmaker, finder of people who don't want to be found-has a new job, hunting for evidence that might save the beautiful sculptor Sarah Longmore from a murder rap. Jack soon discovers there was nothing straightforward about Mickey Franklin's death, and falls headlong into a world of shady deals, sexual secrets and country rednecks.
Buy Kindle Version
Buy Paperback Version 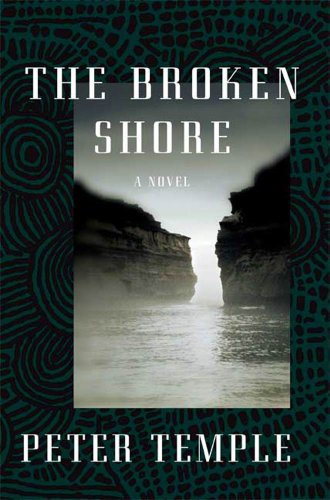 The Broken Shore: A Novel

Peter Temple is currently being hailed as the finest crime writer in Australia, but it won't be long before he is recognized as what he really is—one of the nation's finest writers, period. Born in South Africa, Temple is writing a dynamic kind of literary thriller that ultimately defies classification. The Broken Shore, his eighth novel, revolves around big-city detective Joe Cashin. Shaken by a scrape with death, he's posted away from the Homicide Squad to the quiet town on the South Australian coast where he grew up. Carrying physical scars and more than a little guilt, he spends his time playing the country cop, walking his dogs, and thinking about how it all was before. But when a prominent local is attacked in his own home and left for dead, Cashin is thrust into what becomes a murder investigation. The evidence points to three boys from the nearby aboriginal community—everyone seems to want to blame them. Cashin is unconvinced, and soon begins to see the outlines of something far more terrible than a burglary gone wrong.
Buy Kindle Version
Buy Paperback Version
Buy Hardback Version 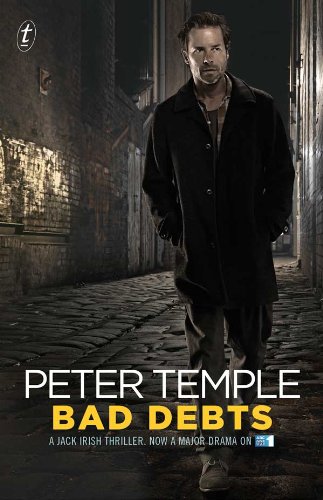 Meet Jack Irish, criminal lawyer, debt collector, football lover, turf watcher, trainee cabinetmaker, and one of the best crime characters ever created. When Jack receives a puzzling message from a jailed ex-client he's too deep in misery over Fitzroy's latest loss to take much notice. Next thing Jack knows, the ex-client's dead and he's been drawn into a life-threatening investigation involving high-level corruption, dark sexual secrets, shonky property deals, and murder. With hitmen after him, shady ex-policemen at every turn, and the body count rising, Jack needs to find out what's going on - and fast. The first novel in the iconic Jack Irish series, Bad Debts was originally published in 1996 and won the Ned Kelly Award for Best First Novel. Guy Pearce stars as Jack Irish in the ABC telemovies based on the series.
Buy Kindle Version
Buy Paperback Version
Scroll to top