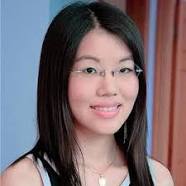 Queenie Chan was born in 1980 in Hong Kong, and migrated to Australia when she was six years old. In 2004, she began drawing a 3-volume mystery-horror series called 'The Dreaming' for LA-based manga publisher TOKYOPOP. To date, it has been translated into multiple languages.

She then collaborated on several single-volume graphic novels with best-selling author Dean Koontz for his 'Odd Thomas' series of novels. In 2009, she also provided art for the 'Boys Book of Positive Quotations' by best-selling inspirational author Steve Deger. In 2012, she worked with author Kylie Chan on the comic-prose book 'Small Shen,' a prequel to the best-selling 'White Tiger' fantasy series. Since then, she has finished a 3-book series called 'Fabled Kingdom,' a fairy tale-inspired fantasy story.