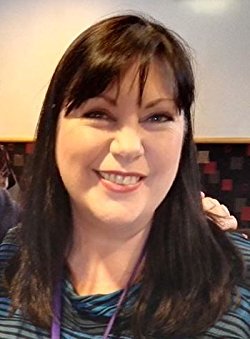 Rachel Bailey is a lover of books, chocolate, dogs, and ice cream. Luckily, she has three dogs, an ice cream maker, a steady supply of chocolate, and bookshelves overflowing with books, so she’s covered on all fronts.
Despite spending her life trying to scam more time to read, she’s managed to graduate with degrees in psychology and social work, and now has her dream job – making up stories for a living.
Her books have hit the USA Today bestseller list, are published in over twenty-six countries and have been translated into sixteen languages.
She lives on a piece of paradise (ten acres of native trees on the side of a hill, within driving distance to the beach) on Australia’s east coast with her own personal hero. She loves to sit with a dog or two, overlooking the trees and read books from her ever-growing to-be-read pile. 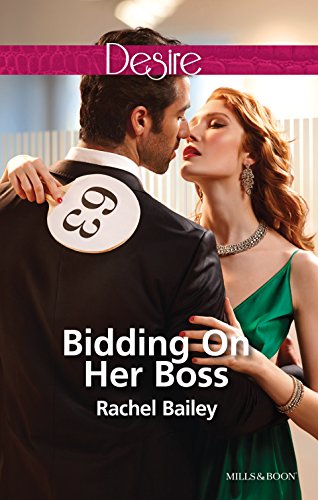 Bidding On Her Boss

What happens when an ambitious employee buys her boss at a bachelor auction? Florist Faith Crawford has a brilliant plan — win her company’s CEO at a bachelor auction and use their ‘date’ to show him her designs. But her plan backfires when the focus of their meeting shifts from flowers to a floor-tilting kiss. For Dylan Hawke, it’s time for damage control. Promoting the talented Faith is a no-brainer, but fraternising with her is strictly forbidden. Dylan must remain professional; the fate of his business rests in the balance. Too bad Dylan won’t rest until he gets another kiss…
Buy Kindle Version 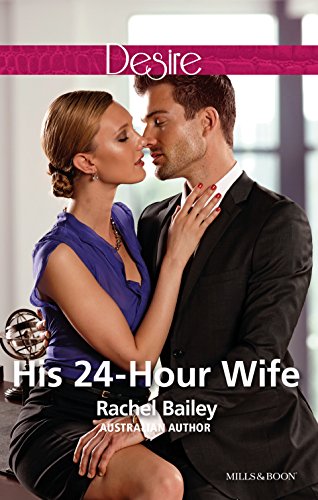 What happened in Vegas didn’t stay there for CEO Adam Hawke and go-getter Callie Mitchell. And their drunken lark of a wedding is coming back to haunt them. Because Adam and Callie are now working together, and she’s being blackmailed over their very personal connection by a co-worker. To deflect the threat, Callie and Adam make their sham marriage look real. But the passion that ensues is no sham. Could their wedding lark have real wings after all?
Buy Kindle Version 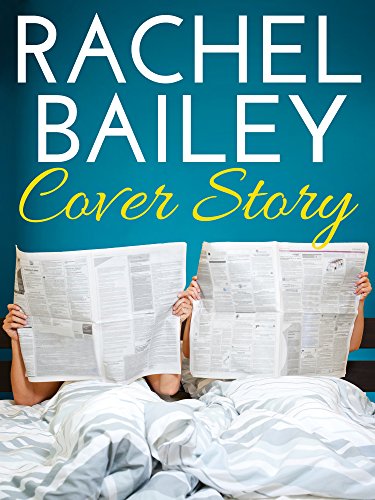 Tobi Fletcher's career is going places. Just ask her. Any day now, she's going to write the story for her Sante Fe newspaper that will Make A Difference. Of course, Pulitzer prizes and the like will soon follow. Unfortunately, her editor doesn't have the same vision. His vision has her investigating a series of gnomicides. Yes, gnomicides-the wanton murder of garden gnomes. It's a nightmare for Tobi. She's spent her life working towards a career she can be proud of-and proving she's nothing like her mother. She's intelligent, independent and so uptight she can't even let go to sneeze properly-and, unlike her colleagues, she certainly can't appreciate the funny side of the situation. She wants to work on the big story-a cover-up in a Senator's office. Reluctantly, she interviews Simon, the man who reported the 'incident' to the newspaper-clearly a lunatic-his four-year old daughter, and the other residents of the street. Each has their own theory about the murderer, ranging from the slightly possible to the ludicrous and Tobi, unfortunately affected by her pollen allergy and having to repress sneezes regularly, writes the story. Her editor loves it and demands more; interstate papers pick it up and reader feedback is overwhelming. Apparently, she's not going anywhere just yet-and, dammit, that means facing her pesky attraction to Simon. Along the way, Tobi discovers there are many truths and secrets to be uncovered-other people's as well as her own. The question is, will the truth really set her free?
Buy Kindle Version
Buy Paperback Version 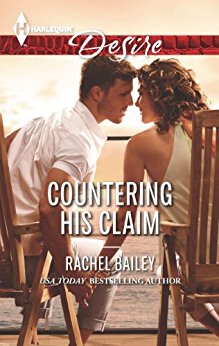 Never be distracted by a woman is hotel magnate Luke Marlow's golden rule, especially when the woman just inherited half his late uncle's luxury cruise liner. But ship's doctor Della Walsh is the exception. Her dignified beauty ignites Luke's desire despite his suspicions. Even so, he will gain full control of the ship at all costs. For Della, the ship has been a sanctuary. Now she has just three weeks to change Luke's mind and save the ship—until passion comes along and steers them off course….
Buy Kindle Version
Buy Paperback Version 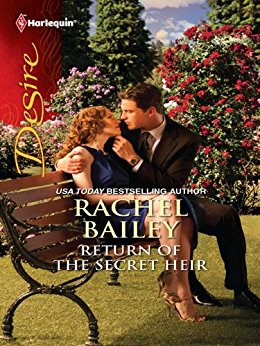 Return of the Secret Heir

Tycoon JT Hartley is a success in his own right, yet he's set on claiming his share of his late father's legacy. But first he has to get past the estate executor - none other than Pia Baxter, a woman he's never forgotten. Theirs had been a fast and furious union that ended all too suddenly. And though desire still courses between them, JT knows starting anything with Pia again is just asking for trouble.
Buy Kindle Version
Buy Paperback Version 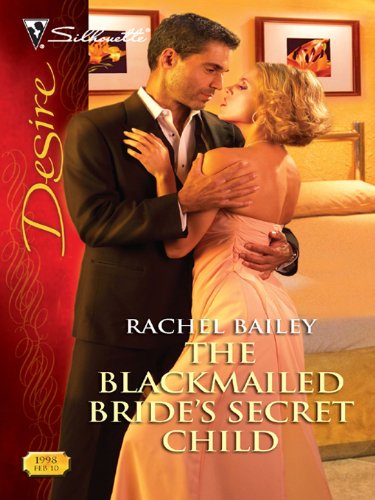 Nico Jordan's world shattered when his lover Beth betrayed him by marrying his brother. Now, seven years later, Nico wants some answers. But that's not all he wants. When he lays eyes on Beth again, the overwhelming desire he once had for her comes surging back. Beth never forgot the only man she's ever loved—or the scandal that surrounded their union. Although their attraction is still strong, Beth knows she must resist his advances. Succumbing to even just one night of unrelenting lust could unravel her secret—a secret that would threaten more than their relationship.
Buy Kindle Version
Buy Paperback Version 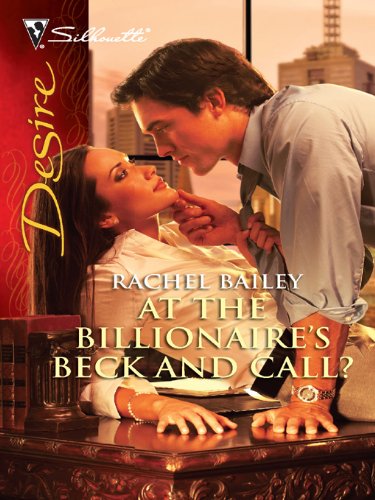 At the Billionaire's Beck and Call?

In a merger tailor-made for the tabloids, tycoon Ryder Bramson sought Macy Ashley's hand in marriage. But his true goal was to buy her father's company—and thereby wrest control of his own conglomerate from his illegitimate brothers. To ensnare Macy in his web of intrigue, Ryder first offered the beautiful businesswoman a job in his start-up. Yet slipping the ring on her finger proved more difficult. Being a brash billionaire's corporate pawn wasn't independent-minded Macy's style. On the other hand, being the focus of this irresistible man's passion just might win her over to his scheme….
Buy Kindle Version
Buy Paperback Version 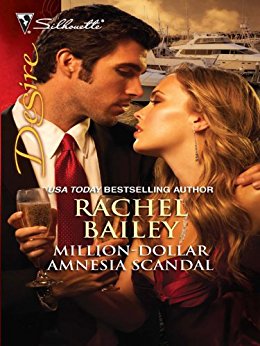 An accident left April Fairchild with no memory, ownership of a multimillion-dollar hotel and the nagging sense something wasn't quite right in her life. It also brought her intensely sexy businessman Seth Kentrell, whose late brother had left her the property. Seth believed her a gold digger—and how could April deny it, when she couldn't even remember her name? Now Seth was ready to play hardball to get the hotel back. But April knew enough to refuse to sign over the property until her memory returned. And if that meant Seth needed to persuade her…well, that was something she could enjoy! At least until the whole truth came out….
Buy Kindle Version
Buy Paperback Version 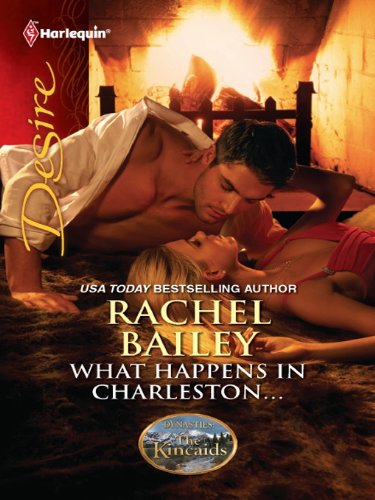 What Happens in Charleston...

Money has always given Matthew Kincaid whatever he wanted. Yet now his son needs something even his millions can't buy. The widower's sole recourse is the surrogate who gave birth to his child—for she is also the boy's true biological mother. Susannah Parrish needs no prodding to offer her assistance—a child's life is at stake. But to their mutual surprise, the minute she's back in Charleston and residing in Matthew's home, passion consumes them. Is this a relationship doomed by deception? Or is it the one chance at a love they both secretly crave?
Buy Kindle Version
Buy Paperback Version 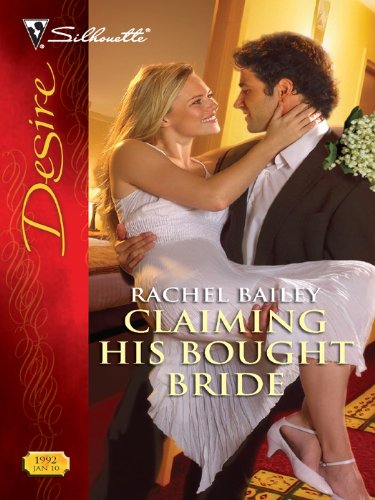 Tycoon Damon Blakely had one year to produce a legitimate heir. Luckily he had a bride candidate in mind. Lily Grayson had been the perfect mistress…until she'd left him. And when he proposed his plan, Damon learned why. Lily was already expecting his baby. The millionaire's shock and anger was quickly trounced by Lily's counteroffer. She would give their child his name…but theirs would be a paper marriage. Lily claimed Damon had no room in his heart for anything beyond business. The terms of his proposal left him little room to argue…until he could get Lily back into his bed.
Buy Kindle Version
Buy Paperback Version 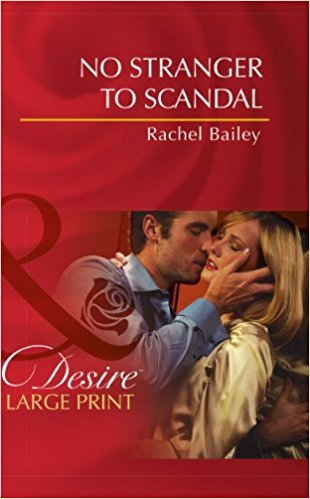 No Stranger to Scandal

She might be the stepdaughter of one of the most powerful media moguls in Washington, but Lucy Royall is no pampered princess—she's making her own way as a junior reporter. But when congressional investigator Hayden Black accuses her stepfather of criminal wrongdoing, she shows her family loyalty and takes Hayden on. Then, as things heat up, the sexy single dad takes her to bed! Talk about a conflict of interest. Will their illicit passion turn into something more lasting, even in the face of controversy so huge it rocks a nation?
Buy Kindle Version
Buy Paperback Version
Buy Hardback Version
Scroll to top