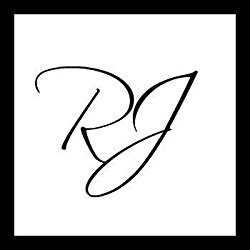 Rebecca spent her early twenties working as a waitress, her late twenties teaching English in Indonesia and Japan, and most of her thirties having babies and working as a kitchen designer.

She has started several university degrees but has yet to place any letters after her name. Despite her highly developed procrastinatory skills she has somehow managed to finish writing a book or two - and plans to spend her forties, fifties, sixties, seventies, eighties and nineties finishing several more.

She lives in Australia with her partner and their five children. 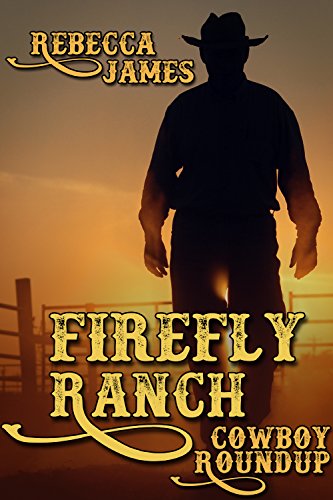 When Carver West takes the job of foreman at a Texas ranch, he expects to have to prove himself, but he doesn’t expect the open hostility he gets from lead ranch hand Bishop Guy, even after everyone else has accepted him. When Carver learns Bishop was passed over for the foreman job because he turned down the owner’s sexual advances, Carver wonders if that’s the reason for Bishop’s animosity, or if Bishop really thinks Carver incapable of doing the job. Carver’s undeniable attraction to the man only makes things more complicated, and when an angry Bishop punches Carver in the face, it quickly turns into a hot tumble in the hay. Carver desperately wants more than that tumble. Does Bishop feel the same way?
Buy Kindle Version 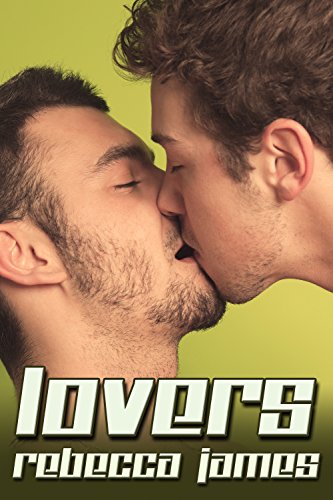 Sequel to Partners Rider has secretly been in love with his partner, Nicco, for years. When he finds out Nicco feels the same way, Rider is euphoric. But Nicco is having trouble accepting he’s in love with a man. Rider wants to take their relationship to the next level, but his partner vacillates between hot desire and cool indecision. A visit to Nicco’s family for the holidays only makes things worse; Nicco’s father is homophobic, his mother wants grandchildren, and an unexpected guest makes Nicco jealous. Back home, the two men must make a decision between pursuing their romantic relationship and saving their partnership.
Buy Kindle Version 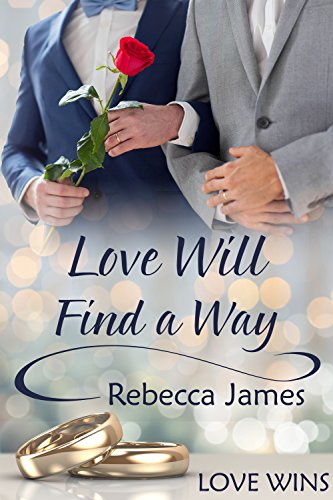 Love Will Find a Way

Aiden O’Keefe is on top of the world. He owns a thriving catering business, lives in a beautiful New York City apartment, and is about to marry Bryar, the love of his life. They’ve been together for three years, and their wedding is only weeks away. Aiden has always had a feeling that his lover is hiding something from him but chalks it up to his insecurity at not being worthy of the older, gorgeous, accomplished Bryar, who is a commercial pilot. That something comes out when Bryar tells Aiden his parents aren’t dead, as he has led Aiden to believe. Not only that, they’re moving to New York and, worst of all, they believe their son is straight and living with a woman. Once Bryar comes clean, Aiden is understandably angry and hurt. Can their relationship withstand the resulting fallout? Or will love find a way to see them through?
Buy Kindle Version 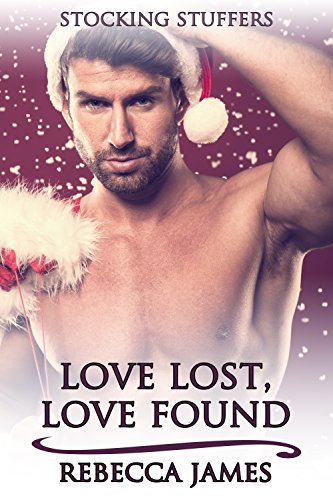 Colorado firefighter Dane Cavendish is managing to get through his second Christmas season without his wife, who died of a brain tumor. When, on a snowy evening a few days before Christmas, Dane sees someone huddled underneath an overpass, he offers the man a place to stay. Sayer Mills lost his job and subsequently everything he had and seems determined not to take advantage of Dane's kindness. Dane wants Sayer to stay, but he’s beginning to think maybe Sayer just isn’t into him. But a close call for Dane on the job finally jolts Sayer into making it a Christmas to remember.
Buy Kindle Version 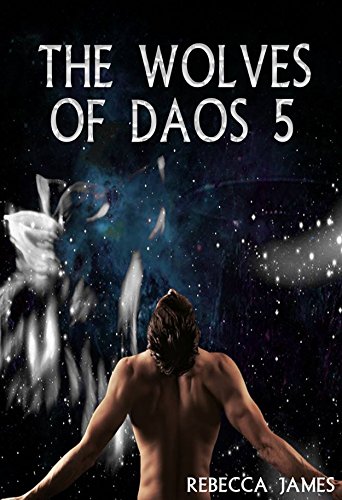 The Wolves of Daos 5

Michael has wrestled with anxiety his entire life, and finding out he’s half-werewolf doesn’t help matters. When bond-mate, Quinn, takes Michael to the werewolf colony, Michael finds more surprises in store for him, and some may be more than he can handle.
Buy Kindle Version 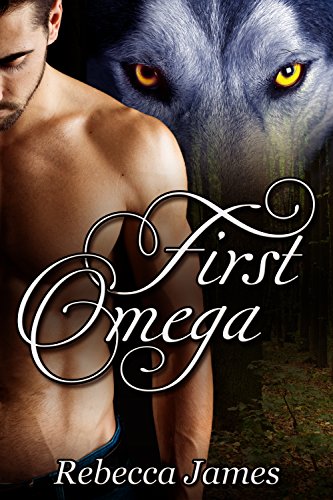 Nothing can prepare Josiah Kimbrel for what he finds when he enters the compound of the River Wolf Pack. As an ambassador of the human-werewolf congress, Josiah is keen to build bridges between the two species. Josiah is surprised to see how ‘normal’ things look in the compound; the wolves, all of whom are gay, live in family units, complete with children, in houses built from local materials. Then there’s River, the pack alpha. Josiah can't deny his attraction to the handsome, dominant wolf man. Josiah’s world is further turned upside down when he unexpectedly goes into heat. He doesn’t understand -- how can he be half-werewolf and an omega? River wants Josiah for his mate, but is Josiah prepared to leave everything he knows in the city and become first omega of a werewolf pack?
Buy Kindle Version
Buy Paperback Version 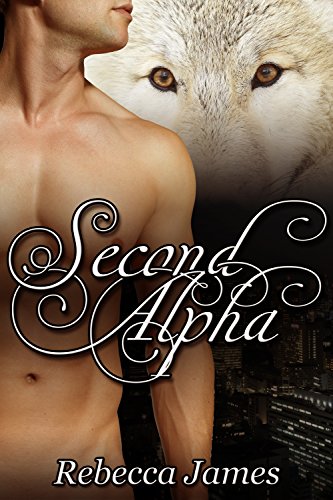 Sequel toFirst Omega As second in command of the River Wolf Pack, David takes his duty as ambassador to the Human/Werewolf Congress very seriously. With the threat of war, it’s more important than ever to strengthen human/werewolf relations. But the meeting at the werewolf compound doesn’t go very well. The humans find the homosexual, polygamous nature of the werewolves, along with the fact that the men can bear children, off-putting. On top of this, although David’s human lover Jax says he loves David, he is not willing to take the bite and become a werewolf himself. David doesn’t see how they can have a relationship, and even wonders if he would be better off mating with Brooks, an attractive beta in the pack. When David and Brooks are kidnapped by the vice president of the Congress, David has to think quickly to save his pack, even if it means throwing his own life away.
Buy Kindle Version
Buy Paperback Version 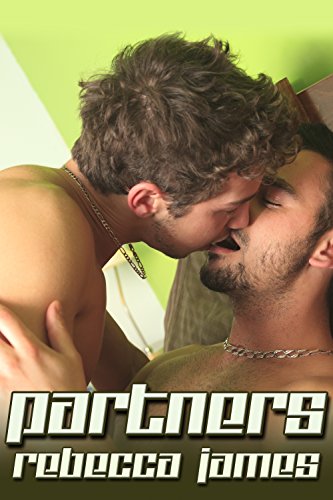 Nicco Santori and Rider Davies have been friends and partners on the LA police force for ten years. They’re closer than most married couples, and there’s nothing they don’t share. When Nicco sees Rider kissing a man, he realizes his partner has a secret Nicco doesn’t know about. Nicco’s more than shocked, he’s jealous, and he realizes he must confront Rider about what he saw. Perhaps more difficult than that, he must confront himself about the feelings for his partner he’s kept buried for so long. Can things work out between the partners? If so, Nicco may have something with Rider he’s never before dreamed possible. But if no, Nicco stands to lose it all.
Buy Kindle Version 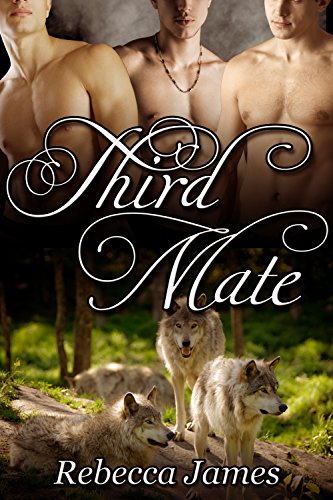 Sequel toSecond Alpha The winds of change are blowing through the River Wolf Pack compound. River, the pack alpha, has allowed rogue wolves, a coyote shifter, and humans to join the pack. Then there’s the twin girls that Josiah, River’s mate, has given birth to. A movement to return to more traditional werewolf ways is gaining momentum. In exchange for Leo’s help, Stone offers him the position of second alpha should Stone succeed in usurping River as pack alpha. Leo has his own problems -- his desire to rise within the pack wars with his dislike of Stone. With the addition of Sam and Foster into the mix, Leo’s personal life is no less complex. Jax knows he must make a difficult decision before he’s turned out of the compound. Should he remain human or accept David’s bite? He loves the alpha wolf, but he also has ties to the human world, ones he doesn’t want to sever. When David discovers Brooks is considering mating Stone, David determines to prevent it. Can Jax provide a solution to Brooks’s problem even if it means sacrificing his own happiness? Can River remain in charge of an increasingly fractured pack? Does he even want to?
Buy Kindle Version
Buy Paperback Version 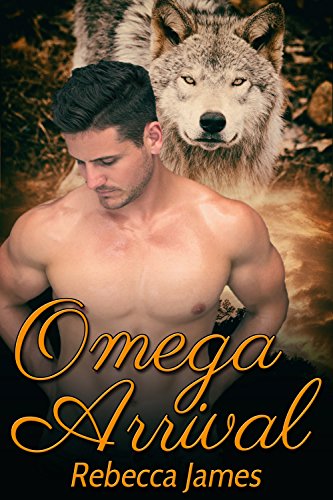 Emotions run high when five omegas are traded to the Angel Hills Pack, which has suffered a decline in population after an illness killed a fourth of its wolves. After a previous mating Justin would rather forget, he’s happy to leave his old compound and start afresh. A part of him hopes the gorgeous second-in-command alpha, Milo, will choose him for a mate. As memories of his life with Stone haunt his dreams, Justin struggles to make the right decision for himself as well as his four pups. Gabriel doesn’t want to mate at all, but as one of the traded omegas, he knows he doesn’t have a choice. He just hopes he’ll end up with a beta and not an alpha. How does he feel when he’s mated to both? Grey is the pack alpha of Angel Hills and he and his barren beta, Ian, want to start a family to continue the dynasty. Is that all they want Gabriel for, a breeding machine? When an intruder is detected in the compound, everyone is on high alert, especially as the new arrival proves remarkably adept at remaining hidden. Will the newly-created mating bonds be strong enough, or will rancor and bitterness win out?
Buy Kindle Version
Buy Paperback Version 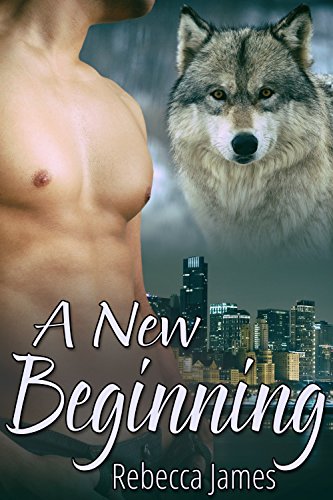 When tragedy strikes his small band of werewolves who’d been roaming the countryside in search of a new home after River had been ousted as pack alpha of his old pack, River reluctantly concludes life in Cascade city might be safer. However, tensions within the pack soon escalate when they’re forced to all live in the apartment rented by Jax, the human lover of David, the pack’s second in command. Knowing he needs money to buy better and bigger accommodation for his pack, River disappears for a few days and returns with a bag of gold chips he’s sniffed out from the Cascade River near his old pack grounds. Coyote shifter Foster’s true mate has made his presence known, but when the coyote alpha finally shows himself, Foster is faced with a difficult decision. Stay with the werewolves and risk his mate’s unhappiness, or leave those he’s come to love as family? Meanwhile, David continues to want to submit to Jax while being alpha to his beta mate, Brooks. Tension in the threesome grows as Jax’s reluctance to take the bite turns into flat-out refusal. Can their relationship survive this as well as Brooks pregnancy and David’s hyper-protectiveness of his werewolf mate? When Josiah suggests the pack admit rogue werewolves, River’s desire to please his omega mate wars with his responsibilities to his pack as he questions past decisions and Josiah’s influence on them. Will history repeat itself, leading to the downfall of the newly-formed Cascade City Pack?
Buy Kindle Version
Buy Paperback Version
Scroll to top