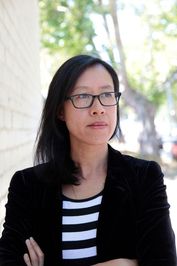 Rebecca Lim is a writer and illustrator based in Melbourne, Australia. Rebecca is the author of seventeen books, most recently The Astrologer's Daughter (A Kirkus Best Book of 2015 and CBCA Notable Book for Older Readers), Afterlight and Wraith. Shortlisted for the Prime Minister's Literary Award, INDIEFAB Book of the Year Award, Aurealis Award and Davitt Award for YA, Rebecca's work has also been longlisted for the Gold Inky Award and the David Gemmell Legend Award. Her novels have been translated into German, French, Turkish, Portuguese and Polish. She is a co-founder of the Voices from the Intersection initiative. 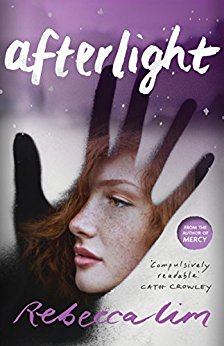 Longlisted, 2016 Davitt Awards, Best Young Adult Novel. From the acclaimed author of the Mercy series and The Astrologer’s Daughter. Since her parents died in a freak motorbike accident, Sophie Teague’s life has fallen apart. But she’s just enrolled at a new high school, hoping for a fresh start. That’s until Eve, a beautiful ghost in black, starts making terrifying nightly appearances, wanting Sophie to be her hands, eyes and go-to girl. There are loose ends that Eve needs Sophie to tie up. But dealing with the dead might just involve the greatest sacrifice of all. Dark, thrilling and unrelentingly eerie, Afterlight will take you deep into the heart of a dangerous love story, revealing the otherworldly—and deadly—pull of past wrongs that only the living can put right. Rebecca Lim is a writer and illustrator based in Melbourne, Australia, with a background in commercial law. Rebecca is the author of sixteen books for children and young adult readers, including The Astrologer’s Daughter (a Kirkus Best Book of 2015) and Afterlight. Shortlisted for the Prime Minister’s Literary Award, Aurealis Award and Davitt Award for best YA, Rebecca’s work has also been longlisted for the Gold Inky Award, the David Gemmell Legend Award and the CBCA Book of the Year Award for Older Readers. Her novels have been translated into German, French, Turkish, Portuguese and Polish. ‘Sophie is a great, realistic character, who is understandably flawed and is just like any other teenager, trying to fit in at school.’ Guardian ‘I loved it. The intensity, especially with the last few chapters was unexpected and had me on the edge of my seat. I adored Sophie's character, who readers will not only find likeable but also relatable. Rebecca Lim is a wonderful Aussie author who’s taking our own brand of young adult to the world.’ Diva Booknerd ‘A dark premise, an unpopular outcast heroine, a beautiful and brooding love interest and a mystery.’ Books+Publishing ‘Afterlight has all the ingredients that make up an enthralling read...For those who just like an exciting read that pulls at the heartstrings and ensures some terrifying moments, Lim has ensured that the action is fast paced and the characters are really believable.’ ReadPlus ‘I am 85% sure Rebecca Lim is not of this world.’ Steph Bowe ‘Afterlight is a slight, hair-raising novel with plenty of suspense and some nice little twists. Four stars.’ Middle Chapter ‘[Afterlight has] a dark premise, an unpopular outcast heroine, a beautiful and brooding love interest and a mystery.’ Books+Publishing ‘Afterlight is an eerie little book, full of ghosts and loose ends, biker gangs and high school drama…There is also something compelling about Rebecca Lim’s characters, none of whom fit a cookie-cutter mould.’ Otago Daily Times ‘From author Rebecca Lim who has just been nominated for a Prime Minister’s Literary Award, comes this dark, otherworldly and dangerous love story.’ Essential Kids, Best Australian YA Books for Teens, 2015 ‘This novel sucked me in straight away…will be looking for the next one in the series.’ NZ Book Council ‘A gorgeous work of magical realism...She’s an expert at telling these stories, where the natural world brushes against the supernatural with unexpected consequences.’ Speculating on SpecFic
Buy Kindle Version
Buy Paperback Version 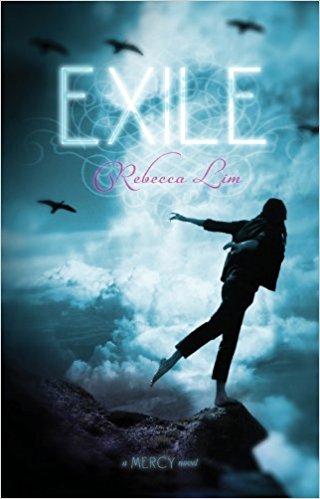 Mercy is an angel in exile and is doomed to return repeatedly to Earth, taking on a new human form each time she does. Now she "wakes" as unhappy teen Lela, a girl caring for her dying mother but never herself. As Mercy's shattered memory begins to return, she remembers Ryan, the boy she fell in love with in another life, and Luc, the angel haunting her dreams. Will Mercy risk Lela’s life to be reunited with her heart’s true desire? An electric combination of angels, mystery and romance, Exile is the second book in the undeniably mesmerizing Mercy series.
Buy Hardback Version 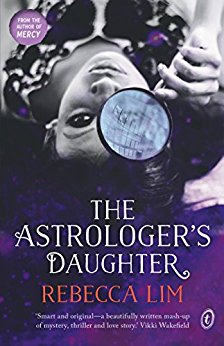