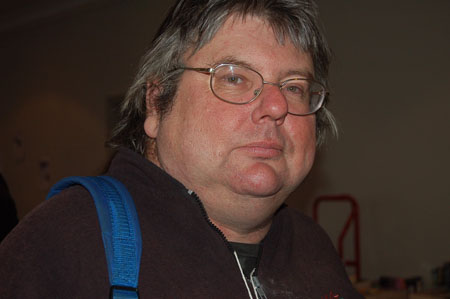 Rick Kennett is an Australian writer of science fiction, horror, and ghost stories with several published books and many stories in a wide variety of magazines, anthologies, and podcasts. The novella The Devil and the Deep Blue Sea and the novella In Quinn's Paddock feature his reoccurring character Ernie Pine, the “reluctant ghost-hunter." Another reoccurring character is genetically engineered Martian space girl Cy De Gerch, who appears in the novel Presumed Dead and the collection Thirty Minutes for New Hell. Some of Kennett's work is science fiction, but some of his science fiction stories feature ghosts, thus his work crosses genre boundaries that are often kept separate.
The St. James Guide to Horror, Ghost & Gothic Writers points out that Kennett is "really the one Australian writer to have produced a substantial body of work in the ghost-story field." While Rob Hood and Terry Dowling have also produced significant quantities of ghost stories, Kennett's concentration on the genre makes him the leading specialist in Australia.
Reggie Oliver, reviewing 472 Cheyne Walk: Carnacki, the Untold Stories, has called Kennett "prodigally inventive" and Peter Worthy of Black Book webzine has called the book "a dazzling continuation of William Hope Hodgson's Carnacki the Ghost-Finder." 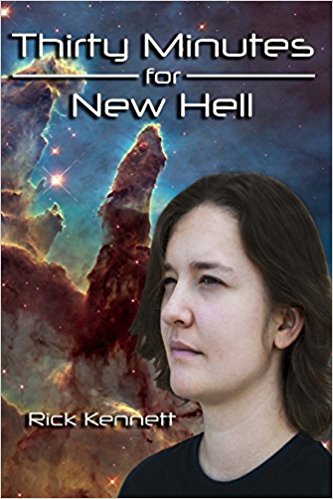 As a child on Phobos: She sits watching, thinking it is another six year old, but can’t decide if it’s a boy or girl. The skin on the blotchy-red face is stretched and shiny. The eyes are lost in deep sockets, the mouth is toothy in a perpetual grin and the nostrils on the hooked nose open and close, as if sniffing for her. ---------- As a cadet on Mars: Hitting the general frequency, Cy yelled words she thought she’d never hear herself say: “Guard Point South! Intruder alert! Intruder alert!” ---------- As a gunnery officer in space: Peters glanced at De Gerch. She didn't seem to be listening to Scanner Room at all, and her breathing came shallow and rapid in his earphones. Captain Brown, watching his weapons repeater, saw the cross-hairs leave the target, go hunting across the screen. Frowning, he leaned forward, cold with doubt. ---------- As captain of a starship: “Mr Peters ...” Captain Cy De Gerch hesitated an instant, then said what she'd always wanted to say: “Engage! Engage! Engage!” ---------- A free wheeling teenager, genetically engineered to meld with a starship's weaponry system: Antigone Pitra flinched with offence and shock. “You're insane!” “Oh, I hope so,” said Cy. “I hope I'm utterly certifiable.”
Buy Kindle Version
Buy Paperback Version 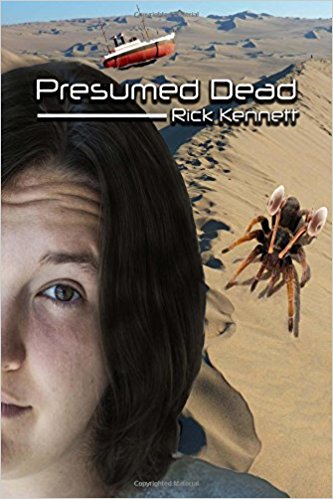 Being genetically engineered as an integral part of a starship's weaponry system for the Martian Star Corps is something Lieutenant Cy De Gerch deeply resents. When a failed war game leaves her marooned on an uninhabited planet with a monster intent on destroying her, Cy sees this as an opportunity to desert the Corps with an almost clear conscience. The ghosts of two former lovers, one male, one female, and an alien spider cross-dressing as a lobster have other ideas.
Buy Kindle Version
Buy Paperback Version
Scroll to top