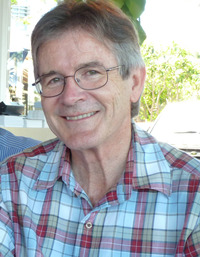 Lives in Brisbane, Australia with his wife, daughter and manic poodle. Plays trumpet for various musical theatre companies and community orchestras. Urgus the Scribe is his first published novel. 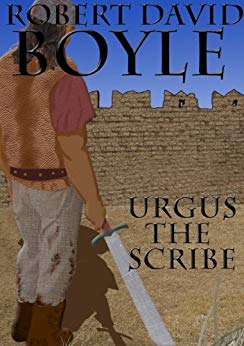 Sometimes it takes an outsider to recognize what is worth saving. A city is in decay, and peril. In desperation its aristocratic leader and his troubled daughter turn to the Gatherers, the tax collectors, to defend them. Despised by the citizens they serve, the tough Gatherers, under Hector, their brooding, semi-civilized chieftain, fight heroically to save a culture in which they have little part. And midst it all there is Urgus the Scribe, recording the violence and gallantry about him while wriggling out of every danger. And making time to satisfy - he thinks - the desires of the society ladies...
Buy Kindle Version
Scroll to top