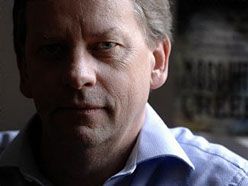 Robert Engwerda was born in the Netherlands, his family migrating to Australia and settling in Northern Victoria. His occupations have included fruit picker, factory worker, clerk, secondary school teacher and educational publisher.

Robert’s first novel, Backwaters, was longlisted for the prestigious Miles Franklin Award in 2005 and in 2007 he won a place in the Australian Society of Authors' mentorship program.

Mosquito Creek was published by Penguin in 2010.

The Summertime Dead and Whistle Down The Wire were published on Amazon in 2016,
Harvest in 2018. 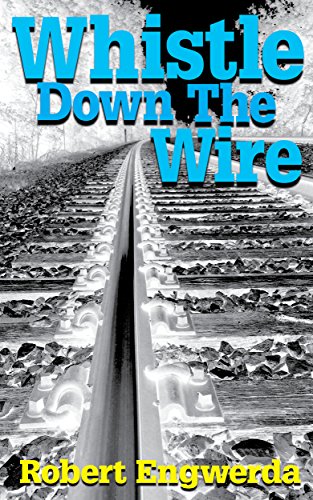 Whistle Down The Wire (A Mitchell Mystery Book 2)

On a wet winter’s night in 1967, Harry and Dianne Colston are killed when their car collides with a freight train near the town of Mitchell. But from the outset Senior Sergeant Lloyd Cole suspects it might be more than just a tragic accident. Making his way through heavy rain to the Colstons’ property later than night, he finds the disturbing sight of a toddler left home alone. He phones Harry’s sister, Linda Fantasio, who arrives and takes possession of the child. But something about her strikes him as being off-putting, and not quite right. Cole soon enlists the help of his new constable, Christine Sheridan, in revisiting the accident scene. There they see signs that only reinforce Cole’s suspicions about the crash. With few obvious clues to go on, however, Cole begins investigating the dead couple’s past and discovers that more than a few people had an axe to grind with the Colstons. Untangling the farmer’s messy dealings leads him to neighbouring landholders with their grievances, horse and cattle traders, the town’s illegal bookmaker and his sidekicks, as well as to the wealthy Kinross family. But buried deepest in the Colstons’ affairs is Harry’s hairdresser sister and his wife Dianne’s down at heel family. When Harry’s will surfaces and makes no mention of his child, everything left instead to Fantasio and Dianne's family, Cole is convinced something is wrong. But as he tries to tease apart the mystery he is hindered on discovering his new constable is getting too close to one of their suspects. And that he can’t trust his station staff to keep their mouths shut. He soon realises the investigation is his and his alone. As Cole digs deeper into the Colston mystery he finds family pitted against family, and sees that money drives everyone’s ambitions. An attack aimed at him personally blows away any idea he might have had that the Colstons’ deaths were accidental. But the reasons behind the Colstons’ deaths are more complicated than Cole first thought, and don’t belong just to the present. The more questions he asks, the more he understands that the Colston family has secrets buried deep in the past. But answers don’t give themselves up easily. Was the motive for the Colston killings financial or personal? And was Harry or Dianne the real target? And who had the strongest motive of all for wanting them dead? When the past reaches out to strangle the present, and Cole finally understands the truth about how and why the Colstons died, he uncovers the most shocking revelation of all.
Buy Kindle Version 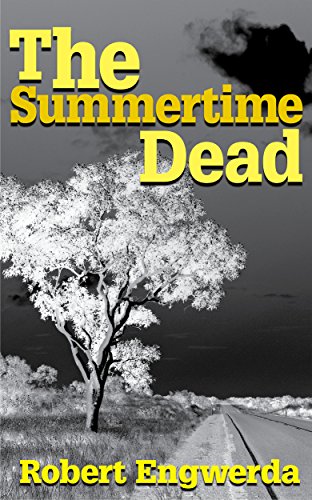 When a teenage girl and boy go missing from Mitchell everyone has a theory about what happened to them. Most in town think they’re runaways. Others suspect their families or marijuana growers as rumours and gossip abound in the orchards and farms of Victoria’s northern plains. But when the brutally murdered teenagers’ bodies are discovered in an isolated paddock a fortnight later, the town’s attention quickly turns to its itinerant, summertime population and to the dead girl’s boyfriend, Lee Furnell. It’s 1966 and times are changing, even in rural Victoria. Bob Dylan is on the radio, Elvis Presley on the television. But change doesn’t sit comfortably with everyone in Mitchell and the arrival and brash methods of Detective Gene Fielder and his two junior detectives from the Melbourne Homicide Squad raises temperatures inside and outside the local police station. For Fielder is out for a quick end to the case when there’s little evidence to support his belief that Furnell is the killer. And when his suspect doesn’t confess, Fielder steps outside of the law to get Furness where he wants him. Fielder’s methods stand in stark contrast to those of Mitchell’s police, led by Senior Sergeant Lloyd Cole and Sergeant Terry Holloway. Cole is methodical, practical and mindful of local sensibilities. For him there is no obvious suspect and in having to deal with the abrasive Fielder tensions soon begin to run high. As Cole and Holloway grapple with Fielder and a vexed investigation they and their wives, Nancy and Audrey, have their own battles to fight. Cole’s vice is gambling; for Nancy it’s drinking. Audrey Holloway feels trapped in a loveless marriage while her husband is cornered by something much more sinister. When they’re all under pressure the stress of the murder investigation turns their lives upside down. And for one couple their relationship will end in the worst possible way. While Cole confronts his personal and professional challenges and quietly gathers his clues, the force Fielder applies to his only suspect becomes the spark for another tragedy, inflaming feelings in the town and further escalating the ill-feeling between him and Cole. It then becomes a race against time for Cole. And how does the spate of home burglaries and nocturnal thefts in town and the earlier disappearance of another girl four years earlier fit in with his investigations? What at first seems confusing, gradually takes shape as the clues Cole has been looking for begin to emerge. This crime novel explores the fallout of a double murder on a country town. It’s a novel about the rush to accuse, about changing attitudes and aspirations and, ultimately, about believing in your instincts and the pursuit of the truth.
Buy Kindle Version
Scroll to top